The concept of problem animal control varies from country to country and is as old as the first human settlement that abutted the wilderness. In most suburban neighborhoods across the United States, a problem animal might be a raccoon or something equally threatening getting into the trash. Half a world away in Mozambique on the Zambezi River, however, purportedly between two and four people disappear per week from hungry crocs. It’s a different problem, the weight of which will never be fully understood as these countries typically do not keep detailed population records or conduct censuses. But this shouldn’t diminish the seriousness of the problem as a sizable amount of people simply disappear when out doing mundane day-to-day chores like washing clothes by the riverbank or fishing for subsistence. Africa can be a scary place.

As Africa's largest crocodilian, the Nile crocodile is responsible for more attacks on humans than any other member of the crocodilian family, and Mozambique holds the record for the most annual attacks. Due to the environment of the Nile croc and its proximity to human dwellings, this reptile comes in frequent contact with humans, which explains the disproportionate number of attacks in Mozambique over other African nations with crocodile populations. An estimated 300 attacks occur annually in Mozambique, but again, that number may be much greater if reporting were more consistent and standardized. There really is no way to verify the number, but if it is indeed a low estimate, I for one find it more than a little disconcerting. 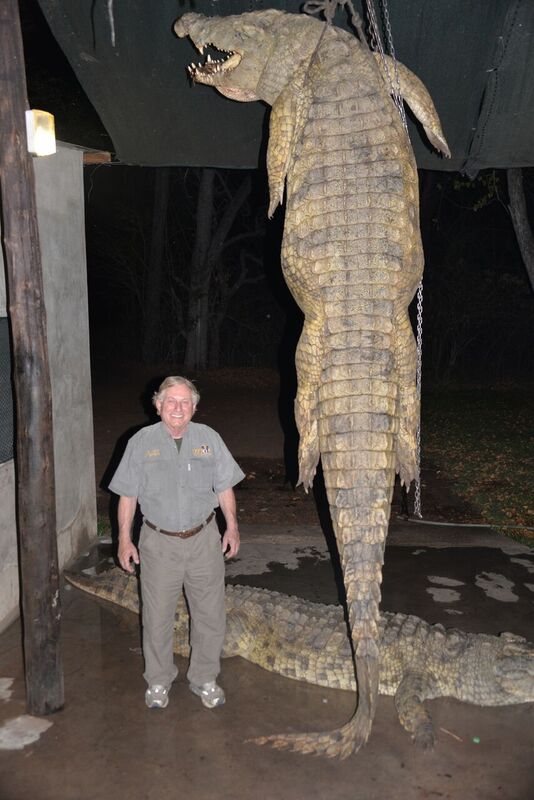 This photo should put things into clear perspective. Sixteen feet and 1,000-lbs of trouble.

Enter Bill Jones, the successful businessman from Alabama with a severe historical firearms habit. Jones has quite the collection featuring the renowned hunting rifles of Elmer Keith, Philip Percival and Ernest Hemmingway to name but a few.

Combine a love—no, an obsession—for old historic hunting rifles, and a pretty severe big-game hunting affliction, and Bill Jones is the result of the perfect melding of these two distinct personality types. Jones, in this author’s humble opinion, is no ordinary collector. He possesses all of the necessary attributes to truly appreciate the splendor of actually hunting dangerous game in Africa with Ernest Hemingway’s Westley Richards .577 Nitro Express double rifle. An addition to his extensive collection isn’t necessarily sealed in a safe or contained in a vault and relegated to being handled sparingly with white gloves. No, Jones' appreciation of historical firearm perfection is much greater than the aforementioned stereotypical collector. He understands the real reason these purpose-built firearms were manufactured and, irrespective of the cost and value associated with firearms with such lofty pedigrees, these priceless pieces were never intended or designed to languish in a gun cabinet or safe. No, their purpose is very singular in scope. A rifle like Ernest Hemingway’s .577 double was meant to slay dragons. Simply put, he gets it.

Jones' hunting habit is sated every year with forays to the Dark Continent. When you spend as much time in Africa as he does, certain opportunities can present themselves. In a land with a whole slew of animals that can be labeled dangerous, the moniker is warranted by the fact that so many people die there every year as a result of contact with predators (and animals that are not predatory by nature but still present a viable threat to man). That being said, by exercising dominion over potentially dangerous crocodiles, via a large caliber rifle, the threat to the civilian population decreases, in no uncertain terms.

Even in the United States, where alligator hunting is allowed, typically the larger specimens are targeted by hunters who inadvertently take the most dangerous animals out of circulation. The potential threat by alligators is more often than not propagated by the larger animals in that they know that their limitations aren’t as narrowly defined as smaller members of the species. So, man becomes a viable target and potential food source, albeit rarely. Conversely, the Nile crocodile has demonstrated a real propensity to attack and eat humans. 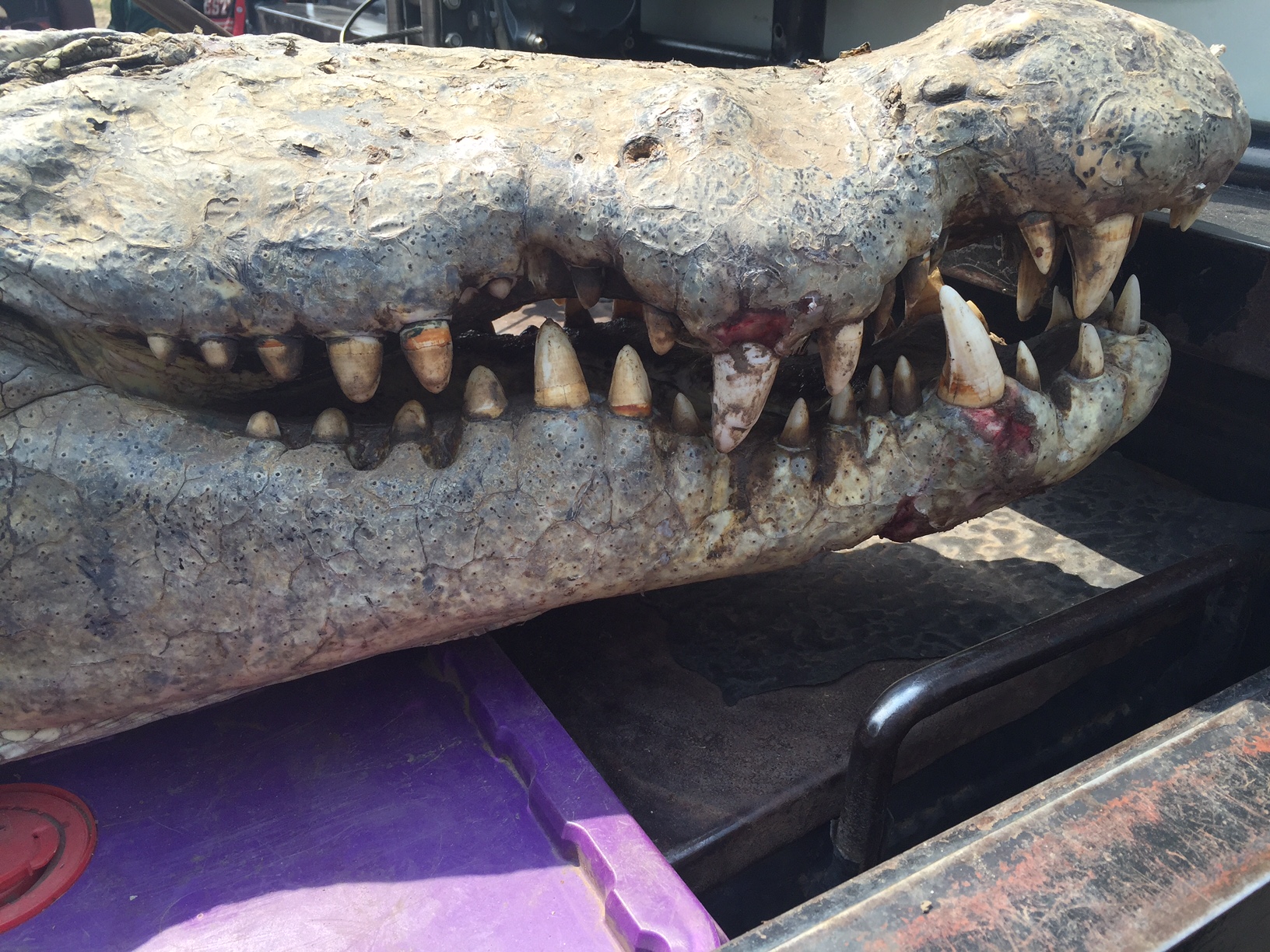 The business end of a Nile crocodile.

The opportunity to render a village near the Zambezi a safer place to inhabit has become a part of Bill Jones’ yearly safari experience. To date he has killed upward of 50 of these very large reptiles and sent them on to the purse maker. Removing a 16-foot-long crocodile from the murky waters of the Zambezi means there is one less predator for the locals to contend with—and maybe a few lives to be spared and a chance to live to old age. Bill Jones is an unabashed crocodile hunter, make no mistake. That his passion for crocs makes parts of Africa a safer place is an intended consequence that has a tangible impact on the local population.