Hunters for the Hungry: Uniting to Help Those in Need

For 25 years American hunters have helped to fight hunger by sharing their game harvests with those less fortunate through Hunters for the Hungry (HFTH). Established in 1991, the state-by-state cooperative effort brings together hunters, sportsmen’s associations, meat processors, state meat inspectors and hunger relief organizations feed those in need. 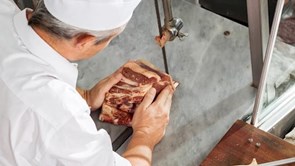 Recognizing how millions of hunters are able to harvest more than they can eat or share with friends and family, NRA Hunter Services began working with state agencies to put interested hunters in touch with area start-up programs. Today the NRA maintains an information clearinghouse to link hunters with participating meat processors who will accept their field-dressed deer or other wild game for processing, packaging and food-bank distribution. The NRA fosters public awareness through education, fundraising and publicity and reports that state-based HFTH programs have secured millions of pounds of protein for U.S. food banks to date.

For more information or to search for processors by zip code or city and state, visit hfth.nra.org, call 800-492-4868 (select option 3) or e-mail [email protected].

Note: Because states have different regulations regarding the meat donation process, be sure to check with your local drop-off location in advance.

Foresight and Funding
"The one characteristic more essential than any other is foresight... It should be the growing nation with a future which takes the long look ahead." -Theodore Roosevelt

While American hunters continue to donate meat to their local communities and meat processors and hunger relief groups donate portions of their services, success depends on the ability to offset hefty meat-processing costs. For example, while Virginia ranks at the top of the list of states regarding the pounds of donated meat from hunters through Virginia Hunters Who Care, the program turns away thousands more pounds due to a lack of funding. 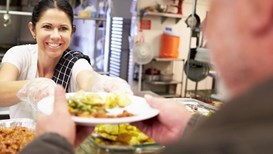 “This is where conservation groups like the NRA can organize to ensure these venison distribution programs do not fall victim to their own success,” said then-NRA president, the late Thomas L. Washington, on July 21, 1995, when initial state HFTH programs were in their infancy. The NRA was about to co-host its second Governor’s Dinner to Benefit the Hungry with then-Virginia governor George Allen, who had declared Jan. 6, 1995, “Virginia Hunters for the Hungry Day.” More than two decades later, the movement continues to shed light on the benefits of hunters and hunting—and on the value of a nutritious, high-protein, low-cholesterol meat source many less fortunate Americans would otherwise do without.