Do Non-Hunters Get It?

Once upon a time I hunted a grouse and woodcock covert that was as perfect as you could imagine. It was set back from the dirt about half way down a long winding road. It was off the beaten path, which was partly why Dr. Walker bought the old farmhouse and the land.

Dr. Walker was an English teacher at a school in Pennsylvania so he was free for the summer. When school let out he would pack up his family and head to the mountains.  Sometimes he’d take his kids fishing for trout and smallmouth bass, other times he’d paddle his wife, Emma, around the pond in his canoe, and other times they’d lie in the 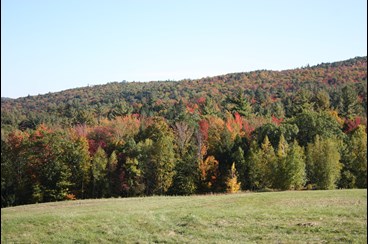 hammock and drink lemonade. Theirs was a wonderful life.

The real reason Dr. Walker bought the farm was to run his English setter. He and his dog, named Apple after the trees in the back, had fun chasing birds in the woods. His neighbor was a logger who selectively cut the land, and there was a constant supply of primary forage. Hunters conserve wildlife, so there were lots of birds, too.

As time passed, the Walker kids grew up, got married and started their own families. Their visits became shortened. When Dr. Walker died, they stopped making the trek.  Emma moved into the farm, for it was the only way she could remain connected to the man she loved.

I learned all this and much more about 20 years ago by happenstance. I had driven past the dirt road countless times en route to my usual spots. My quest for new coverts finally made me take a right on the nameless dirt road and I could hardly believe my eyes.

Behind the farmhouse was a hayfield rimmed by a spectacular white birch run. It was rectangular in shape, spanned 40 to 50 acres and held several seeps. A cross the road was a hillside that sloped down to a lake. There were a dozen or so old apple trees and thick patches of grapes and raspberries. A stacked stone wall outlined the perimeter metes and bounds. I hoped my setters wouldn’t bark as I knocked on the front door to ask for permission to hunt the land.

Emma, I called her Mrs. Walker, and I chatted only for a few minutes before she gave me permission. She told me to park behind her barn for privacy and to have fun exploring the woods as her husband and Apple once did. And so I belled a young setter and figured I’d work her on woodcock in the white birch run and then swap her out for a fresh setter with more experience to work the grouse. I set off with high hopes.

I hadn’t set high enough expectations. In my inaugural run I moved a dozen woodcock in 45 minutes and on the hillside I broke up a brood of grouse and had five other starts. The covert became my favorite—not just because of the high bird counts but because it was picture perfect. I named it the Doctor’s Wife’s Covert.

I hunted it for years. Mrs. Walker poured lemonade and ice tea and then added sandwiches and cookies. Visiting with her was as important as the hunt itself. 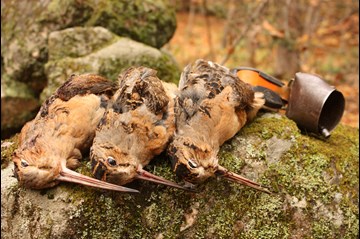 By now she was aging gracefully, so I'd set aside time to haul in firewood for her or fix a leaky faucet. I'd listen to wonderful stories from a woman who missed her husband and kids.

One fall I drove to the farm in the dark. The station wagon wasn’t parked in the barn, the rocking chairs weren’t on the porch and all of the lights were turned off. After my hunt I sat on a split-rail fence I had repaired and drank a warm soda by myself. I checked back every week—and every week I missed Mrs. Walker all the more.

I never saw the “for sale” sign, the “sale pending” sign or the “sold” sign. I did not drive down the road after hunting season, but returned for opening day the following year. There I found a lush green field where the white birch run used to be. The barn was jacked up, a new foundation was going in and an addition was being built on the front to capture the views of the lake that now could be seen since the trees were gone. I looked around for a long time and then drove off in silence. I have not been back.

Several years later I met a hunting buddy for lunch. When I arrived at the local diner I saw him talking with a couple from the city. I walked up and met them. “We just love being out in the country,” they said, “and that’s why we bought the Walker Farm. We did a lot of work on the place, and there is still more to do. The previous owners didn’t care for it very well you see. I don’t think they really liked the place but we think it’s wonderful. The realtor told me that hunters used to shoot birds in the back so we figured we’d cut down the woods and plant some grass. You know, to keep the birds safe.”

“Are there a lot of birds back there now?” I asked.

“I haven’t seen any recently,” one of them said. But then again, I really haven’t checked.  It does take quite a while to mow the grass, though. Maybe we should put in a pool.”