I had always heard great things about U.S. Congressman and now U.S. Secretary of the Interior Ryan Zinke through my friend Jeff Sipe, owner of the Montana Rifle Company, who knows him personally and regularly talked up his work on behalf of Montana sportsmen. So it is no surprise American hunters have been in good hands since President Trump named Zinke to his current role. Zinke’s latest demonstration of commitment to our outdoor traditions came on Aug. 9 when he announced a proposal to open or expand hunting and fishing on 10 national wildlife refuges. If finalized, the Department of the Interior (DOI) says this will increase the number of refuges that permit public hunting to 373 and the number of refuges that permit fishing to 312.

“I grew up in the mountains of northwest Montana, where I spent my time hunting and fishing on our shared public lands. I was lucky to take my boys out on the same land that my dad and granddad took me,” said Zinke in an official DOI news release. “As the steward of our public lands, one of my top priorities is to open up access wherever possible for hunting and fishing so that more families have the opportunity to pass down the heritage. The last thing I want to see is hunting and fishing become elite sports. These 10 refuges will provide incredible opportunities for sportsmen and anglers across the country to access the land and connect with the wildlife.” 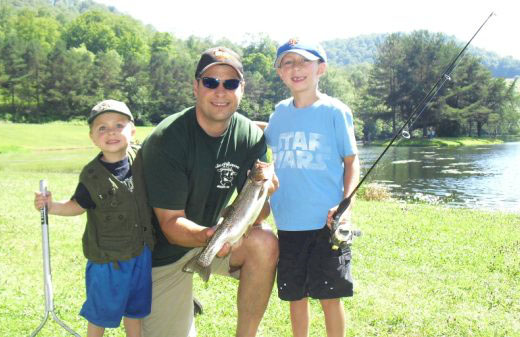 In a statement from the NRA Institute for Legislative Action (NRA-ILA), NRA-ILA Executive Director Chris Cox said, “I would like to thank Secretary Zinke for continuing to champion the rights of America’s hunters and anglers. By providing additional access to more public lands for hunting, he is restoring a common sense approach to our nation’s wildlife management policies.”

Under the supervision of Secretary Zinke, the U.S. Fish and Wildlife Service (USFWS) continues to manage hunting and fishing to maintain sustainable wildlife populations while also offering other wildlife-dependent recreation, such as wildlife observation and photography, on public lands. Thanks to America’s network of 566 national wildlife refuges and 38 wetland management districts, there is a national wildlife refuge within an hour’s drive of most major metropolitan areas. Worth noting, the National Wildlife Refuge System Improvement Act of 1997 elevated six wildlife-dependent uses—hunting, fishing, wildlife observation and photography, and environmental education and interpretation—as “priority public uses” of the Refuge System. The NRA was the lead non-governmental organization (NGO) in getting that language inserted in the Act. We can thank NRA board member Don Young for his leadership on that legislation.

“With Secretary Zinke's leadership, the team at the Fish and Wildlife Service is happy to expand hunting and fishing opportunities where they are compatible with wildlife management goals,” said USFWS Acting Director Greg Sheehan, who I talked with at the 2017 Western Hunting and Conservation Expo in February where he touted the importance of protecting our outdoor heritage. “Sportsmen and anglers play a huge role in the conservation of wildlife and their habitat, so it only makes sense that refuges provide opportunities for folks to get outside to hunt and fish,” Sheehan added.

The proposal is set to expand or open hunting and/or fishing on the following refuges:


The USFWS is accepting comments from the general public for 30 days regarding the proposed rule, which published in the Federal Register on Aug. 10, 2017. Comments must be received by Sept. 8, 2017. For more information, visit www.regulations.gov, docket no. FWS-HQ-NWRS-2017-0005.

The DOI news release plays up the fact that national wildlife refuges provide vital habitat for thousands of wildlife species and access to world-class recreation, including hunting, fishing, boating, wildlife viewing and environmental education. In doing so, they support regional economies to the tune of $2.4 billion dollars per year and support more than 35,000 jobs. For more information on American hunters’ role in our national wildlife refuges, see “Hunters’ Role in National Wildlife Refuges,” by Mark Damian Duda of Responsive Management, recipient of the 2016 NRA Hunters’ Leadership Forum Distinguished Leadership Award.

So in getting back to my friend Jeff Sipe’s comments about our U.S. Secretary of the Interior, we American hunters are fortunate to have this fellow hunter and fisherman running the show. As Secretary Zinke looks out for our natural wildlife resources, it is clear he will continue to support the hunting and fishing activities that maintain them.