WARNING: This story contains a disturbing image from the Washington Post of one of the poached elephants.

For those who missed the breaking news over the holiday weekend, the remains of 87 poached elephants were found near a noted wildlife sanctuary in Botswana—many of which multiple news sources say “bore brutal injuries consistent with them being killed for their tusks.” Poachers had attempted to conceal the “mounds of rotting flesh” with bushes. In addition to the elephants, five white rhinoceroses also had been poached from the area in recent months. 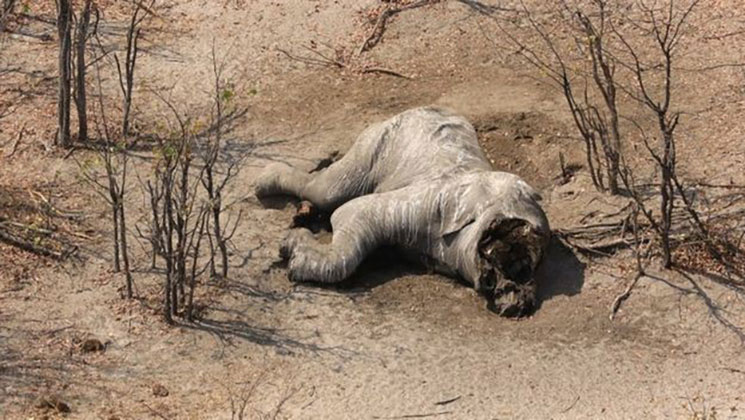 The dramatic rise in poaching comes after a controversial decision made by Botswana’s government in May to disarm the country’s armed and well-managed anti-poaching units. It went against Botswana’s former “shoot to kill” stance on poachers. One must wonder why this decision was made.

“The scale of elephant poaching is by far the largest I’ve seen or read about in Africa to date,” said Mike Chase, founder of the conservation group Elephants Without Borders to the BBC. “People did warn us of an impending poaching problem and we thought we were prepared for it.”

Referencing the fact Botswana has the world’s largest elephant population—130,000 elephants—Chase added, the issue “requires urgent and immediate action by the Botswana government. Botswana has always been at the forefront of conservation and it will require political will.”

Hunting Is Conservation
Speaking as a hunter-conservationist, this is another example of what can happen when a country bans hunting, which Botswana did for elephants in 2014. When you take away the value of the majestic elephant, those who live among them will lose all incentive to protect what can be a very destructive animal.

As shocking as this story is, the poaching is probably even worse than what we know. How many cases have yet to be discovered or reported? This poaching frenzy doesn’t happen when hunters are in the mix.

According to the Washington Post, officials recently said they would begin to consider lifting the elephant hunting ban in areas not designated as game reserves or national parks.

Editor’s Note: As NRAHLF.org tracks this issue, please watch for further details as they develop.