Another Hunter Kills A Grizzly Bear in Self-Defense

In what is becoming an all-too-common occurrence, a Montana hunter recently killed a charging grizzly bear in self-defense.

As Fox News reported on Tuesday, “The hunter, whose identity was not released by Montana Fish, Wildlife & Parks (FWP), encountered the bear in the Eureka Basin in the south Gravelly Mountains. He reported his actions the same day. The hunter was not injured, according to a news release. Montana FWP has not released further details amid its investigation.”

Turns out, there were two other similar grizzly bear incidents in the West Yellowstone area just the week before the above-referenced attack, with two other bears dispatched by hunters who feared for their lives. And in September, Fox News noted, “Four hunters reported being attacked by grizzlies in Montana—in three separate incidents—during a 10-day period in September. The hunters survived but sustained moderate to severe injuries. Those attacks also happened in the Gravelly Mountains.” 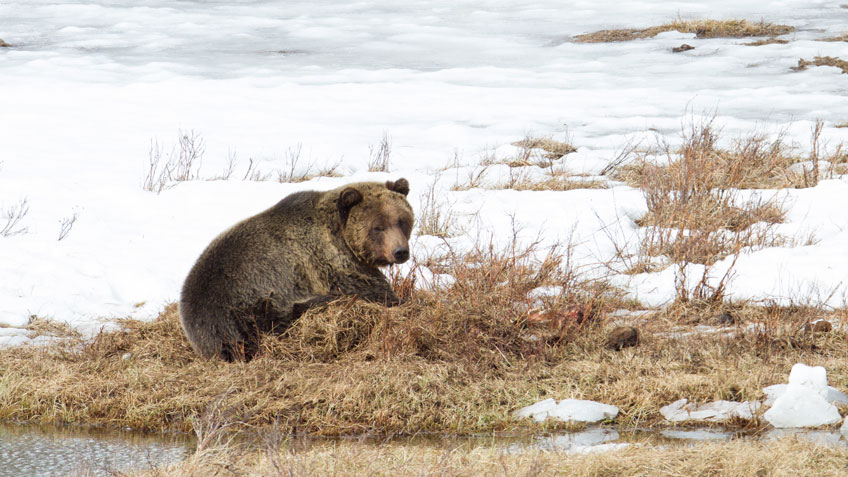 This grizzly bear is feeding on a buried bison carcass at Blacktail Pond in Yellowstone National Park. (Image by Jim Peaco.)

As a related article in USA Today reported, the Montana FWP all but predicted dangerous bear encounters two weeks ago as the state’s fall bird-hunting seasons got underway and it cited an unusual abundance of bears in prime hunting areas in advance of winter hibernation.

“This autumn is like no other I can remember in many years,” stated Mike Madel, a bear management specialist for FWP. “Grizzly bears are actively moving, searching for natural foods lost in the two recent snowstorms on the [Rocky Mountain] Front.” With Montana’s general hunting seasons for deer and elk currently underway, FWP has repeatedly warned hunters to be “bear aware” when in the field and to take the necessary precautions.

With Montana’s general hunting seasons for deer and elk currently underway, FWP has repeatedly warned hunters to be “bear aware” when in the field and to take the necessary precautions.
“Grizzly bear distributions have expanded to and become denser in areas in western and central Montana where they haven’t been in recent decades,” FWP stated in a news release. “Bears can remain active—even at low elevations—through December, and some grizzlies will even roam around for brief periods anytime during the winter.” Fearsome predators, with no hunting seasons on grizzly bears, they do not fear humans, and grizzly-human attacks are on the upswing as bear populations have swelled.

Ignoring the need for such scientific wildlife management, as reported for this website in September 2018, a federal judge overturned the U.S. Fish and Wildlife Service’s sound decision to delist grizzly bears in the Greater Yellowstone Ecosystem (GYE) from Endangered Species Act (ESA) protections. Siding with animal rights extremists, the judge moved to relist the bears despite that they had fully recovered to the point that human-grizzly conflicts remain on the rise.

For another example of how grizzly bears, like all wildlife species, need to be managed, the NRAHLF.org article “A Grizzly Double Homicide in the Yukon” reported that 37-year-old mother and teacher, Valerie Theoret, and her 10-month-old daughter, Adele, were killed by a grizzly bear outside a cabin in the Yukon two months later on Nov. 26. “She was on maternity leave,” reported CTV News. “The child’s father, Gjermund Roesholt, returned to the cabin around 3 p.m. after a day spent on a trapline. As he approached the cabin the bear charged. He shot and killed the grizzly and then found Valerie and his daughter dead.”

Meanwhile, here in the United States, animal rights extremist groups keep using the courts to block grizzly bear hunts despite the fact the populations of the big bruins are way above goals established for them under the ESA. On Aug. 4, 2019, the USFWS published the official notice in the Federal Register that added GYE grizzly bears back to the Endangered Species Act (ESA) list as a threatened species, effective immediately. 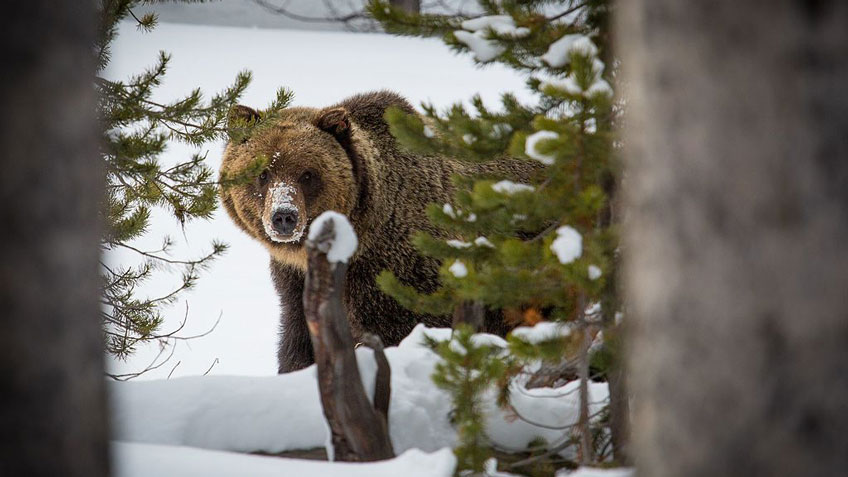 Biologists note that grizzlies are more active than normal this hunting season, so hunters need to "bear aware" at all times. (National Park Service image by Neal Herbert.)

The Truth about Recovered Grizzly Bears
For background on this issue, the USFWS’ first attempt at delisting the recovered GYE grizzly bears was in 2007. Anti-hunting extremist groups mobilized, sued the federal government and got the bear relisted to keep its management under federal government control. As this website reported, when the USFWS gave its proposed removal another go in 2016, “GYE grizzlies numbered more than 700—a number once thought impossible—and now are so densely populated in the GYE that they have expanded their wilderness range and in some areas are bordering rural farm/ranch lands. Instead of celebrating the species’ recovery—which at that point marked a 41-year conservation success story spearheaded in part by hunters—the antis dug in their heels yet again.”

One wishes the animal rights extremists cared as much for the lives and safety of people and would stop their obstruction of hunts to help manage the burgeoning populations of these fierce creatures.