Who says there is no free lunch? With hunting season in full swing, on Oct. 25 NRA Hunter Services and Hunters’ Leadership Forum (HLF) employees celebrated the freedom to hunt by commandeering the parking lot at NRA headquarters in Fairfax, Va., to host a free wild game lunch for fellow NRA employees. And judging by the lines at the various food stations, the tasty low-cholesterol, high-protein venison backstrap and tenderloin, pulled venison BBQ, goose kielbasa and waterfowl tacos were quite the hit.

As co-workers enjoyed the camaraderie, NRA Hunter Services and HLF staffers had met their goal: to share their bounty and introduce more people to wild game. In the works for five months, event planning included having NRA hunters spend a few fun days afield to harvest five whitetail deer just for the massive batch of pulled venison BBQ alone. One staffer even donated her first deer to the cause. 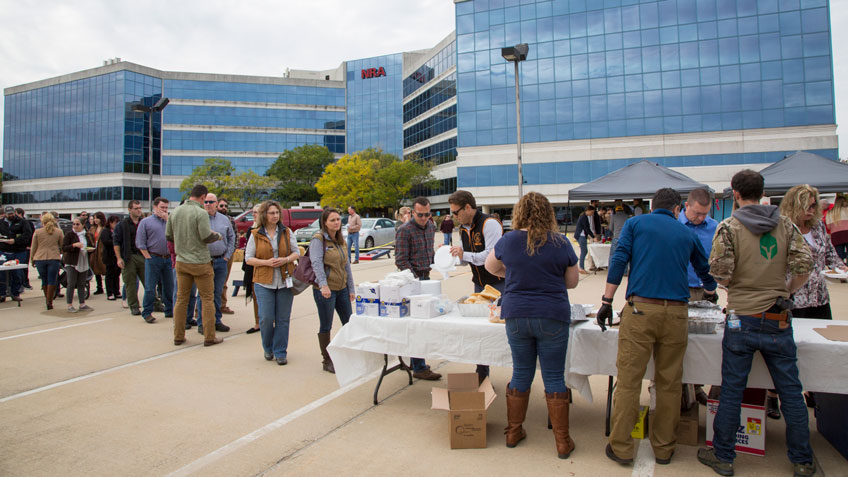 Employees didn't mind the lines at the inaugural NRA Wild Game Luncheon. The event is just one more way that NRA Hunter Services and NRA Hunters' Leadership Forum work to promote—even within the NRA—the rich traditions of our hunting heritage. (Image by NRA Publications.)

“It was a great chance for us as an institution to come together, celebrate the freedom to hunt and have some fun,” said Peter Churchbourne, a director with the NRA Hunters’ Leadership Forum, who was one of the hunters providing venison. “With all the pressures of our work, and the stress from the commute, it was a great way to meet some new people in different NRA divisions, enjoy the fall air and try the wonderful protein of venison and other wild game.”

Rather than serve up a typical lunch, NRA staffers turned it into a true celebration with one employee serving as a DJ, while some played cornhole and others socialized. It was such a hit there are plans to do a few of these types of events every year to bring our employees together for some fun.

Fortunately for those seeking a good venison recipe, Churchbourne is happy to share the one he used for the luncheon. “Now people can try it themselves and enjoy the rewards of taking their nutritious wild game, or the game given to them by the hunters in their lives, from field to table,” he said. 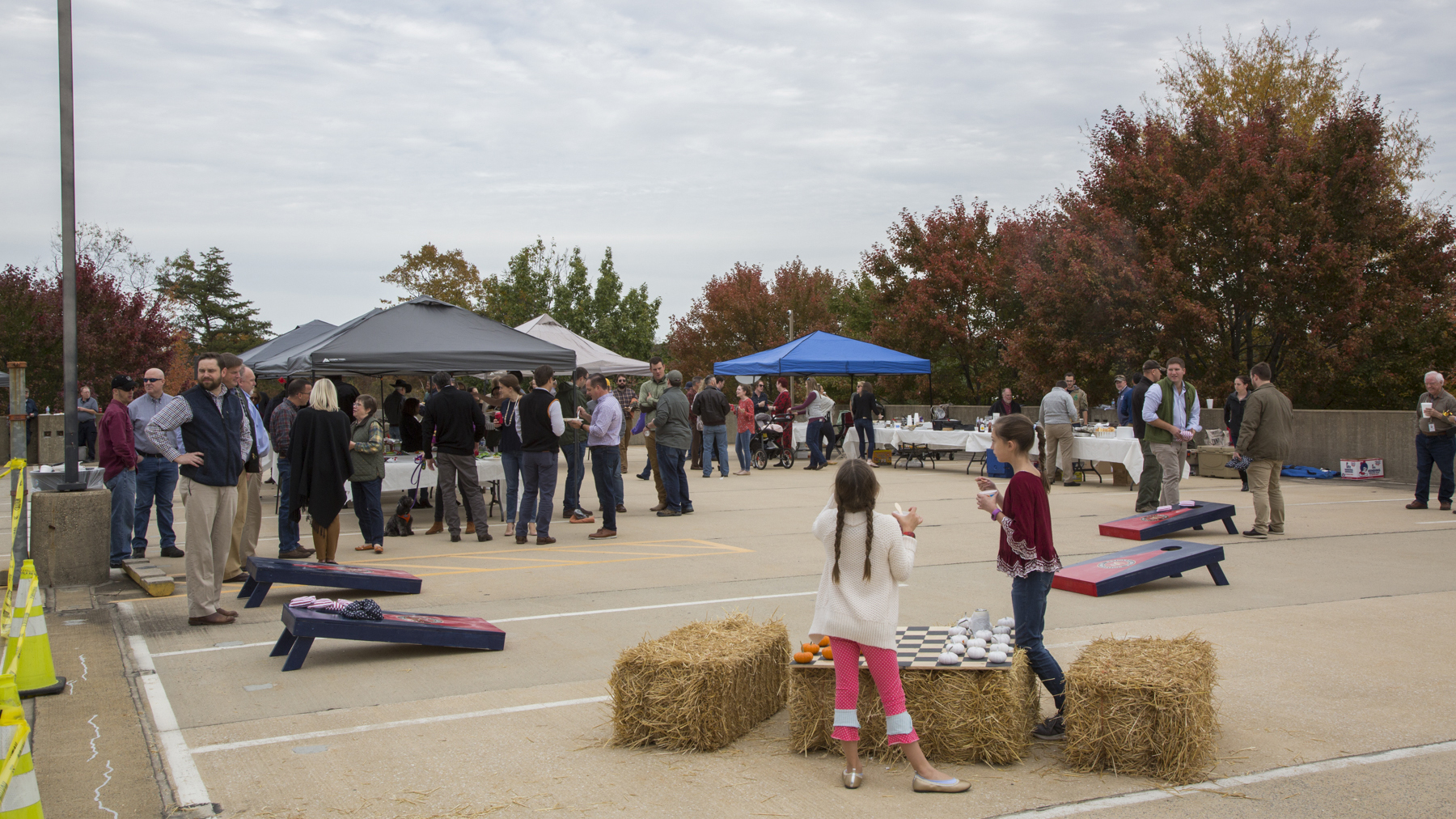 In addition to a mouth-watering selection of low-cholesterol, high-protein game meat and all the fixings, there were plenty of activities for family members. (Image by NRA Publications.)


About the Author: Karen Mehall Phillips is the director of communications for the NRA Hunters’ Leadership Forum and senior editor of NRA’s American Hunter. An avid rifle and bow hunter, she has hunted for 30 years and in 29 states, Canada, Italy, Finland, Germany, Spain, New Zealand, Greenland and Africa, including for two of the Big Five.