The NRA Hunters’ Leadership Forum website has a track record of making sure hunters are updated on the issues impacting hunting’s future and remain informed on any misinformation spread by anti-hunters. This time around, hunters should be aware that on June 17, Sen. Dianne Feinstein (D-Calif.) used her Twitter account to claim the following:

“Guns like the AR-15 aren’t used for hunting and they’re not viable for home protection. They have only one purpose: Fire as many rounds as possible, as quickly as possible. 60% of Americans support outlawing these weapons.”

I’ll let someone else take apart the senator’s erroneous statement concerning AR rifles and home defense and the fact that the 2nd Amendment is not about hunting. But as someone who has hunted much of the Lower 48 States with AR-platform rifles, I have to tell the Senator: AR-15s and AR-10s are used for hunting all the time, and I suspect she knows this, too. 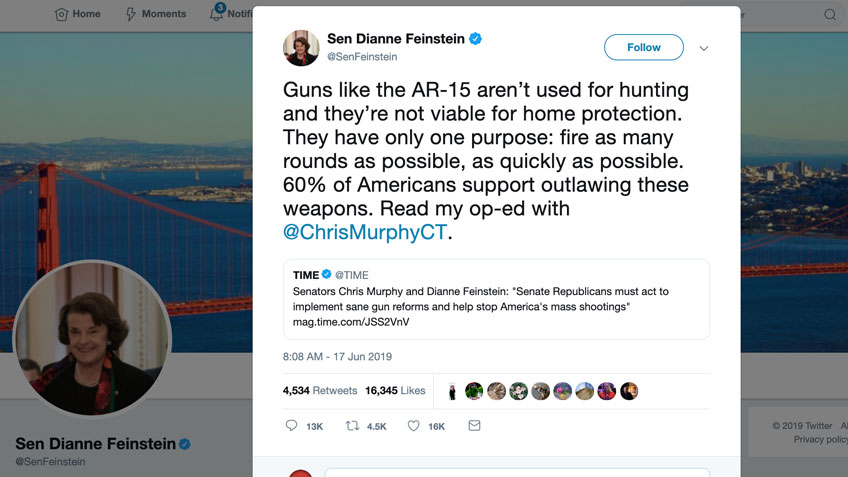 Anti-Second Amendment Sen. Dianne Feinstein (D-Calif.) is wrong on every aspect of how AR-platform rifles are utilized by law-abiding Americans, never mind that the Second Amendment is a right independent of hunting.

As I wrote for NRAHLF.org last year, ARs are my go-to rifles for hunting. I’ve taken whitetail and mule deer with AR-style rifles, plus hogs, coyotes and varmints.

I have yet to take an elk or a wolf with an AR, though I’ve tried. Unfortunately, on that particular hunt in Montana, the only elk I got close enough to were cows and yearlings, and the wolf pack I spotted was a good 800 yards away. But I was afield, a Smith and Wesson M&P 10 in hand, trying to make it happen. I did bag a very nice mule deer with the rifle, though.

And why am I sure the senior senator from California knows ARs are used for hunting? Start with her history. According to her own U.S. Senate website, Feinstein has been a senator since 1992. Among her “many legislative accomplishments,” the Senator lists this: “Assault Weapons Ban—Prohibiting the manufacture and sale of 19 types of military-style assault weapons from 1994-2004.” Feinstein was one of that bill’s proponents.

This year, in fact, Feinstein introduced a new, similar bill, the “Assault Weapons Ban of 2019.”  According to NRA-ILA, while the bill purports to be a remedy to mass shooting, in fact, it reports, “The firearms the bill targets are, however, the most popular class of centerfire rifles in America, with some 16 million having entered the stream of commerce in the U.S. since the previous national ban expired in 2004. Law-abiding Americans use them for every type of lawful purpose, including personal and home defense, hunting, marksmanship competitions, and recreational target practice.” 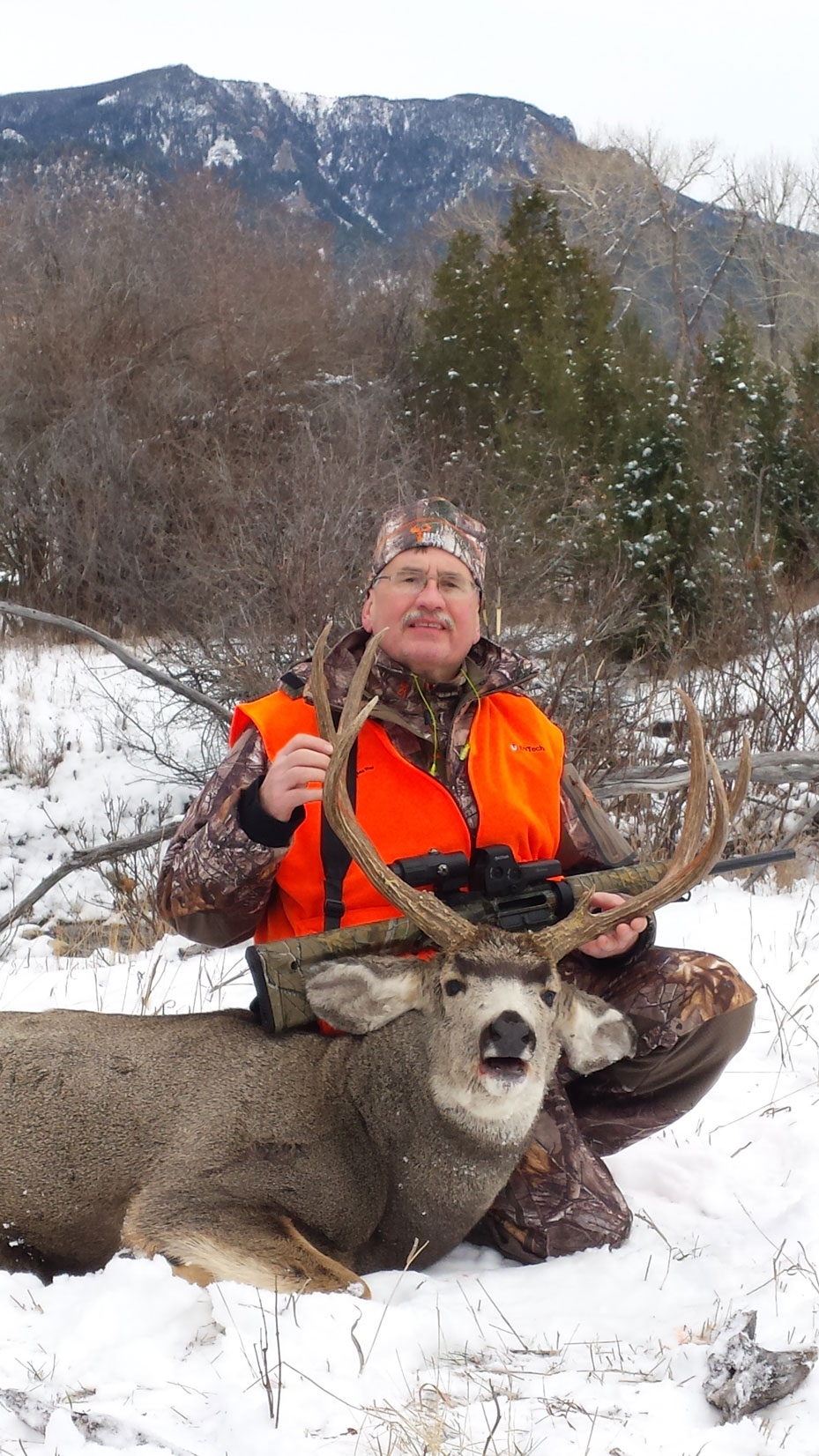 Interesting word, “legitimate.” Here, it is being used to suggest two important but consistently misapplied arguments in favor of placing ever more limitations on our Second Amendment rights. First, it suggests the Second Amendment was written to safeguard hunting, and Feinstein and her allies want you to know they are fine with “legitimate” hunting firearms.

It’s a theme many anti-gunners like to repeat. They want “reasonable” gun control on those scary “black rifles,” but your hunting firearms are okay to keep. Until, of course, they are not.

Second, Feinstein’s use of “legitimate” also suggests that if you happened to use an AR-style rifle for hunting that it’s not a “legitimate” use.

In an Op-Ed she had published in the San Francisco Chronicle dated July 29, 2012, Feinstein clarified her position on the purpose of AR rifles: “These weapons are not for hunting deer,” she wrote, “they’re for hunting people.”

All of which suggests very strongly to me that Feinstein knows many, many of us do in fact use AR rifles for hunting. Why else make the case that “legitimate” hunting rifles are safe from her various attempts to ban “assault weapons?” Why try to convince us that these rifles are not for deer hunting? 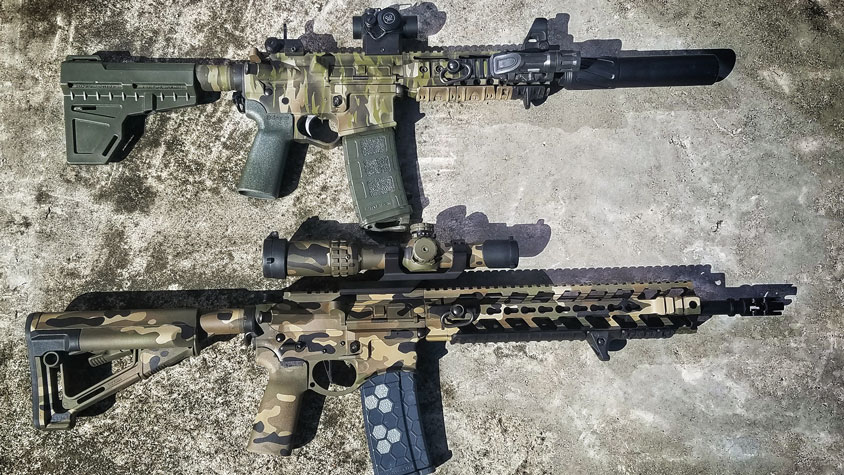 Coastal Cerakote in Bluffton, S.C. performed the handsome camouflage finishes on these AR-15 hunting rifles. On top is a suppressed AR-15 pistol chambered in .300 Blackout. It was converted to a short-barreled rifle and is ideal for hunting feral hog at short distances in the dense underbrush typical along the South Carolina-Georgia coast. On the bottom is a 5.56mm AR-15 with a 1-8X variable power scope. It's well-suited for small to medium game out to a few hundred yards. (Image by Coastal Cerakote, https://coastalcerakote.com.)

And let’s not forget some of the more pragmatic, day-to-day aspects of being Sen. Feinstein. As the non-partisan website, Congress.org reveals, Feinstein’s Washington, D.C., staff is composed of no less than 20 people. No doubt, most of these folks are college educated, with many of them holding advanced degrees. Surely, at least some of these staffers working on various Feinstein’s gun-control proposals have done enough research to know that many hunters do use AR-platform rifles for hunting.

If not, then it is time for such staffers to do their research. It won’t be terribly time-consuming. All they need do is to access Facebook and examine Facebook groups such as Hunting with the Modern Sporting Rifle (AR15/AR10) and the many, many deer, big game and predator hunting groups. All told, hundreds of thousands of hunters belong to these groups, and we regularly post photos of the game we’ve taken with AR-platform rifles.

And as far as ARs being used for “hunting people?” I guess my ARs and those owned by millions of law-abiding Americans are defective. Our AR rifles haven’t been used to hunt any people.

Which is something I wish the senator and her staff would research, too—and then tell the truth about it to clear up any misinformation.

About the Author:
Brian McCombie is a field editor and editorial contributor for the NRA's American Hunter. He writes about firearms and gear for the NRA's Shooting Illustrated website, as well as handling public relations and marketing for companies and manufacturers in the shooting sports industry. He is a member of the National Rifle Association and the National Shooting Sports Foundation. Brian likes hunting hogs, shooting 1911s chambered in 10 mm and .45 ACP, watching the Chicago Bears and relaxing with Squinchy, the orange tabby cat.