Efforts to conserve America’s wildlife took a step forward this week when Secretary of The Interior David Bernhardt announced significant changes to regulations implementing the Endangered Species Act (ESA). The changes are expected to increase the incentives private landowners have to actively recover species on their property and had long been supported in concept by career staff in the U.S. Fish and Wildlife Service (USFWS). The new rules should help improve the track record of a law that has excelled at preventing species from going extinct but often fallen short of its promise to recover healthy populations of fish and wildlife in danger of disappearing.

Since becoming law in 1973, more than 1,400 species have been listed as “threatened” or “endangered” under the ESA. Endangered species are those at risk of extinction in the foreseeable future while threatened species are those at risk of becoming endangered in the near term. Roughly half of these species find eighty percent or more of their habitat on private land. This reality, along with the fact that 60 percent of the land in the United States is privately owned, makes private landowners critical partners in the nation’s efforts to recover species on the brink of extinction.

This partnership has not always been an easy one. When a species is listed as threatened or endangered, the listing can come with the increased federal regulation of land uses, such as ranching, farming and forestry. Until this week those regulations, which range from increased consultation and permitting requirements to outright prohibition of land use, applied equally to a landowner whether a species was listed as threatened or endangered. This has made the presence of ESA-listed species a financial liability for landowners. It also has given those closest to the land little incentive to work to increase populations of endangered species so they can be moved into the threatened category and placed solidly on the path to recovery.

The regulatory improvements announced this week change this dynamic by keeping longstanding regulations applying to the most at-risk endangered species while giving the USFWS increased flexibility and reducing the regulatory impact associated with the presence of less imperiled species that are listed as threatened. The promise of regulatory relief following increases in species’ populations gives landowners a reason to actively manage their lands to promote the recovery of endangered species. 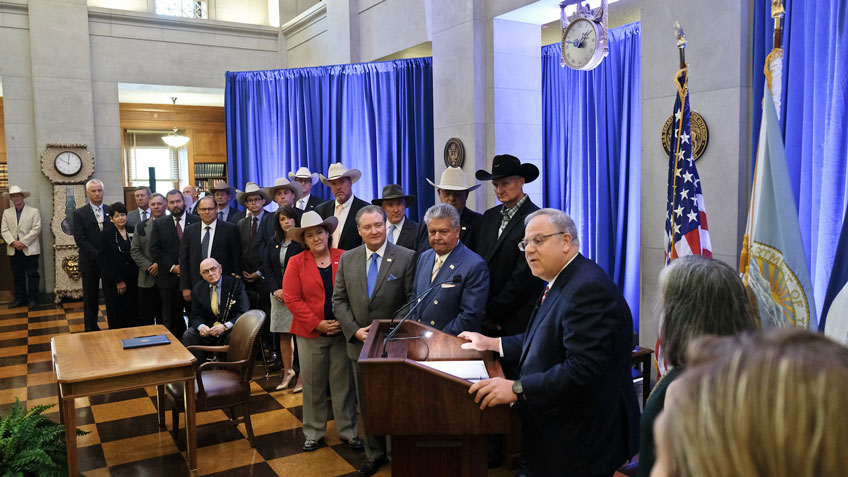 The Trump administration improves the implementing regulations of the Endangered Species Act so that private land owners have a vested interest in species and habitat recovery.

“The mark of any good environmental law is the positive, measurable outcomes it yields on the ground,” said Brian Yablonski, executive director of the Property and Environment Research Center and a past chairman of the Florida Fish and Wildlife Conservation Commission. “With these improvements to the Endangered Species Act, the road to recovery for many imperiled species starts today.”

Providing incentives that deepen the involvement of private landowners and businesses in conservation is an idea around which there is a growing global consensus and broadly has been embraced by the International Union for Conservation of Nature (IUCN), the Organization for Economic Cooperation and Development (OECD) and other groups. This puts the new ESA rules adopted by the Department of the Interior (DOI) within the mainstream of the conservation movement, despite what critics of the changes may say.

With the Intergovernmental Science-Policy Platform on Biodiversity and Ecosystem Services’ (IPBES) recent report warning that more than one million species worldwide may be at risk of extinction, now is the time for bold action on the part of both government agencies and the private sector. As the National Academy of Sciences noted in its review of the ESA, “Sound science alone will not lead to the prevention of many species extinctions… .” By promising regulatory relief for businesses and landowners who actively work to reverse the decline of fish and wildlife on the brink of extinction, the new rules adopted by the DOI take implementation of the ESA beyond scientific study and lawsuits and set the stage for helping to deliver on the law’s core goal of species recovery.