Connecting kids with nature is a proven tenant in creating conservationists and hunters. Much has been researched and reported on this fact in recent years, establishing its critical role…and the role that connection makes in generating individuals who will participate as hunters and also fight to assure the continuance of quality wildlife habitat and our hunting heritage.

Making that connection used to be natural, no pun intended, when we grew up on farms, had ready access to undeveloped land and unstructured time to wander along creek banks, prairies, woods and mountains. It’s harder now…but no less important.

Flashback to the mid-1950s: We lived in a rapidly expanding housing development of hundreds of homes, street after street of new homes, lots cut out of the Florida pinelands and palmetto meadows. Shortly, the population was blooming so a new elementary school was built for the neighborhood. 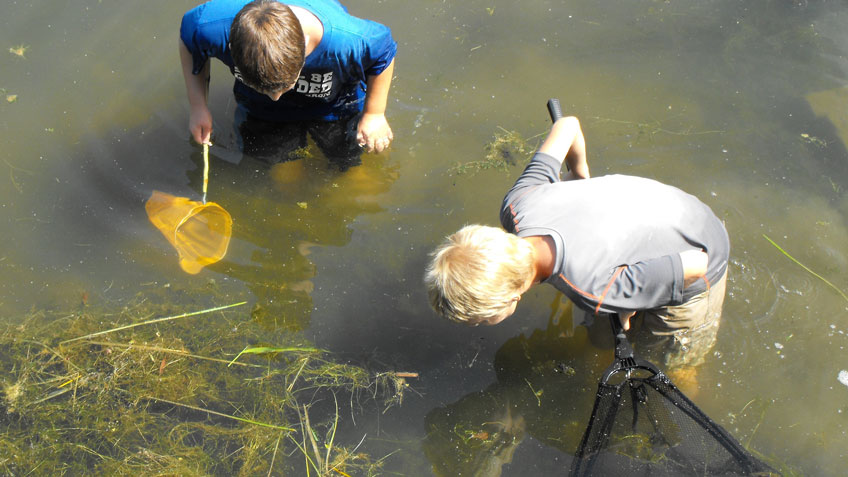 (Image by Bureau of Land Management.)

We did what kids did in those years. We played Little League, we had pickup tackle football games in the parks, we fished, we poked around the open spaces, we mowed grass for a little spending money, we went to school.

But after school, more often than not, it was time to explore.

During one period that seemed like months but was probably only a matter weeks, as soon as the school bell rang, it was a mad dash to the bike racks and a half-mile race by seven or eight straining, kamikaze peddlers to reach the park and man-made lake on the eastern edge of the development.

We raced because the winner got the privilege of leaping off his or her bike, running like a wild child to be the first one out on the large drainage pipe. This meant flopping belly-down and hanging one’s head over the end—to see how close the alligator was to the front of the pipe.

What we usually saw was only a gator’s eyes, anywhere from a few feet to five or six yards back, reflecting the sunlight from outside the pipe, but to know it was there, to see it again, was a thrill.

Not the smartest thing we ever did, but…there were broken hearts the day it moved on. 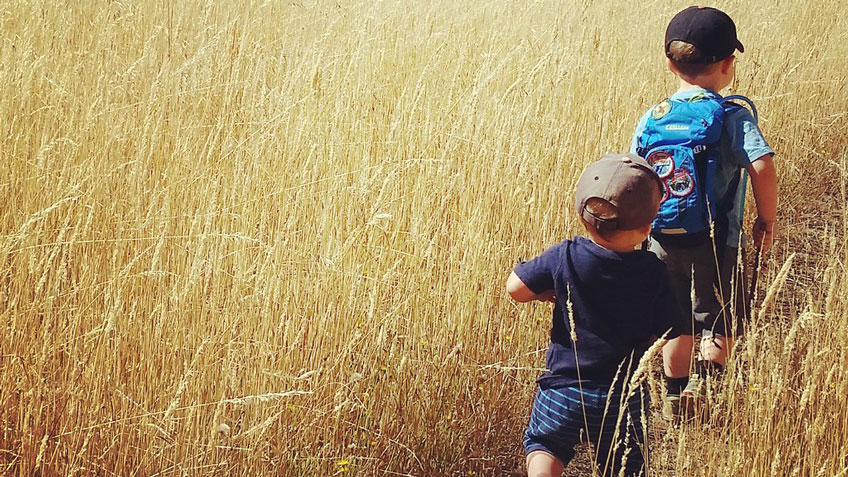 Blessedly, for us, there was still lots of nearby undeveloped land and we took full advantage fishing the creeks and even catching mullet (“which won’t bite,” according to the adults) on worms and push-button, spin-cast reels. We were in constant motion searching for critters—rabbits, snakes, birds, armadillos, opossum and what-have-you.

And yes, as we developed a bit, we embraced BB guns and pellet rifles—and we hunted. There was even the occasional bow and arrow utilized in our pursuits…with little luck, but not from the lack of effort.

With every hour we spent outdoors we were becoming more connected with nature, with wildlife and with the way life was intertwined: cause and effect, cycles of life, reality and dreams that bespoke of “What if we could…” adventures.

The point here, as I suspect you have already gathered, is not to drift back to the good old days, but to point out the importance of those connections with nature, and to implore families with children—even families in large cities—to make the time, unstructured time when possible, for their kids to make their own connections with nature. It will, no doubt, be more challenging for you to do that now, but there are ways, if you want to make it happen. 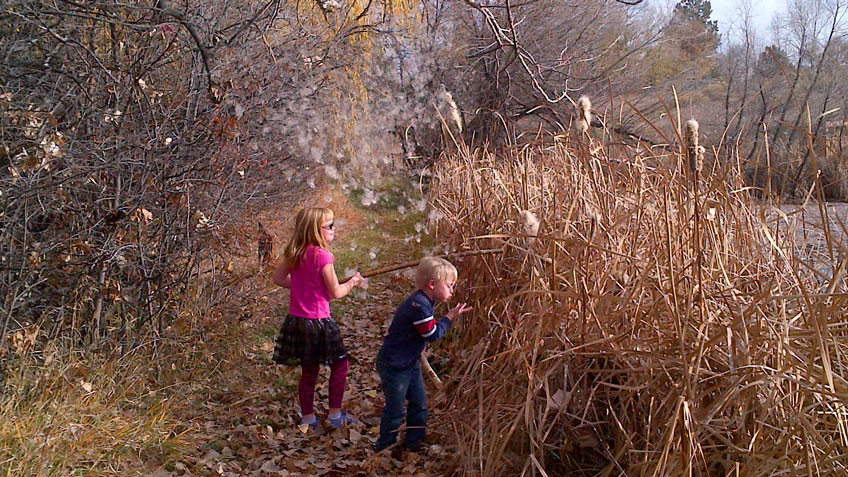 Recognizing the importance—and real, measurable benefits—of having kids (and adults, for that matter) connect with the natural world, many schools across the nation have built small, natural areas on their grounds—a small pond, a garden, a butterfly flower bed—a place where kids can watch and touch, ask questions, a place where they can make a personal connection.

City parks often have streams or ponds, and squirrels and birds. You’ll probably want to stay closer than my folks felt necessary, but you still can give your child enough leash (figuratively, of course) to see if there are frogs, tadpoles or bugs in the water, watch for minnows or herons fishing, hawks flying overhead, songbirds singing or nesting in the tree limbs.

Will these experiences lead to more kids being interested in hunting? Yes. Certainly, not all or not even most, but it will make a connection in which they can begin to see the importance of space and habitat, of the life cycle, the beauty of nature and, critically, the valuable and intrinsic benefits—including better health—we all experience when we step out into the natural world. 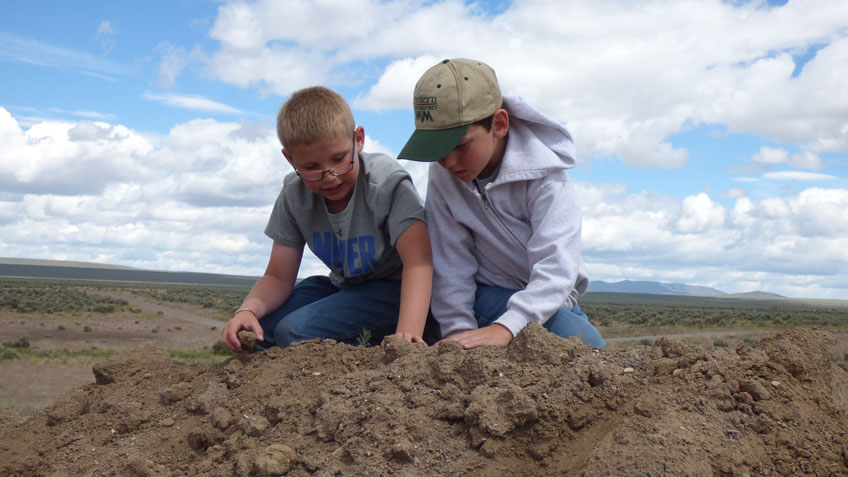 (Image by Bureau of Land Management.)

It really isn’t hard to see the connection between a child’s inquisitive exploration of a trail of ants and a hunter following a deer trail.

How We Benefit from Nature

Health Benefits from Connecting with Nature

Spending Time Outdoors Is Good for You

About the author: Chris Chaffin has been an outdoor communicator, educator and partnership manager for more than 40 years. On the national scene, he has represented several prominent companies in the outdoor community and served two terms as treasurer of the Professional Outdoor Media Association (POMA), eventually taking on the roles of vice-president, president and chairman of the board. In 2007, he launched Chaffin Communications, Inc., a communications consulting company focusing on the outdoors. In 2012, with support from the Outdoor Adventure Dream Giveaway, Chaffin founded and currently manages the Outdoor Adventure Conservation Fund, a Florida non-profit established to encourage and facilitate more people participating in traditional outdoor activities.