Hunters know too well that they only see a fraction of the deer, rabbits or pheasants that flee or hunker down when detecting human intrusions into their woods or fencerows.

Given such widespread lack of awareness of wildlife’s senses of smell, vision and hearing, silent-sports enthusiasts and nonconsumptive users probably cause more harm than they’ll ever know. These activities include hiking, camping, kayaking, photography, birdwatching, paddleboarding, trail running and mountain biking. Berry-picking, mushroom hunting and shed-antler hunting are also “silent” activities, even though recreationists become consumptive users once they eat berries or mushrooms, or carry out an antler.

But no matter what the recreation, it’s probably disrupting wildlife activity and possibly causing harm, especially when birds and animals are already hungry, worn down or tending young. Elk and deer, for example, are more vulnerable to stress during winter when food is scarce. Nesting birds and newborn fawns are susceptible to predation and exposure in spring and summer. Humans further increase their adverse impacts when bringing their dogs, especially if they’re unleashed. 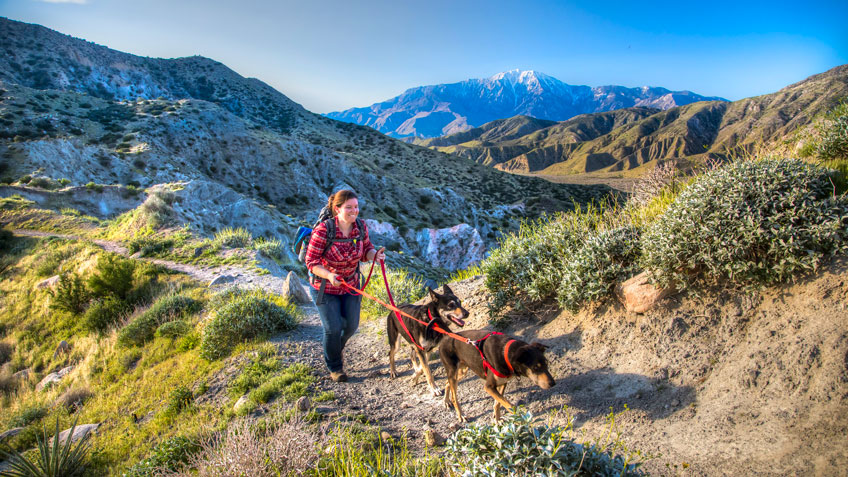 Researchers have been documenting silent-sport disturbances for at least 40 years through long-range observations with binoculars, spotting scopes and range finders; and onsite inspections of high-use recreational areas. More recently, they’ve also monitored wildlife movements with GPS and LORAN-C devices for increased precision. Further, park and agency personnel have documented wildlife disturbances and overcrowding on waters and trailheads spurred by social-media posts and photos.

Wildlife is quick to notice all those recreationists, but each species responds in its own way to various types of recreation. A spring-fall study in northeastern Oregon in 2003-2004, for example, documented elk moving a mean distance of 610 yards farther from trails than normal when hikers, horseback riders and mountain bikers were present. The researchers found few differences in elk flight distances for those three activities.

The elk, however, moved even farther away—a mean of 960 yards—when ATV riders used the trails. Even so, all four types of recreation caused elk to “strongly avoid” trails. More than 50 percent of all elk located through telemetry tracking were found in an area farthest from the trails that covered only 15 percent of the study site. 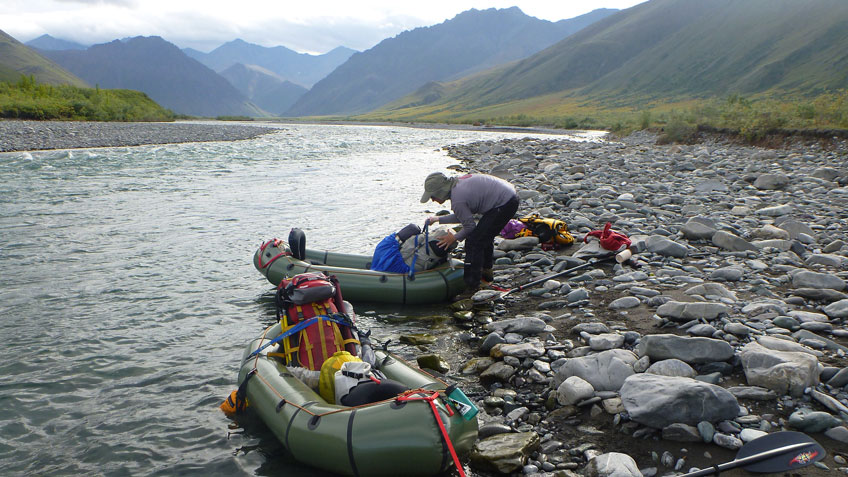 Another Utah study, in 2003 at Antelope Island State Park, found that bison, mule deer and pronghorn antelope had a combined 70 percent probability of fleeing human activity when within 110 yards of the trail. Mule deer were most likely to flee (96 percent) at 110 yards and closer, and their likelihood of fleeing didn’t drop to 70 percent until they were 425 yards from trails.

The animals reacted much the same way to hikers and mountain bikers. The researchers noted, however, that because bicyclists move faster and cover more ground than hikers, mountain bikers had more potential to alarm wildlife. The animals also reacted more strongly to off-trail than on-trail activity. 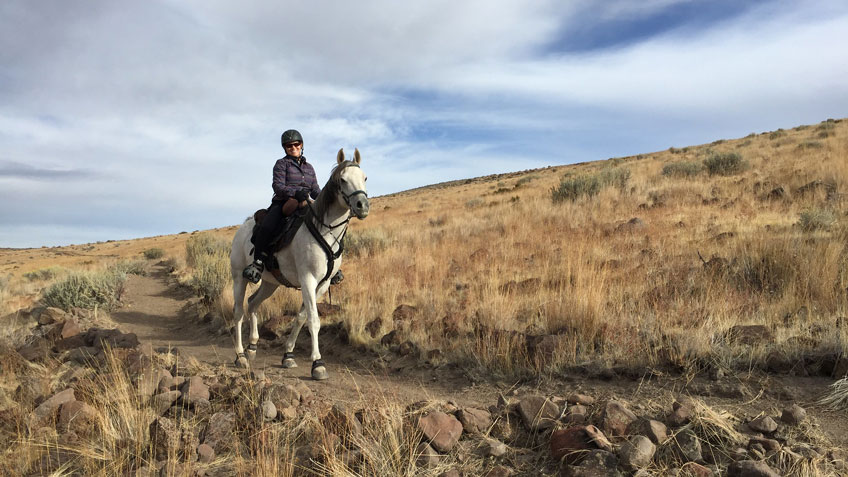 Still other studies found that kayakers and canoeists regularly disturb nesting waterfowl, which suggests the more recently popular pastime of paddleboarding would do the same. These disturbances can displace waterfowl from feeding areas, increase energy demands and reduce nesting and brood survival rates.

In addition, crows, ravens, gray jays and seagulls associate humans with food. They can become pests and learn to target birds nesting near trails and campsites.

As several studies showed, with the exception of elk fleeing ATVs, most wildlife seemed less alarmed by motorized than nonmotorized recreation. Even so, a December 2016 review of 274 studies on nonconsumptive recreation concluded it is possible that those impacts are under-reported because little research accounted for the greater distances motor vehicles travel and, hence, the greater numbers of wildlife they encounter.

And those are just the visible, easily detected impacts. A 2003 study titled “Wildlife Responses to Recreation and Associated Visitor Perceptions” reported that regular visits to some sites cause trampling, which is “the most prevalent recreation impact.” It damages and kills plants, and displaces and compacts mineral soils, which have longer-lasting impacts. Some sites remain compacted and barren, even in the absence of further trampling. 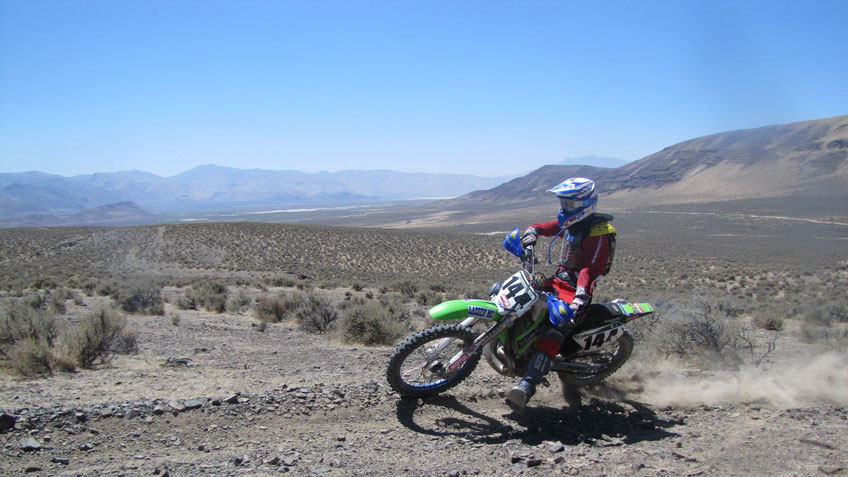 But no matter what the recreation, if wildlife simply fled and went about its business, disturbances likely would cause little harm. Unfortunately, regular disturbances can increase predation by separating offspring from parents, confine wildlife to habitats with poorer food and cover, and expose eggs or nestlings to prolonged heat, cold or predation when adults flee their nests. In contrast, hunting seasons typically—and purposely—are not held when waterfowl, upland game and other animals are tending vulnerable young. State wildlife agency officials factor in such timing when setting season dates.

Unfortunately, documenting all those disruptions and destruction prove difficult. Unlike harvest numbers obtained through surveys and onsite registrations, wildlife agencies struggle to estimate the actual harm caused by silent disturbances. Therefore, what has been documented represents the minimal, best-case scenarios.

About the Author: Patrick Durkin of Waupaca, Wisc., is an award-winning outdoor writer, newspaper columnist, and general outdoors reporter. He also provides editing services for books and magazines. He is a frequent contributor to American Hunter magazine, was named contributing editor of the Archery Trade Association in 2001 and writes frequently for national archery and hunting magazines. In addition, he has been MeatEater's wildlife research contributor since 2018 and an editor for Inside Archery magazine, an archery industry trade publication, since 2014.