It was 1986 and Bill Urseth and several of his fellow Minnesota hunters were discussing the state of hunting—where it was and where it might be heading. At the time, hunter numbers actually were still very strong, but Urseth felt something was missing in the hunting culture that could cause recruitment problems in the future.

“I’d been lucky enough to have a hunting mentor growing up, someone who taught me to hunt, taught me safe use of firearms and showed me nature,” said Urseth. “I was in my mid-30s when my friends and I started talking about where hunting was going, and it occurred to me the great value that mentorship had had for me. I realized that if our hunting was going to continue, more mentoring was going to be required. And I just didn’t see a lot of it happening.”

Along with Randy Travalia, Urseth owns the Minnesota Horse and Hunt Club in Prior Lake, Minn. Urseth and his friends found this to be the perfect setting when founding what would be called the Youth Hunting Club of Minnesota (YHCM). Since the summer of 1986, the youth club has been holding hunting “camps” free of charge on the Horse and Hunt Club property, bringing together groups of young people for five-day hunting education programs.

In over three decades, the YHCM has introduced hundreds of young people to our sport. The club holds four camps annually, two of them for beginners, two for more advanced youth hunters.

“We try to keep the beginner camps for 12-year-olds,” Urseth explained. “The advanced camps are set up for 13- to 14-year-olds. The camps are co-ed-—boys and girls attend—and everyone including staff stays at our main lodge. Classes are held at the lodge, at our range and at other locations on the property.”

Over the course of a camp, a student will learn how to track game, build a hunting stand, set up waterfowl decoys and use a game camera. 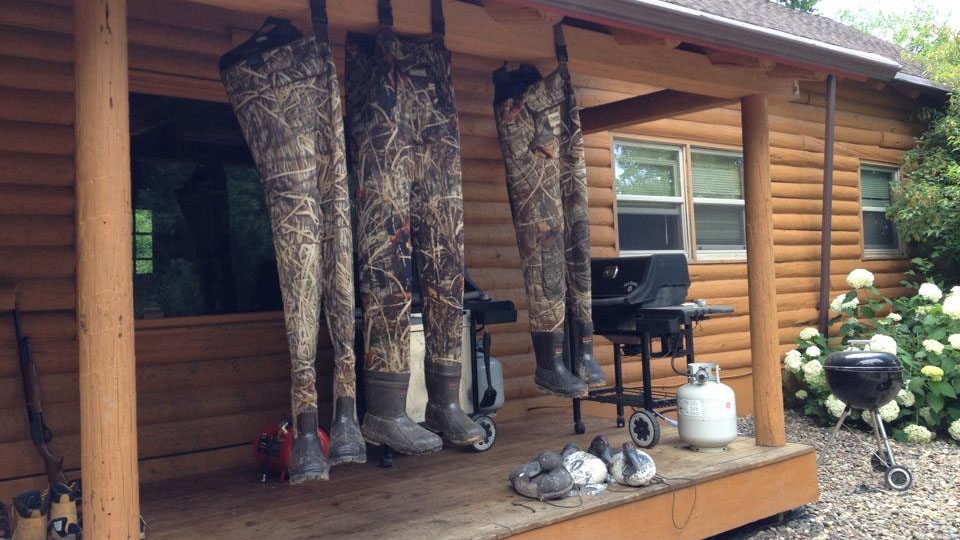 At least once during the camp, the kids get up at 3 a.m. to wade through a swamp, teaching them to function in the dark and to build their confidence. (Image by Sheila Mattson Fine Art & Photography.)

“They learn how to walk in swamps and we get them up at three in the morning on one day so they learn how to function in the dark,” Urseth said, adding that students also go on an actual pheasant hunt and learn to work with trained hunting dogs.

“By the time the camp is over with, each of the kids will have a chance to shoot a bird, clean it, cook it and eat it,” said Urseth. “Class lessons are important, but nothing beats fieldwork for instilling knowledge.”

Firearms education is stressed at the camps, too. The YHCM instructors, many of whom are NRA-certified, take students through the safe and efficient use of rifles (large and small bore), handguns, shotguns and even muzzleloaders.

Students have attended the free YHCM camps from all over the United States and Canada. Urseth estimated approximately 80 percent of attendees are from cities and suburbs and explained that the vast majority are not from hunting families.

Urseth and the Minnesota Horse and Hunt Club hold a number of fundraising events throughout the year and accept numerous donations from like-minded hunters who want to keep our hunting traditions alive. Food, lodging, gear and materials—all costs—are covered, except for transportation to and from the camps.

Interested in attending a free hunting camp at the Youth Hunting Club of Minnesota? Visit the website, where you will find an overview of the camps and the activities as well as application instructions. The application includes having a potential camp participant write a letter explaining why he or she would like to attend a YHCM hunting camp and what he or she hopes to learn.

“We like to think we are making a difference,” Urseth said. “Many of our past students have come back and told us they are still hunting. And previous students keep recommending the camps to others. We are trying to save our hunting heritage, one young person at a time.”