News of wolf sightings inside the Sands Expo and Convention Center in Las Vegas made headlines this week as renowned shotgun maker Benelli unveiled “Lupo”—the first-ever rifle in the maker's 53-year history. Lupo is being hailed as one of the top new products to debut at the 2020 SHOT Show in Las Vegas, Jan. 21-24.

With the tagline “Simply Perfect,” Benelli has done what many hunters have waited on for years: created a centerfire bolt-action rifle with sub-MOA accuracy, thanks to a CRIO-treated, free-floating barrel, that offers modular adjustability to provide a perfect custom fit. Not only can you adjust it for length of pull, drop and comb using the included shims, but the crisp trigger is adjustable for both poundage (2 to 4 pounds) and finger position. Additional fit choices include two raised cheek pad styles and one optional length butt pad. As every hunter knows, when a rifle fits you, you shoot it well—and that accuracy ensures confidence.

I am excited about the Lupo’s introduction because I had the opportunity to test it in August when I joined Benelli on a trip to Africa to check its performance afield. The fact that the gun was still zeroed after being shipped halfway around the world was the first good sign. One roan, sable and eland later, I can say this rifle is fluid and well-balanced so it’s easy to get on target quickly; its ergonomics are superb; and it’s extremely easy to load and unload its double-stack box magazine. Initially available in .30-06 Springfield, .300 Win. Mag. and .270 Win., the Lupo holds seven exclusive Benelli patents. Its chassis-style construction is built from an alloy lower receiver and fitted with a synthetic stock and forend. The stock features Benelli's patented Progressive Comfort recoil-reducing system and Combtech cheek pad for hunter comfort. Its Airtouch Grip surfaces provide a safe and firm hold on the rifle and its threaded muzzle offers the option of adding a muzzle brake or suppressor. The short bolt throw quietly chambers and ejects rounds for quick follow-up shots. Though currently only offered in right-handed models, speaking as a left-handed hunter, this bolt is still easy to work. Just as important, at $1,699, the MSRP is very fair considering the cost of many other rifles on today’s market that don’t even offer a custom fit right out of the box. For anyone who asks what led Benelli to create this rifle, maybe the bigger question to ask is why wasn’t it done before now? 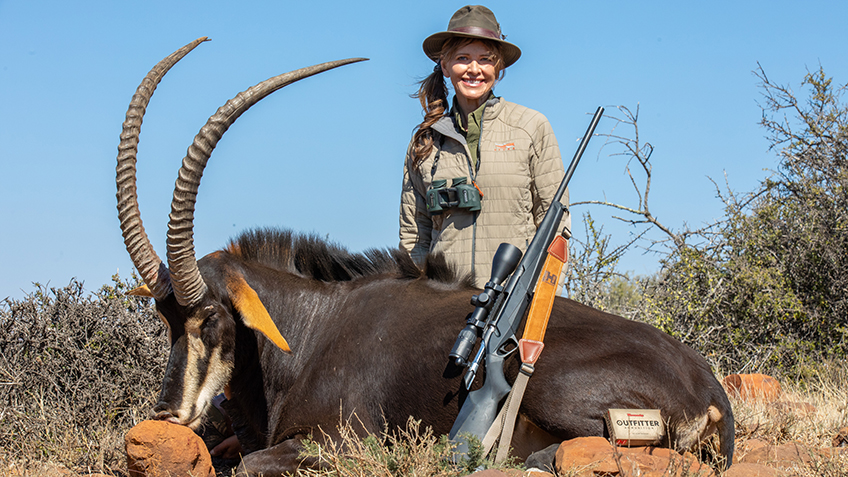 The author got a chance to use the Benelli Lupo on a hunting trip to Africa. The custom fit out of the box lends itself to greater comfort, which in turn can increase accuracy and thereby confidence. (Image courtesy of Karen Mehall Phillips.)

Yet More from Benelli?
For more good news, I have to give one more nod to Benelli. After 10 years of research and testing, it solved what most waterfowlers would rate as the top issue with waterfowl shotguns—rust and corrosion—thanks to the Benelli Surface Treatment, or BE.S.T. Quite a few hunters commented on the proprietary BE.S.T. finish that bonds molecularly to the barrel, barrel extension and select internal components to stop rust and corrosion while providing abrasion resistance. For the technical explanation of the new technology, Benelli developed a “hybrid PVD/PECVD machine” that applies diamond-like carbon particles using “a high-vacuum plasma nanotechnology.” The insides of the barrels also are chrome-lined for additional protection.

Benelli tested a variety of barrels with different finishes to see how each compared to the BE.S.T. finish. A blued barrel was subjected to four hours in a salt fog test, resulting in rust accumulation over the entire barrel. The barrel coated with the BE.S.T. treatment underwent 200 hours in the same conditions with no signs of rust or corrosion. In fact, Benelli explained that BE.S.T-treated barrels have been exposed to saltwater for more than three consecutive months with no sign of rust or corrosion. As for that abrasion resistance, you can’t scratch it even with a key. I know this because, with Benelli’s permission, I tried.

First up for this finish is the Super Black Eagle 3 and ETHOS shotguns and components, which simply makes these great guns even better as we hunters continue to push the limits in the harshest environments.

And in Other SHOT Show News…
For a rundown on all the great new products for 2020, check AmericanHunter.org for details on the latest innovations in firearms, optics, ammunition and gear. In the meantime, here are a few more highlights from the show’s four-day run.

On the optics front, hunters and shooters will note more companies are offering increased magnification riflescopes as 8X models hit the shelves to cater to the long-range market. As the hunting community works to recruit more hunters, we’ll also see how some features typically reserved for higher-end optics are being integrated into more entry-level products.

For some examples, Bushnell’s Prime and Nitro optics lines now offer rangefinders featuring ARC, or angle range compensation mode, to cover hunters when taking uphill and downhill shots. The Nitro 1800 ($350) ranges out to 1,800 yards and can be connected through Bluetooth to a smartphone and the company’s Applied Ballistics App. Leica’s Geovid 3200.COM rangefinding binocular also now features Bluetooth connectivity while ranging targets out to 3,200 yards. Models include 8X42 ($2,949), 10X42 ($2,999) and 8X56mm ($3,299) and feature the new Leica Hunting app to manage the onboard menu and individual ballistics data. The new Meopta Optika6 Premium riflescope series (priced at less than $500) is available in six options and features 1-inch-tubes with 5X zoom, zero-reset turrets and advanced MeoBright lens coatings. 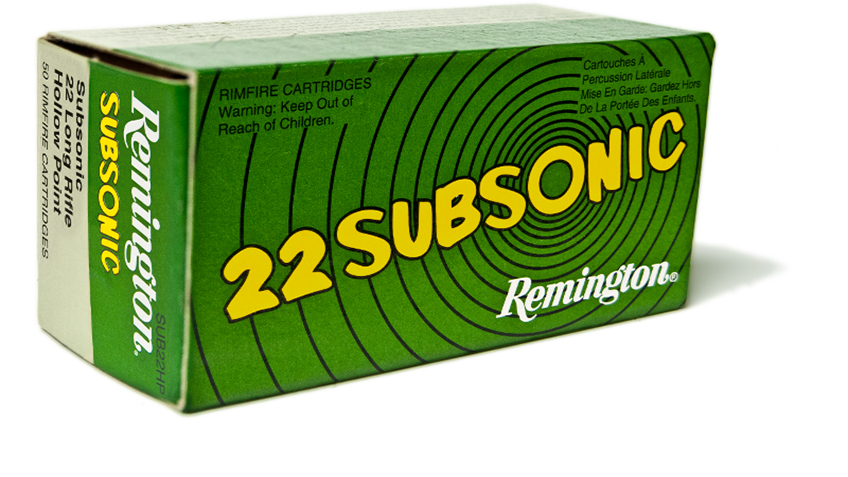 On the ammo front, we’ll be seeing more loads catering to those who use suppressors, as in the case of Remington’s new Subsonic rimfire ammo packaged in boxes of 50 and 100 rounds. Other bulk-load options are coming from CCI, which debuted a new carton-style Pour Pack offering 425 rounds of .22 LR, and Federal, which now offers 100-round Top Gun and Speed-Shok shotshell packs.

Waterfowlers will appreciate Browning’s new Wicked Wing waterfowl shotshell load with a BXD wad system and a proprietary round steel shot treated for corrosion resistance to help ensure consistent shot patterns regardless of hunting conditions. Hornady is catering to handgun hunters with its new Handgun Hunter line, loaded exclusively with a new, purpose-built Mono-Flex bullet in 9mm+P, .40S&W, 10mm, .357 Mag., .44 Mag., .454 Casull and .460 S&W Mag. Last but not least, it’s quite fitting that Marlin is marking its 150th anniversary in 2020 with a limited-edition production run of ammo designed for the lever-action rifles that put the company on the map. Offered in five loads, options include the .30/30 Win., .35 Rem., .444 Marlin, .45-70 Gov’t and .22 LR.t

Again, visit AmericanHunter.org for a rundown of all the great products in store for hunters and shooters in 2020.