Voice of Leadership: How Wildlife Restoration is Funded in America

American hunters, shooters and anglers have been making enormous contributions to conservation for more than 80 years. Due to the current economic downturn, however, many wildlife agencies and conservation organizations could suffer budget cuts affecting their ability to fund wildlife conservation activities, which are also becoming more expensive. Soon, the needs could outpace the funding. We need YOU to make a difference.

If wildlife conservation efforts had a GoFundMe page, hunters and shooters would be top contributors.
As Americans, we live in a country with an abundance of wildlife and wild places. In the last edition of the Hunting Wire, the panel focused on the North American Model of Wildlife Conservation and learned that it was put into place to avoid mismanagement of wildlife by the people, designating state and federal governments as stewards of wildlife for the people and giving all citizens access to hunt and fish. Have you ever stopped to think about who foots the bill for conservation? The American System of Conservation Funding relies heavily on hunters and anglers. According to the U.S. Fish and Wildlife Service, hunters contribute hundreds of millions of dollars annually by purchasing licenses and paying federal excise taxes, which fund conservation programs that benefit many wildlife species, both hunted and non-hunted.

It started with Theodore Roosevelt.
U.S President Theodore Roosevelt championed the idea that hunters should help pay for wildlife stewardship. In 1937, sportsmen lobbied Congress to impose an excise tax on the sale of firearms, ammunition (and later archery equipment) to help fund wildlife conservation in the United States. Funds from the act, now known as the Pittman-Robertson (P-R) Wildlife Restoration Act, came the 11 percent excise tax on firearms and ammunition sportsmen voluntarily pay in support of wildlife conservation. The tax revenue provides up to three quarters of the cost for states’ wildlife agencies to support projects such as habitat improvement, wildlife population surveys, species reintroductions, wildlife research, hunter education and the building and maintenance of public shooting ranges. Hunters and shooters generate about $1.8 billion annually for wildlife conservation in the United States and, to date, more than $12.5 billion has been disbursed for state conservation and education projects. These annual payments to state fish and wildlife agencies have also resulted in the recovery of deer, turkey and many non-game species with benefits to hunters and non-hunters, alike. 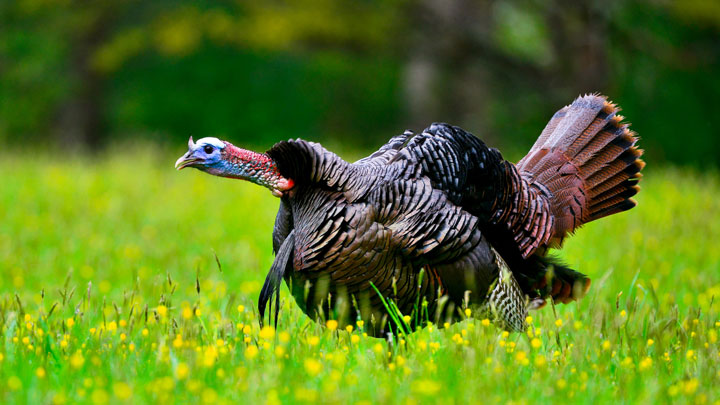 But wait, there’s more.
Hunters purchase licenses, permits and/or pay mandatory fees that go directly to state wildlife agencies to manage wildlife, amounting to about $796 million a year. Since 1939, state fish and wildlife agencies have received more than $65 billion from sportsmen and women. Money generated from these sales provides the matching 25 percent to the P-R funds the states receive. Together this provides more than 60 percent of the funding for state agencies to manage America’s wildlife. In fact, for some states this represents 100 percent of their funding.

Hunters remain an integral part of funding conservation and every year millions of wildlife viewers, hikers and other recreationists experience the wildlife and other natural resources that have been preserved and maintained by hunters. This user-pays system has been the backbone of conservation. However, with participation in hunting generally declining since the 1980s, there is a sense of urgency to broaden the funding base. This is another reason why recruitment, retention and reactivation efforts across the country known as the R3 movement are critical. Former U.S. Interior Secretary Ryan Zinke said, “The best way to increase funding for conservation and sportsmen access is to increase the number of hunters and anglers in our woods and waters. The American conservation model has been replicated all over the world because it works.”

Conservation partners play a critical role.
The funding doesn’t end there. Outside tax contributions and user fees, it’s estimated that American hunters contribute an additional $400 million annually to fishing and hunting nonprofit organizations through membership dues and donations. Organizations such as the National Wild Turkey Federation, Delta Waterfowl, the Wild Sheep Foundation, Pheasants Forever, the Rocky Mountain Elk Foundation, Ducks Unlimited and many others actively generate funds for wildlife conservation. These organizations and their volunteers, in turn, partner with state and federal agencies on conservation delivery and R3 efforts to support the future of wildlife as well as sustainable hunting by growing the traditional funding base.

Now hear this!
As hunters it is important that we all are not only aware but involved in the programs we fund. In addition to buying your license and permits, contribute to conservation in other ways. Join and support a nonprofit hunting organization previously mentioned. Buy a Federal Duck Stamp, which provides funds to help acquire and protect wetland habitat, and purchase conservation easements, which make great stocking stuffers. It’s our responsibility to be good stewards from wallet to wetlands so that we have wildlife and wild places for generations to come.

For more information on how wildlife conservation is funded by sportsmen, please check out the following resources.

About the Voice of Leadership Panel
Facilitated by James “Jay” Pinsky, editor of The Hunting Wire, and Peter Churchbourne, a director with the NRA HLF, the Voice of Leadership Panel (VLP) is an appointed six-member group of outdoor industry leaders dedicated to sharing their voices on key hunting and outdoor recreation issues to inform, inspire and educate the hunting community. Appointed for a one-year term, VLP panelists will address key hunting topics and provide leadership-based digital content to be featured on The Hunting Wire and the NRA Hunters’ Leadership Forum website, NRAHLF.org.