Taking Grizzlies from Field to Table?

As so many stories do, this one started with a conversation at a bar. I had this particular conversation with a gentleman from Minnesota in the airport lounge at Ted Stevens International Airport in Anchorage, Alaska. The gentleman had just returned from a successful grizzly bear hunt in the Alaskan Interior. I was there on a photo assignment and wasn’t able to hunt, so I was living vicariously through my new friend at the bar.

He and his father had both successfully taken fine boar grizzlies in western Alaska, and now they were headed back home. As the conversation developed, I asked him if they ate either of the bears. He said they tried eating both bears, but only his was palatable. The other bear had a rank, tougher-than-shoe-leather quality that made them quickly change their plans to eat both bears. My friend did mention that although he and his father couldn’t bring themselves to eat the second bear, the locals happily took the meat back to their little town. Whether they used it for their own consumption or for something else he didn’t know. 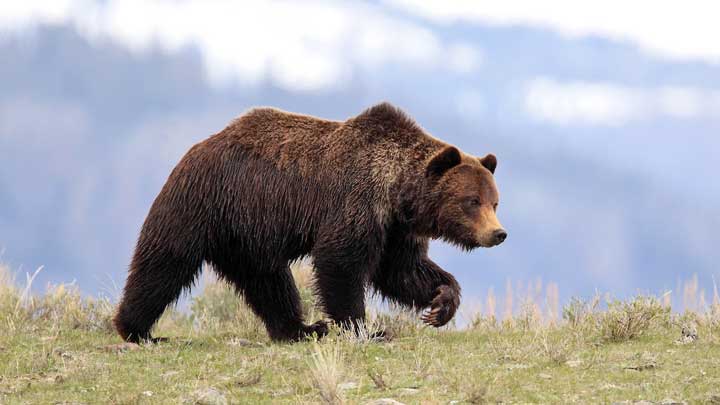 As the process begins to delist grizzly bears in six ecosystems in the lower 48, hunters should do their best to harvest as much palatable grizzly meat as possible. Be sure to avoid cooking methods, such as jerking, that don't kill Trichinella. (Image by Keith Crowley.)

This mirrors other stories I’ve heard about the quality of grizzly bear meat on the table. Depending on the season, the location, the age of the bear and a few other factors that can only be called alchemy, one grizzly might be fine eating fare, the next inedible. This can be true of black bears as well, but with grizzlies and brown bears, where they live and what they eat has much to do with whether the bear is going to do well on the table.

The reason this is particularly relevant right now is that the delisting of grizzlies is again in the headlines for six ecosystems in the contiguous United States. On Jan. 14, the U.S. Fish and Wildlife Service (USFWS) initiated a new “five-year status review” of grizzly bears in the Northern Rockies. The purpose of this review is to gather any new information unavailable at the time of the last review. For grizzlies in the Lower 48, the last similar review occurred nine years ago.

According to the USFWS, ”A five-year status review is based on the best scientific and commercial data available at the time of the review; therefore, we are requesting submission of any new information on this species that has become available since the last review of the species in 2011.” 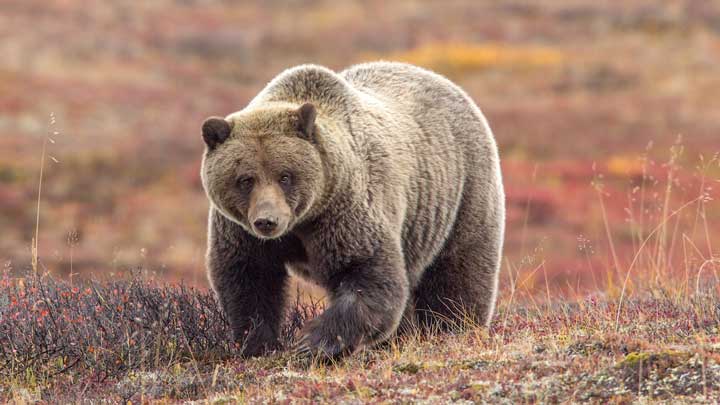 Alaska griz tends to offer better tasting meat inland, not so much closer to the coast. The quality of grizzly meat is also dependent on how old the bear is and at what time of year it's harvested, among other things. (Image by Keith Crowley.)

As covered on this website many times, the contentious issue of delisting often degenerates into a cry of “trophy” hunting by anti-hunters. Since the antis have never been able to truly comprehend what the word “trophy” means to those of us who do hunt, I think we need to take a different tack.

Any potential grizzly hunt here in the Lower 48 will likely need to revolve around the essential management of the predator species in the face of expanding ranges and increasing conflict with humans. As a by-product of this approach, we also need to prove that “meat acquisition” is a valuable part of the hunt. That’s one of the few ways we can make delisting and hunting a—pardon the pun—palatable choice for non-hunters who automatically recoil at the word “trophy.”

Having never hunted nor eaten grizzlies, and with only the brief airport lounge conversation in my back pocket as evidence, I turned to the most definitive source I know: my cousin Dave Crowley, who has been a wildlife biologist with the Alaska Department of Fish and Game for more than 30 years. In his time there, he has eaten virtually every type of wild fish or game available in the state. He began his career in the interior of Alaska, then moved to the coast, first to Prince William Sound at Cordova, and now on the Alaska Peninsula in King Salmon. Having spent countless hours of field time both inland and on the coast, when I asked him about eating griz, this is what he replied:

“Very few people eat coastal brown bears, too rank and fishy. I personally have tried eating three or four different samples and have yet to meet one I could eat. For interior grizzly…eating it is more common. I pulled up records for the last 10 years in Units 19, 20 and 21. Of 1,467 bears killed, hunters reported salvaging at least some of the meat for 347 bears or 24 percent. The question is, did they eat what they salvaged? I’m guessing most probably did because salvaging meat takes effort and care.

To be thorough, I ran the same as above for my area, Unit 9. Of 2,838 [coastal brown] bears killed, only 4 percent of hunters (accounting for 123 bears) reported salvaging any meat.” 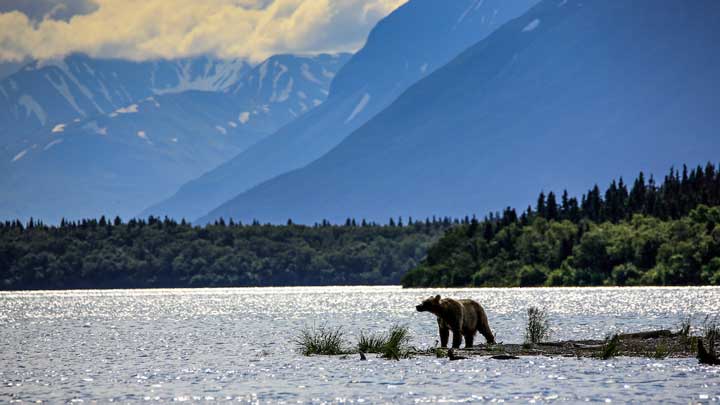 Although not hunting on this trip, when the author next gets to Alaska, he says he's just going to have to try bear meat for himself. (Image by Keith Crowley.)

A perusal of various Alaska hunting websites and message boards confirms what Cousin Dave said: Many people find inland grizzly meat perfectly fine on the table. Comments ranged from “just as good as black bear” to “over the campfire it was the best meat ever” to “it was not good enough to eat again.”

As with all wild game, opinions vary. The one constant is that bear meat, whether it’s from a grizzly or a black bear, needs to be cooked thoroughly, with the interior temperature of the meat reaching at least 160 degrees Fahrenheit to kill any potential parasites like those that cause trichinosis. The Centers for Disease Control (CDC) has a page devoted specifically to this topic and anyone considering a bear hunt (or a boar hunt or mountain lion hunt) should educate themselves about proper handling and preparation of the meat. For example, you should know that according to the CDC, “Smoking, freezing or curing game meat does not kill all Trichinella species.”

So, inland grizzly bears certainly are edible. And like all wild game, the quality of the meat will depend on numerous factors. Therefore, meat acquisition is absolutely one of several legitimate purposes for a managed grizzly hunt in the contiguous United States. When grizzlies are finally delisted, maybe I’ll try for a permit and make up my own mind. 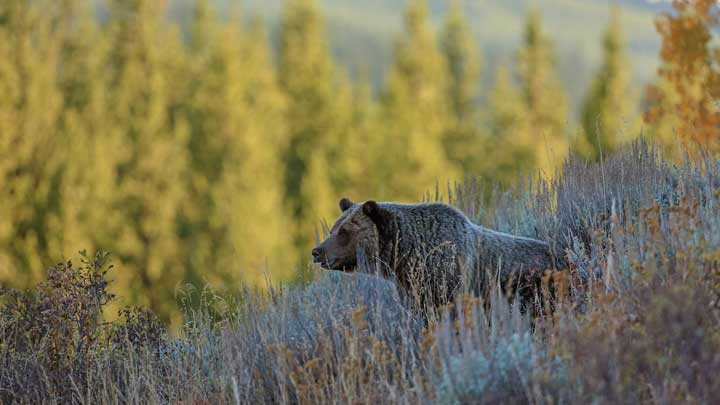 As hunters, we must be prepared to face the animal rights extremists cries of "trophy" hunting. Hunting is part of managing species and as the grizzly bear expands its range and increases its interactions with humans, hunters will be part of the solution. We need to be able to explain why we sometime do, and sometimes don't, eat the meat we harvest. (Image by Keith Crowley.)

About the Author
Keith R. Crowley is an award-winning writer and photographer and the author of three books on the outdoors: “Gordon MacQuarrie: The Story of an Old Duck Hunter,” (2003), “Wildlife in the Badlands,” (2015) and the newly released “Pheasant Dogs.” When he is not traveling in search of new stories and new images, you can find him at his home on a lake in northwest Wisconsin with his wife, Annette, and a collection of old dogs and old boats.