Returning from a recent Canadian hunting trip in Saskatchewan, I re-entered the United States through the Minneapolis/St. Paul International (MSP) Airport, got off my plane and made my way to U.S. Customs and Border Protection (CBP). As anyone who hunts and flies knows, traveling with firearms always has the potential to land you in a bureaucratic mess, and I felt some unease as I approached the CBP official.

I was prepared, though. I had my passport in hand, airline boarding passes and bag tags, plus an authorized U.S. Customs Form 4457, the “Certificate of Registration for Personal Effects Taken Abroad,” which other members of the hunt said I likely would need.

Yet I never was asked by anyone at CBP to produce Form 4457.

Oh, my passport was looked over by the CBP official. And, true, right after this, a Transportation Security Administration (TSA) employee had me unlock my rifle case and ran a cloth patch around the outer and inner edges of said case looking for, well, I’m not sure what TSA employees look for, but the patch came back clean.

While I was certainly happy to bring my rifle back into the United States without a hitch, I was a little bothered when I thought about the four-plus hours I’d spent a week before driving to and from my nearest CBP office with my hunting rifle and my completed Form 4457 to get it approved.

And the six other people with me on my Canadian hunt? They were not asked about Form 4457 when they re-entered the United States with their firearms either. 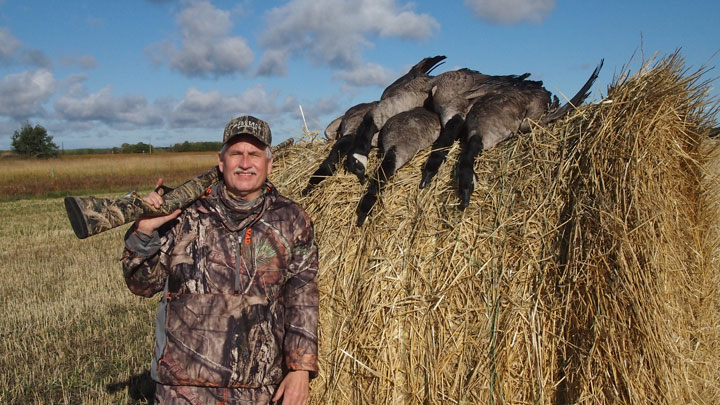 The author hunts frequently in Canada and recommends having the U.S. Customs Form 4457 on you, just in case you need it. Three years ago he visited Manitoba on a goose hunt. (Image courtesy of Brian McCombie.)

I’ve hunted Canada probably 10 times over the last six years. CBP has only asked me for any paperwork concerning my firearms once, and even then, the CBP officer requested my Canadian firearms declaration form.

Before I made the drive to my nearest CBP office to present my completed Form 4457 to a CBP agent, I asked my Facebook friends who hunt abroad if they’d ever needed the form when returning to the States. Half my fellow Facebookers who responded noted they were frequently required to produce the form. The other half?  “Never been asked,” was the response.

Now, Form 4457 is not a firearms form, per se. As the form’s title explains, 4457 proves that the item or items you are bringing back into the country are yours and that they were with you when you left the United States so you do not need to pay a duty tax on them. Translation: You didn’t buy that expensive item—rifle, camera, computer, jewelry, etc.—abroad and are not trying to sneak it into the country duty-free.

Once I was home from Saskatchewan, I contacted the CBP Press Office and inquired if there was any set policy concerning Form 4457 as it applied specifically to firearms and the people transporting those firearms.

“Although form 4457 is not required, it is a big help for hunters returning to the United States,” said Nate Peeters, CBP’s Office of Public Affairs. “Having it will save a lot of headaches—and dollars.” He noted that CBP had recently published a press release on this very subject of hunters traveling overseas with firearms.

Key take-away from the press release: “It is the traveler’s responsibility to be aware of these regulations in order to ensure their trip goes smoothly.” 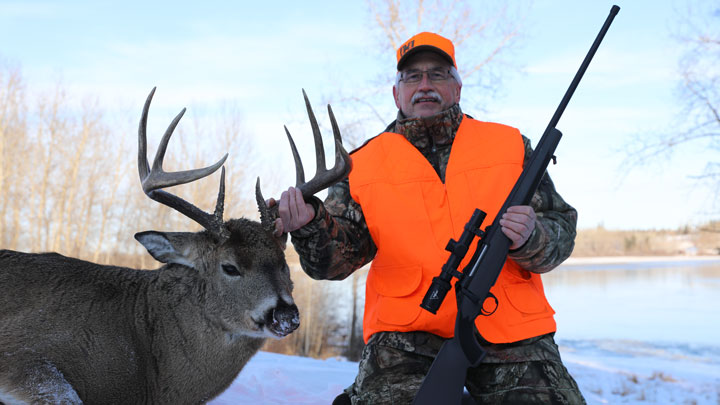 The author traveled to Saskatchewan, Canada, last fall. This was the trip that heightened his awareness of the benefits of having U.S. Customs Form 4457 on hand when hunting abroad and transporting your own firearms. (Image courtesy of Brian McCombie.)

Former NRA employee Greg Ray is the owner and founder of Outdoor Solutions, a company that sends clients on hunting and fishing trips around the world. He advises all clients taking firearms outside the United States to have the completed Form 4457 in hand. Ray himself was caught in a bind recently, the kind of bind where a Form 4457 would’ve been a huge help.

“I travel across our northern border almost every year for some type of hunt in Canada and I have always filled out my own 4457,” Ray said. “But I wasn’t able to find the form on my way back into the States recently. The Customs agent gave me a hard time about my rifle and optic, even though my firearm was on my Canadian form with the same serial number, proving I had brought it into Canada with me. He said he could cite me for a violation and even confiscate my rifle.”

Ray was able to convince the agent to accept the Canadian firearms form as proof the rifle was his. And then he had to make a run, literally, for his connecting flight, and just made it to the airplane before the doors were shut.

As all the above suggests, there’s no hard and fast policy at CBP about Form 4457 when you are returning to this country with your personal firearms. But if they ask for it and you don’t have it, your life could suddenly become very, very difficult.