On Mar. 26, U.S. Army Ranger veteran celebrity Mat Best and country music artist Joe Montana posted a song to YouTube called “Quarantine.” As of this writing on Mar. 31, the song had garnered over 1.3 million views. Folks are churning out plenty of humorous ditties about our present-day coronavirus predicament, but true to the quality of work Best is involved with producing, this song is actually good. So good, in fact, you’ll be whistling along in no time, playing it repeatedly and sharing it on social media. The best part? Best playfully calls out his anti-hunting friends in the middle verse.

All my anti-huntin’ buds are reaching out to me
I know your freezers stay stocked up
Can I get some fresh deer meat?

And then in a nod to those who have wisely planned for personal and home defense as well as hunting, the song takes another poke at those who failed to do so. And, as we all know, in addition to being ideally suited for home defense, the AR-15 is also a reliable, easy-to-operate and light option for hunting.

Well I hope your family is well
Hope them hands are clean
Any chance that you might have
An extra AR-15? 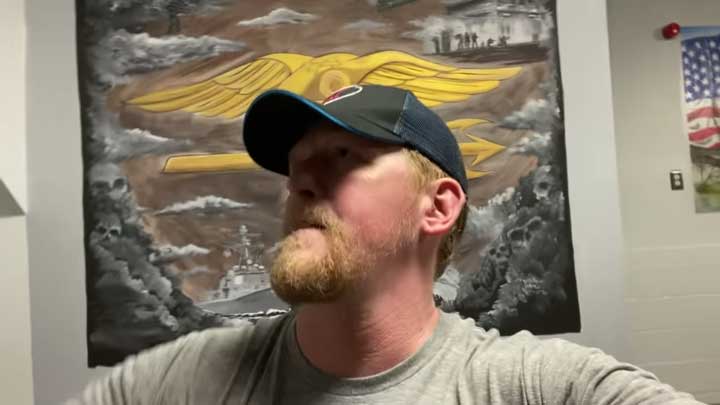 U.S. Navy SEAL credited with the takedown of Osama bin Laden, Robert J. O'Neill is just one of the many pro-hunting veterans, athletes and country musicians who makes an appearance on the music video "Quarantine" by Mat Best and Tim Montana.

Another standout of the video is all the cameo appearances of veterans, athletes and musicians, especially those who hunt. Watch for Rob O’Neill, former U.S. Navy SEAL, senior chief petty officer and special warfare operator responsible for taking down al-Queda founder Osama bin Laden at his compound in Abbottabad, Pakistan, on May 2, 2011. In February 2019, O’Neill was the keynote speaker at the Western Hunting and Conservation Expo in Salt Lake City, Utah. Bert Sorin is the president and co-owner of Sorinex Exercise Equipment, which among other things works with military and government entities to improve physical fitness readiness. He is also a hunter and you’ll catch him whistling along to the catchy “Quarantine” from inside a blind. Former U.S. Army sergeant, actor and Ultimate Fighting Championship (UFC) heavyweight and light heavyweight champion and coach Randy Couture also enjoys hunting. You’ll spy him, among other hunters such as U.S. Marine and Medal of Honor recipient Dakota Meyer, cutting up for the video cameras, too.

"Quarantine" a song by Mat Best and Tim Montana
Mat Best and Tim Montana take good-natured potshots at their anti-hunting friends who now respect their full freezers of venison. Have fun picking out your favorite country music acts, mixed martial artists and celebrity veterans. The full guest list is available through the video below.

It doesn’t matter in which era you served in the U.S. Military, you undoubtedly know Mat Best. He hails from Santa Barbara, Calif. and in 2004, enlisted in the U.S. Army after graduating high school at the age of 17. He deployed five times with the elite 2nd Ranger Battalion and then worked as a private contractor with the Central Intelligence Agency (CIA).

Best reintegrated into civilian life by earning a bachelor’s degree in liberal arts and co-founding two companies, Article 15 Clothing in 2012 with U.S. Air Force veteran Jarred Taylor and the Black Rifle Coffee Company (BRCC) in 2014, along with former Green Beret Evan Hafer. BRCC, by the way, is donating coffee to medical personnel with each purchase throughout this national health care emergency. 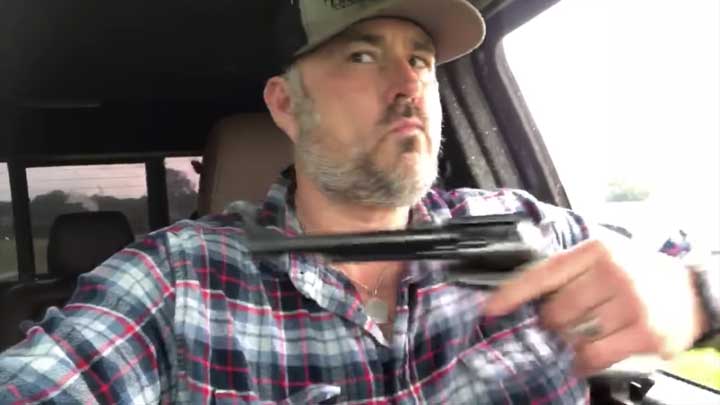 Former U.S. Navy SEAL Marcus Luttrell is the bestselling author of "Lone Survivor, The Eyewitness Account of Operation Redwing and the Lost Heroes of SEAL Team 10," and as Texas Monthly reported in 2012, he enjoys hog hunting. He, too, hams it up for the cameras in "Quarantine."

Best began showing up on veterans’ radar prior to these business successes, though, back when he and Taylor were producing content for his YouTube channel as they could when Best cycled back to the States on leave of absences. MBest11x, which currently enjoys a subscriber base of 1.4 million, is filled with raw language and raunchy imagery that rivals the best or worst in rap, depending on your perspective. It’s rich with interbranch rivalry and military humor, and the veteran community flocked to it long before Best peaked on Billboards charts in position 36 with a wild and crazy number about being a special forces operator. His rap battles: “Marines vs. Army,” “Navy SEALs vs. Army Rangers” and “Special Forces vs. MARSOC” (U.S. Marine Corps Forces Special Operations Command) are aimed directly at the thick-skinned, black-humored veterans he genuinely loves so dearly.

More recently, the videos and music productions Best puts together for BRCC have featured more family-centric gatherings with country music accompaniment and hunting, especially bowhunting, on the BRCC Ranch. For instance, the company covered its charity archery event in one video and then invited John Dudley of Nock On Archery and U.S. Navy SEAL Andy Stumpf back to produce more in-depth content.

Mastering the Craft of Archery: John Dudley
This Black Rifle Coffee Company production showcases John Dudley of Nock On Archery and the life lessons that archery and hunting have taught him.

This is not Best’s first collaboration with southern rock/outlaw country musician Tim Montana. The musical partnership has produced a few songs celebrating the caffeinated outdoor- and veteran-loving lifestyle that happens at gatherings at the BRCC Ranch, now, of course, on hold due to the coronavirus crisis. After seeing the movie “American Sniper,” which tells the story of U.S. Navy SEAL Chris Kyle, Montana became a vocal supporter of the veteran community, to the point of commissioning a custom Chris Kyle guitar that he auctioned off for over $100,000 to benefit the Guardians of Heroes Foundation. His beard, for which he’s written songs, his strong singing voice and good-natured persona have garnered him a following that pairs well with Best’s forays into his own musical aspirations and marketing goals for BRCC.

Best writes about his experiences in Iraq and Afghanistan in his memoir “Thank You for My Service,” co-authored with Ross Patterson and Nils Parker. It’s a must-read for his fans. And for those who wonder if Best is all about the whiskey, beautiful women in bikinis and an arsenal of firearms, rest assured that his “I Choose Life” series of videos will leave you in tears for the loss of all service members in all conflicts and for those who walk daily with their ghosts. He is a living example to veterans on how to harness your creativity and express it as a means of dealing with what happened on the battlefield and what happens on the homefront upon your return. Everything he does, whether he’s fully aware of the extent of his reach or not, helps veterans to shorten the so-called “lost years” during their reintegration into society—even if it is to laugh more easily. 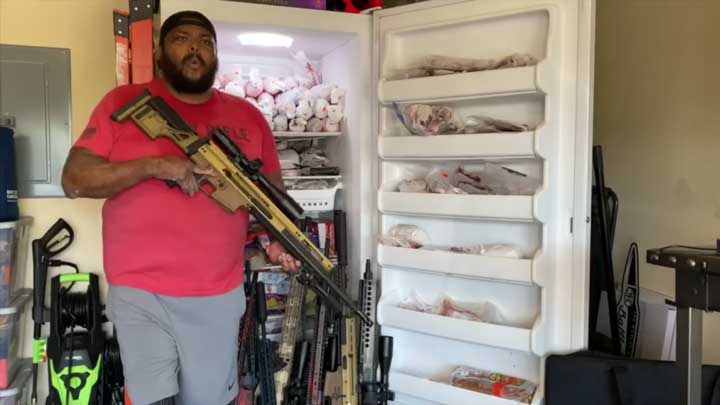 Omar "Crispy" Aliva was a U.S. Army Infantryman when he was injured in combat. His passion for remaining positive and being supportive of people who also suffer with physical deformities has garnered the devoted hunter a wide-reaching social media audience.

Part of that journey for many veterans has incorporated time outdoors, acquiring hunting skills and applying them to fill the freezer. Another of the many hunters who make cameo appearances in the “Quarantine” video is Omar "Crispy" Avila. This Army infantryman was horribly burned in service to his country, but hunts with a passion to both feed his family and soothe his soul. He is also committed to supporting those with physical deformities of all kinds, helping them find acceptance and even appreciation of their own bodies as he faces his body as it is now. It’s hunter veterans like Avila who humble all hunters, especially during the challenging times of a worldwide pandemic. As you follow him on Instagram, you might find him sitting in a camp chair, recovering from flare-ups at the site of his leg amputation by practicing his bow marksmanship, over and over. In the video, you’ll see him standing proudly beside his very full freezer.