Just another example of why I have been a Life member of the National Rifle Association (NRA) my entire adult life is the fact that it supports hunters and hunter-backed groups like the Colorado Stop the Wolf Coalition (CSWC). As a lifelong Colorado resident, I am proud to share that this week the NRA Institute for Legislative Action (NRA-ILA) added its substantial firepower to support the CSWC to stop the forced introduction of non-native gray wolves into Colorado due to an animal rights extremist ballot initiative now set for a vote on Nov. 3. As America’s largest hunter-backed organization, the NRA’s involvement sends a message to hunters, regardless of whether they live in Colorado, that engaging in this issue is critical to the future of hunting and wildlife conservation.

“Fighting for the rights of hunters and every law-abiding citizen is what we are about,” said Erica Tergeson, director of hunting policy for NRA-ILA. “That’s why we’re proud to team with the Colorado coalition to get the facts out about how forcing wolves on the public is such a bad idea.”

As you may have heard, the ballot initiative seeks to force the release of non-native gray wolves onto Colorado’s public lands. Colorado Parks and Wildlife (CPW), the state’s wildlife management agency, is already on record opposing the initiative. In fact, CPW passed a resolution opposing wolf introduction as far back as 2016. Then-Gov. John Hickenlooper also signed a letter with other western state governors against wolf introduction in Colorado. 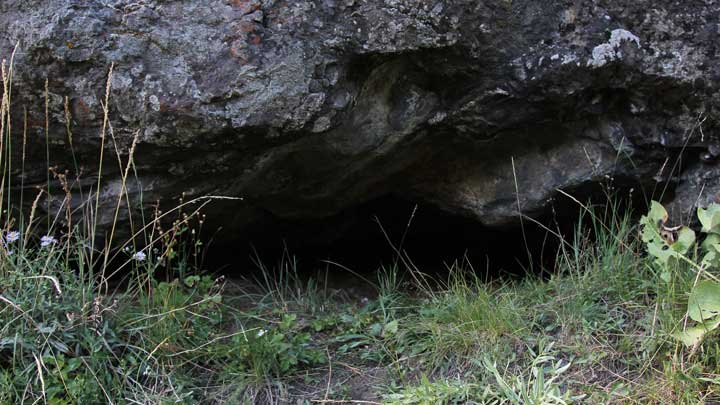 If gray wolves get a foothold in Colorado, not only will wildlife, livestock, domestic animals, humans and the wolves themselves suffer, but so will the rest of the West. This gray wolf den is in Yellowstone National Park. The Colorado Stop the Wolf Coalition hopes to halt the ballot initiative of animal rights extremists to force-introduce the non-native apex predators into the Centennial State. (Image by Brendan Oates, USFWS.)

Having seen this before when the animal rights extremists got Colorado’s spring bear hunting season put on the ballot, CSWC co-chairs Denny Behrens and Scot Oliver began organizing the CSWC in December 2018 to create a local movement to educate residents about the dangers of wolf introduction. “Now, with NRA-ILA on board, we are more encouraged than ever that once folks understand the issue fully, they will learn the facts about why forcing wolves in Colorado is not only bad for our people, pets, livestock and wildlife, but also bad for the wolves themselves,” said Behrens, in an official announcement acknowledging NRA-ILA support. In a follow-up interview, Behrens told me how excited he was about the NRA joining the coalition, partly because of how it will help Colorado sportsmen to realize wolf introduction is a huge issue “and not just a Colorado issue as it affects the entire West.”

It bears repeating that not only are the wolves that animal rights extremists want to introduce not native to Colorado, but it has been proven in other Western states how devastating they are to all ungulate populations. This doesn’t even factor in the damage they do to the livestock industry, which in many cases leads to farmers and ranchers having to be compensated by the state for heavy losses, costing even more money that otherwise could be put toward other important wildlife management projects. And it also sidesteps the fact that wolves carry pathogens that are harmful and can be fatal to wildlife, livestock, pets and humans. 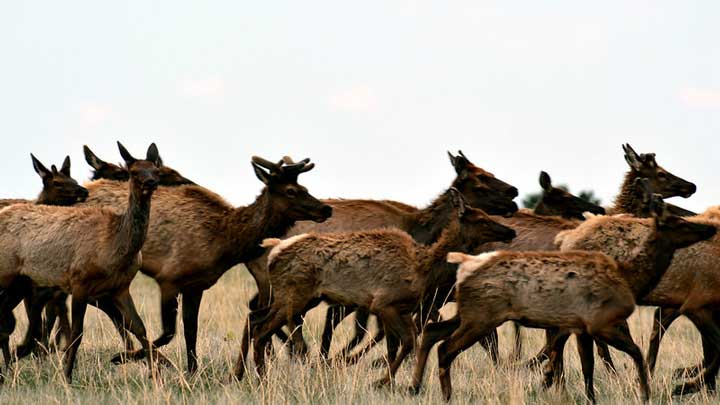 Gray wolves, which are larger than any native wolves that were ever in Colorado, have no difficulty taking down elk like these at the Rocky Flats National Wildlife Refuge. Moose aren't a challenge either and mule deer, which are already struggling population-wise, don't stand a chance. (Image by Ryan Moehring, USFWS Mountain-Prairie.)

To make my point, all you have to do is look at Yellowstone National Park (YNP), where the same Canadian gray wolves were introduced in 1995 and since then have decimated wildlife populations. Before the wolves were released into YNP, I archery elk hunted in Montana every year. I would plan my drive through Yellowstone to start at daylight so I could take photos of the rutting bull elk as I went through the park. It was amazing the numbers of elk you could photograph and video. The last time I hunted Montana a few years ago, I went through the park at daylight on the way to Montana and drove back through in the late evening and never saw a single elk. The gray wolf is much larger than any wolf that ever lived in the Lower 48, which makes it way too efficient at taking down large animals up to and including moose, which Colorado has worked hard to return to sustainable, huntable populations.

Anticipating the inevitable future hurdles with wolves that wildlife officials expect to naturally occur in Colorado, CPW already has a management plan in place to address the colonization of wolves in the state. In avoiding making matters worse, 39 Colorado County Commissioner Boards to date also have come out in opposition to wolf introduction.

It is good to see that local and national hunter-backed groups are pooling their resources to support Colorado’s professional wildlife managers—not ballot-box biology. The non-profit Colorado Stop the Wolf Coalition has put together an online petition that you can sign to halt the introduction of wolves into the state.

“If the sportsmen of America want to save our Western hunting heritage, then I would ask them to go to stopthewolf.org and donate,” concluded Behrens. 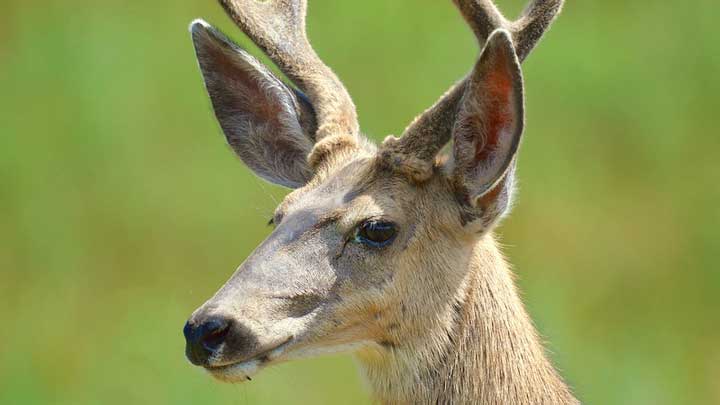 A mule deer buck is spotted in velvet at the Rocky Flats National Wildlife Refuge near Denver, Colorado. Sights like this will become far more rare, possibly non-existent, if animal rights activists get their way and force-introduce an apex predator into the picture. (Image by Ryan Moehring, USFWS Mountain-Prairie.)