You probably recall the headlines from last July when retired nurse and bicyclist Leah Davis Lokan, 65, of California was dragged from her tent, mauled and killed by a 417-pound grizzly bear in Montana. This week, follow-up news articles from People magazine to the Washington Post and Detroit News share the reason for the fatal predatory attack, which many of us familiar with the status of expanding grizzly populations maybe guessed: The bear was “food conditioned.”

The articles cite a 26-page incident report issued by the Interagency Grizzly Bear Committee (IGBC) earlier this year tracking how the bear had become used to exhibiting a “predatory instinct” in learning to seek non-natural (human) foods, which regularly leads to them to destroying property and exhibiting aggressive behavior toward humans.

As the report notes, “Many bears living in Montana, at one time or another, encounter unnatural foods such as garbage, grains and bird feeders and may be considered mildly ‘food conditioned.’ However, the circumstantial evidence gathered on this bear indicates a higher level of ‘food-conditioned’ behavior.”

The report is the result of an IGBC Board of Review (BOR) investigation involving state and federal personnel and is required after any human fatality caused by a grizzly bear per IGBC guidelines. It included investigations of personnel with Montana’s Powell County Sheriff’s Office, Montana Fish, Wildlife and Parks (MFWP), and Powell County Coroner’s Office. In summarizing the incident—including how the bear had been scared away from the tent site earlier that day but later returned—it reconstructed the management response leading to the bear being killed three days later while raiding a chicken coop. The BOR cited DNA evidence linking the bear to other area incidents while avoiding speculating on any details not supported by evidence. The conclusion was that Lokan was killed because something triggered a rare predatory response in a bear that was accustomed to scouting for human food and was attracted to the scents near her tent.

Worth noting is that Lokan had pitched her tent in the small town of Ovando along the noted Blackfoot River featured in the movie “A River Runs Through It.” The town happens to border forested land that holds an estimated 1,000 grizzlies. So, while predatory grizzly bear attacks on humans are rare, particularly in more inhabited areas where Lokan camped, all who venture outdoors must be on guard when in grizzly bear territory.

In making this very point when reporting on Lokan’s death last year, ABC News shared, “Over the past 20 years, there have been eight fatal maulings of people by grizzlies from a separate population of about 700 bears in and around Yellowstone National Park. In April, a backcountry guide was killed by a grizzly bear while fishing along the park’s border in southwestern Montana.”

In learning to co-exist with federally protected yet recovered grizzly bears, the fact is that as bear numbers escalate, reports of human-bear encounters will continue. Federal Endangered Species Act protections mean the challenges humans face are here to stay. This is why the IGBC urges hunters, anglers, hikers, campers, bikers, trail runners, farmers, ranchers and others who live in or spend time in bear country to “Be Bear Aware” and follow precautions. The IGBC report also recommends that if a grizzly bear approaches an occupied tent, campers should seek shelter in a building or vehicle and should not return to the tent for the night. It also promotes being educated about proper food storage, carrying pepper spray and remaining observant. As for me, for the short term I think I’ll avoid having to look over my shoulder by not hunting in areas where grizzly bears are known to roam. 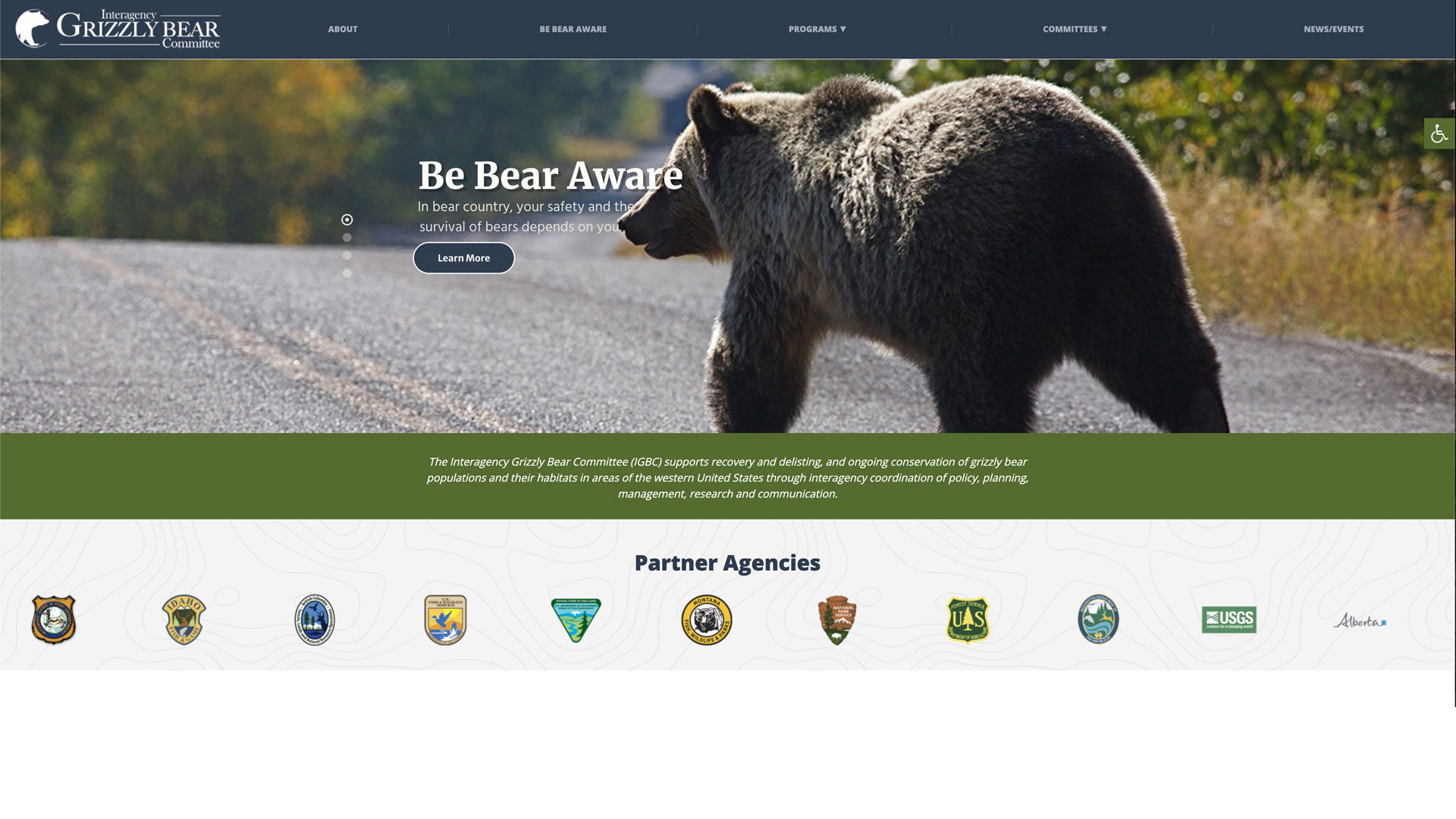 About the Interagency Grizzly Bear Committee
The IGBC was launched in 1983 as a cooperative effort over multiple jurisdictions to support the recovery, delisting and ongoing conservation of grizzly bear populations and their habitats in the western United States. As its website notes, when grizzly bears in the Lower 48 were granted protection as a threatened species under the federal Endangered Species Act in 1975, biologists estimated that the bears numbered maybe only 800. Today populations are increasing in the larger recovery areas, with well over 2,200 grizzly bears estimated across four populations as bears in many areas are push the limits of carrying capacity. The IGBC explains how grizzly bear populations in the two largest areas—the Northern Continental Divide Ecosystem and the Greater Yellowstone Ecosystem—are biologically recovered, and bears have returned to portions of their historic range where they have not been present for generations.

As the IGBC and this NRA website report, the recovery of grizzly bears represents one of the greatest wildlife conservation success stories of our time. Yet wildlife biologists and other conservation professionals are forced to fight animal rights extremists to get these bears removed from ESA protections. As the IGBC documents, scientific evidence shows it is long past time for grizzly bear management to be returned to the states.