California Doctor and Avid Hunter Speaks Out, Highlights Critical Threats to Hunting in a State Fueled by Anti-Hunting Extremists

Last week San Francisco Bay area doctor and NRA Hunters’ Leadership Forum member Dr. Arnold Goldschlager wrote one of the best opinion pieces I’ve read highlighting the need for balance between predator and prey populations and the severe threats to hunting posed by anti-hunting extremists who are using California as the launching pad for their national agenda.

Titled, “California Fish and Game Commission Has Gone Rogue,” the Jan. 27 op-ed piece exposes two critical facts: (1) Predators—coyotes, bears, bobcats, mountain lions—must be managed; and (2) The resignation of the two pro-hunting commissioners of the five-member California Fish and Game Commission, reportedly over frustration from fighting a losing battle with anti-hunters, means if Gov. Jerry Brown does not replace them with pro-hunters, the state’s hunting future may be dim—despite that California’s 2 million hunting and fishing licenses generate nearly $27 million in annual support for wildlife conservation. 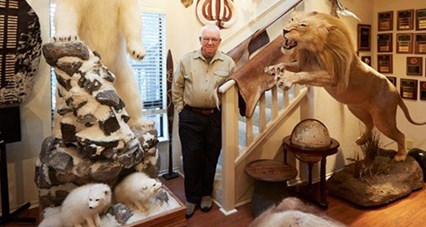 Hunters across America are in this fight together so I contacted Goldschlager as he was leaving for the SCI Annual Hunter’s Convention to speak with him firsthand. “We’re now at a crossroads,” he explained. “California is ground zero for the anti-hunting, animal rights and environmentalist movement. They’re all concentrated in California—it’s their laboratory—as they prepare to export their agenda to the rest of the country.”

Basically, there are three bodies that determine the fate of hunting in the state. The first is the state legislature, 160 people who lobbyists try and explain the scenario to and educate. The second is the Department of Fish and Wildlife—formerly named Department of Fish and Game, which is very telling—comprised of wildlife biologists who often respond to the science behind the rationale and do not promote emotion over wildlife biology, which is all hunters ask. And then there is the third: the Fish and Game Commission, which is now at the heart of the issue.

Goldschlager explained that because the remaining three commissioners are not hunters, sportsmen are trying to pressure the governor to put hunters in the two vacancies. That said, while 239,000 hunting licenses are sold each year in California, the fact the state boasts a population of 39 million means less than .62 percent are hunters. (And while there are far more fishermen than hunters in the state, Goldschlager says many do not realize they are also in the crosshairs of animal rights activists.)

For an anecdote highlighting the predator-prey imbalance, Goldschlager recalled a blacktail deer hunt he took my friend and former NRA President Sandy Froman on last November near Mount Shasta. “Though I used to see a significant number of deer there, we saw very few in five days,” he explained. “The difference is the proliferation of mountain lions.” Froman, who is from Arizona, told me she has seen her own share of predators encroaching on her property. I mentioned how husband, Phil, has faced the same issue over the explosion of predator populations in his home state of Colorado—and how I’d personally come across mountain lions’ fresh deer kills while hunting there—a state where one unit reported collaring more than 100 cats yet sets the hunting quota at fewer than 10 tags.

“And they want to make coyotes untouchable, too,” Goldschlager said, as he recounted the number of coyotes dwelling on his 30-acre property east of Palo Alto. “So we are fighting. The population doesn’t understand the need for a predator/prey balance, and we need to get the word out before it’s too late.”

So when anyone asks him why anyone would want a rifle that has a magazine with more than 10 rounds, he explains that is not the point as the antis try and criminalize law-abiding gun owners. “Once you give the pinky, the antis want the rest of the hand. Fortunately, when you talk in a rational, factual way to people whose minds are not made up, that’s the way to make a difference,” he said.“In states like Michigan and Pennsylvania it’s easier because those states have higher hunting populations, but in California, politics are dominated by the urban community.

Goldschlager’s bottom line can’t be over stressed. California is ground zero, the state’s Fish and Game Commission is at a crossroads because its composition has changed, and if Gov. Brown doesn’t appoint two pro-hunting commissioners, the future of hunting in the Golden State is at risk. As efforts of the antis continue, it begs the question, “What will they do next?”

As hunters, we are America’s foremost conservationists and understand the need for population balance between our renewable predator-and-prey wildlife resources. Despite the tales spun by animal rights extremists, predators must be managed. Speaking to the choir, you say? You’re right: We’re the choir. We’d better start preaching.