NRAHLF.ORG has big news for NRA members and NASCAR fans, who are often one in the same: NRA Second Vice President, NASCAR icon and avid outdoorsman Richard Childress will serve as the honorary chairman of 2017’s National Hunting and Fishing Day (NHFD). Set for Sept. 23, the day honors American hunters and anglers for the millions of dollars they raise annually for our natural wildlife resources through excise taxes and voluntary contributions.

Who better to elevate the profile of American hunters and fishermen than Childress, an avid sportsman and NRA Patron Life member who shot to fame as chairman and CEO of Richard Childress Racing (RCR)? Childress began driving for his one-car team in Welcome, N.C., in 1969 before handing his keys to driver Dale Earnhardt in 1981. The rest was history as the pair went on to win six championships. Today, 48 years later, RCR boasts 200-plus victories, including 17 championships, and fields eight full-time NASCAR teams as Childress continues to draw fans by the thousands. It was no surprise when he was inducted into the NASCAR Hall of Fame on Jan. 20, and it was no surprise that this avid outdoorsman was asked to headline our special day.

“This is an incredible honor to be asked to be the honorary chair of National Hunting and Fishing Day,” said Childress. “I am among great company with the former chairmen—conservationists and outdoorsmen who really care about the future of hunting and fishing.” 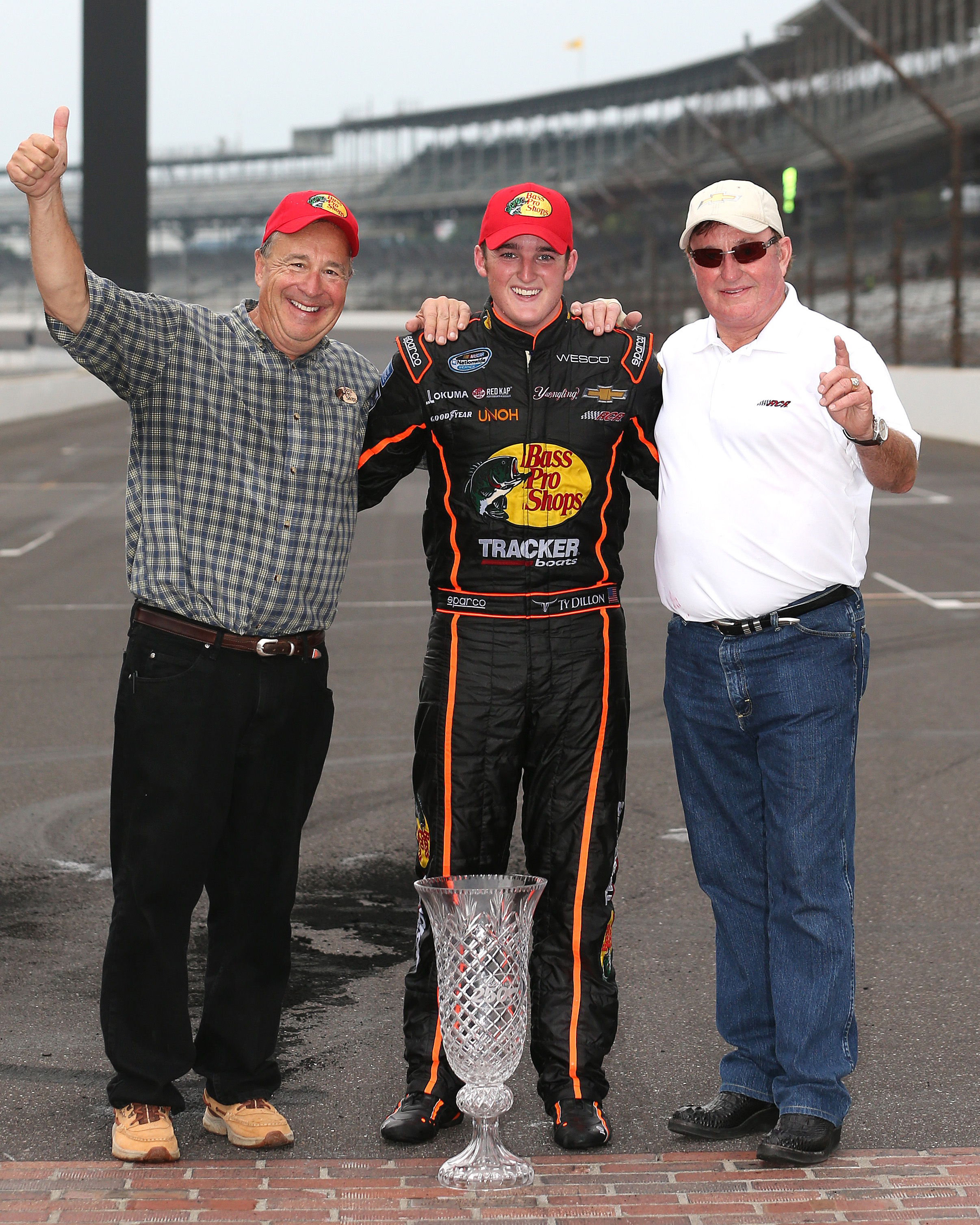 A great example of someone who works to give back and make sure others can enjoy America’s hunting and fishing heritage, Childress is the first to tell you to take someone hunting or fishing so he or she can experience the great outdoors. In step with the NRA, where he serves as 2nd Vice President, Childress is also co-chair of the NRA Hunters’ Leadership Forum and a member of its President’s Founders Club, supporting the NRA in its mission to go on offense to save hunting’s future and win the cultural war being waged by anti-hunting extremists.

“The Hunter’s Leadership Forum is an excellent program that was put together by a former NRA president, Jim Porter, who is a close friend,” Childress explained. “I’m honored to play a part in helping further our goals as an organization for hunting, fishing and conservation. We have over 5 million members in the NRA, and over 3 million of those are hunters. We owe it to them to protect and grow their right to hunt and fish.”

For those who do not know, it was America’s early conservationists—led by sportsman, NRA Life member and President Theodore Roosevelt in the 1900s—who promoted the sustainable use of fish and game. They created hunting and fishing licenses and lobbied for taxes on sporting equipment to provide funds for state conservation agencies. These actions were the foundation of the North American Model of Wildlife Conservation, the science-based, user-pays system marking the greatest conservation success story in history. For details on how $1.1 billion went back to the states in 2016 alone thanks to sportsmen, click here.

On Sept. 23, remember to set down your gun, bow or fishing pole long enough to pat yourself on the back. If not for sportsmen’s collective contributions, just think of how many fish and game species that might be long gone today. When it comes to promoting continued stewardship for future generations, not only is NRA’s Richard Childress the right person for the job. In true NASCAR fashion I’m betting he’ll be the first to race to his favorite hunting spot or fishing hole—no doubt with a new young hunter or angler in tow.

About National Hunting and Fishing Day
Held on the fourth Saturday of September each year, National Hunting and Fishing Day is the most successful grassroots effort ever created to celebrate America’s outdoor traditions and recognize sportsmen’s key role in funding wildlife conservation. Since being established in 1971, the day has been proclaimed by every U.S. President and countless governors and mayors. The NHFD website reports that national, state and local groups host more than 3,000 hunting and fishing events on this day each year, providing millions of newcomers with an opportunity to experience traditional outdoor sports firsthand.

When it comes to National Hunting and Fishing Day sponsors, first up is the Wonders of Wildlife National Museum and Aquarium, the official home of NHFD. Established by Bass Pro Shops' Johnny Morris in Springfield, Mo., Wonders of Wildlife educates visitors on the value of fish and wildlife and showcases an appreciation of America’s outdoor heritage. I know this firsthand after visiting the museum in July. And while you're there, be sure to visit Bass Pro Shops’ NRA Firearms Museum. Among many other sponsors are the NRA, NSSF, CSF, Izaak Walton League and NWTF. For more information, visit nhfday.org.