Another Grizzly Mauls a Hunter as the Recovered Species’ Population Expands

Once again, the emotion-based actions of animal rights extremists have had devastating consequences. For the latest example, Facebook friend Bob Legasa was just attacked by a grizzly bear while bowhunting for elk in Montana. The attack follows last month’s decision by Federal U.S. District Judge Dana Christensen to side with animal rights extremists and overturn the U.S. Fish and Wildlife Service’s (USFWS) decision to delist recovered grizzly bears in the Greater Yellowstone Ecosystem (GYE) from Endangered Species Act (ESA) protections,  though the bears exceed carrying capacity and grizzly bear maulings are on the rise. 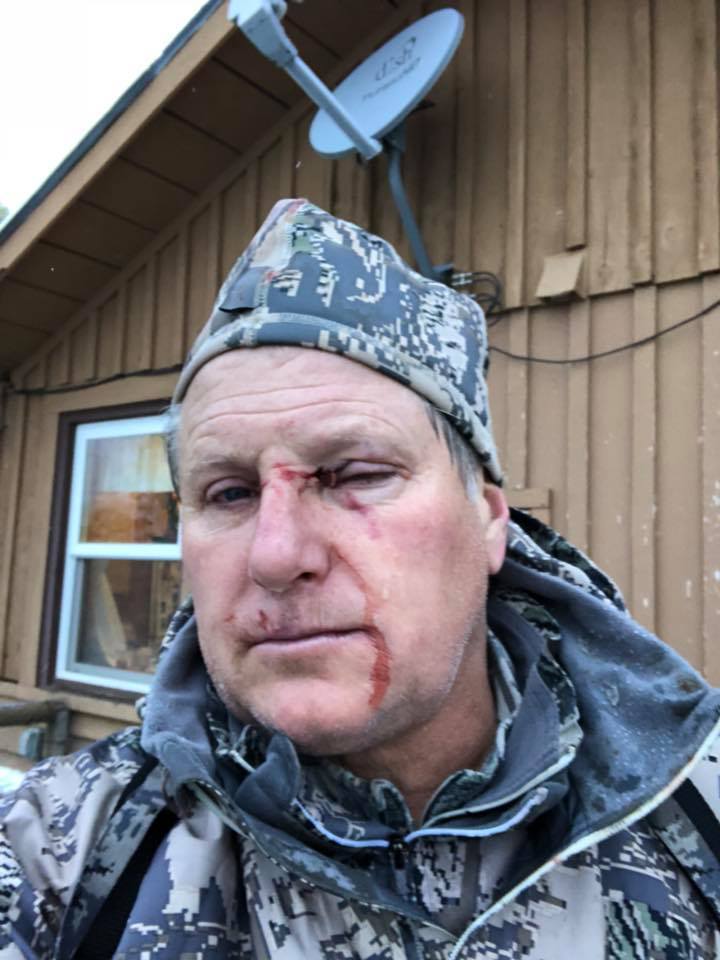 Bob Legasa was attacked by a grizzly sow while bowhunting elk with his hunting partner in Montana. Photo courtesy of Bob Legasa.

Legasa and friend Greg Gibson were hunting Saturday when they encountered a sow and her cub. The sow charged from 12 feet away and mauled Legasa, who had no time to react. He posted his account from the Bozeman hospital where he is alive to tell the tale, thanks to his hunting partner’s quick actions.

Lagasa shared on Facebook, “I was able to get my arm up to somewhat protect my face when she knocked me over. Greg was only a few steps behind me and was able to get his bear spray out and gave one shot to the bear, which stopped her. She reared up and came toward him. He was able to give her one more blast when she and her cub retreated.”

Legasa said his arm is broken in two places where the sow’s jaws clamped down, and he has scratches on his face from its claws. He went to the emergency room in Livingston but was transported by ambulance to the hospital in Bozeman because of severe damage to his arm. He will be discharged later today after receiving a tetanus shot and rabies shots and giving him more time for his wound to drain. 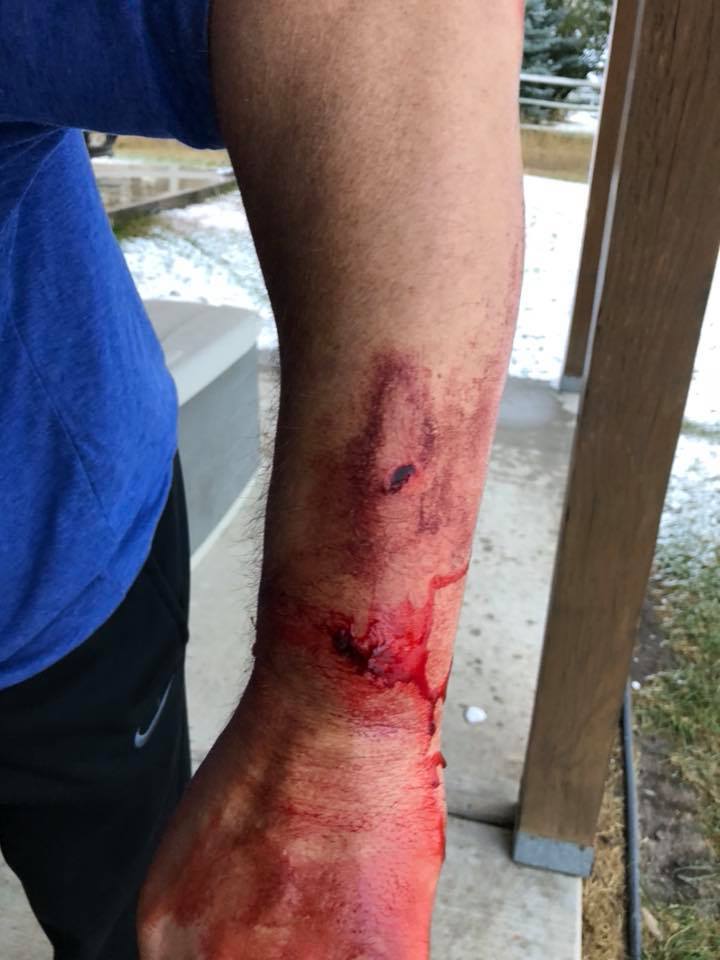 Bob Legasa gives credit to his hunting partner and friend Greg Gibson for ensuring his injuries weren't worse. As it was, Legasa's arm was broken in two places. Photo courtesy of Bob Legasa

At the end of his Facebook account, Legasa thanked his friend. “A huge ‘shout out’ to my hunting partner Greg as his quick response minimized the damage and severity of this attack.”

Legasa and fellow hunters recognize the scenario could have been much worse. Three weeks ago this website covered the story of hunting guide Mark Uptain, who was killed by a grizzly bear in Wyoming. The website made a very good point in saying that while such behavior is difficult to measure scientifically, wildlife managers have found that making sure predators have a healthy fear of people reduces attacks on people. But with no hunting season, the grizzly bears have nothing to fear.

Personally, I wouldn’t be too excited about hunting elk where there is a strong population of grizzlies and no grizzly bear hunting season. But maybe putting us on guard is all part of the anti-hunters’ plan in trying to force us out of the hunting woods. For a moral to this particular story, if you do venture into areas packed with grizzly bears, do not hunt alone and watch each other’s backs.

Editor’s Note: As for Judge Christensen’s ruling in September to return GYE grizzly bears to ESA protections, the truth that animal rights extremists conceal is that the USFWS would never delist a species in the first place unless their populations had recovered. The ESA protections for the GYE (Montana, Wyoming and Idaho) grizzly bears have long since served their purpose. Yet not even the potential of humans being killed by these predators was enough to prevent the judge from advancing the animal rights extremists’ agenda.