At 8 years old, “no” was the only answer young Josh Hoekendorf gave every time his dad, Don Hoekendorf, asked him to go shooting with him at the gun club. An NRA Range Safety Officer (RSO), Don was passionate about the shooting sports but was patient and waited until his son was ready. The wait did not last long. Josh asked to begin his firearm safety and handling instruction just a few months later. He soon began enjoying the shooting sports and three years later went on to win first place in his first Glock competition at age 11.

Now 15, Josh is a sophomore in high school, a member of the track and field team and an airsoft enthusiast with numerous successful Glock competitions under his belt. When asked what he loves most about competitive shooting sports, his immediate answer is all the time he and his dad get to spend together. “For the past seven years, my dad and I have done so much shooting together at the range and traveling to competitions that we are really close because of the sport,” he explained. In overcoming a childhood fear of guns, he added, “I developed a healthy understanding and respect for the power of firearms and have become a confident and successful competitive shooter.” Don added that the maturation of his son’s handling of firearms often far surpasses that of adults and he enjoys sharing in his son’s competitive shooting success.

Josh would have missed years of enjoyment in the competitive shooting sports arena if not for his father’s introduction to this lifelong sport. But just how did Dad Don become such a passionate shooter and mentor? He grew up in a family where both his grandfather and father had served as the chief of police. Guns were a familiar piece of the landscape in his home, and gun safety and responsibility were paramount. Don went on to a career in emergency response, serving as a fireman outside of Chicago until an injury forced his early retirement. In searching for a new purpose in life, Don moved to Colorado with his family.

Soon after, in December 2007, news broke of a shooting at the New Life Church in Colorado Springs. The shooter was shot by a member of the church's safety team, who was carrying a licensed firearm. Don’s own congregation decided it, too, needed to be prepared for an emergency. With his background in emergency response and familiarity with guns, Don joined the church’s volunteer team. The plan was to have both armed and unarmed security for his church. Don decided to go through the necessary qualification process to be armed.

Don joined the nearby Centennial Gun Club in Centennial, Co., where he focused on refining his shooting skills. As an NRA member, it was there that he found his post-retirement career, serving as the club’s Chief NRA RSO and NRA Basic Pistol Instructor. Don’s passion for firearm safety, education and training became his new purpose. He also sought to teach his own children about the power of and respect for firearms, whether for shooting sports, hunting or personal protection.

Leaving a Legacy: The Launch of ArchniGRIP

Recognizing the need to emphasize pistol safety and grip control in his training classes and on the range, Don worked with a friend to develop and patent the ArchniGRIP,  a slide grip designed to aid shooters in the safe use and control of their firearms. He soon became a proud member of the NRA Business Alliance, which the NRA launched in 1992 to provide NRA-member-owned businesses with a marketplace to sell their goods and services to fellow NRA members. 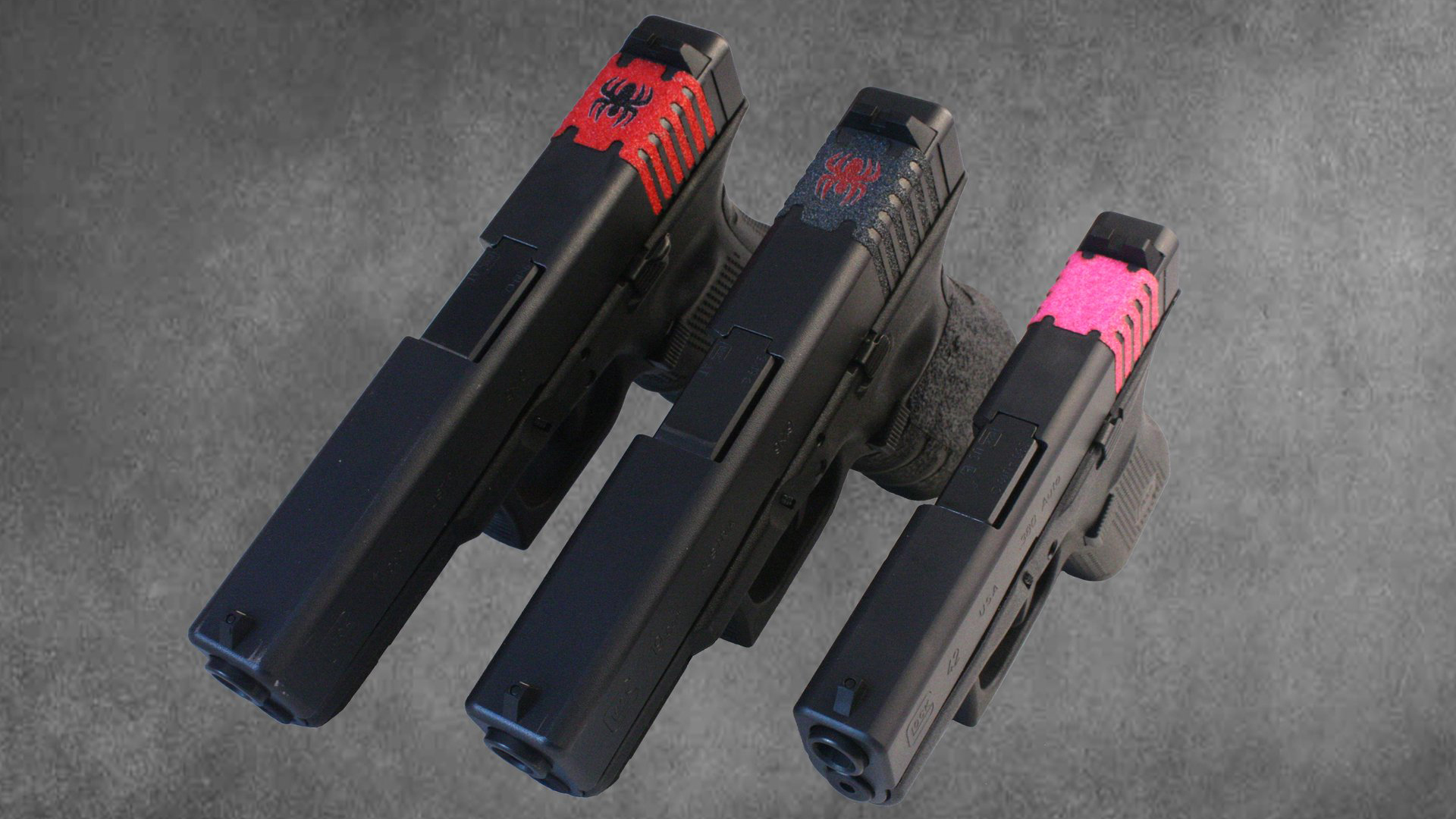 The ArchniGRIP is a slide grip designed to assist shooting enthusiasts with weaker hands or when the weather is inclement.

ArchniGRIP products and instructional videos also aid shooters who are affected by weak hand and grip strength when operating the slide of their semi-auto pistol. Products such as the “peel and stick” Slide Spider—an adhesive grip designed for most major pistol manufacturers’ firearms that can enhance a shooter’s grip, particularly in extreme conditions.

When I asked Josh what he wished others knew about firearms and the competitive shooting sports, he respectfully expressed his desire for others to learn more about firearms and understand the sport of shooting. He recognizes that many of his friends fear guns because of their lack of exposure to America’s firearms, shooting sports and hunting traditions and the misinformed opinions that are creating a disdain toward the sport of the unknown. Josh also noted his concern over the distorted information purposely presented by those who are against law-abiding American’s Second Amendment rights, wondering how this will impact his ability to own firearms and share the joy, camaraderie and livelihood that shooting has brought to him and his father.

Fortunately, Josh and Don are doing their part to talk with people in their own daily lives who do not own firearms or who have never shot a gun. In the meantime, they will be taking their respective skill sets for shooting into the field this fall as the father and son go bird hunting. Both are looking forward to yet one more activity where they can channel their passion for firearms, hunting and the shooting sports.

About the Author
Lori Pace resides in Colorado with her family. She is a high school teacher and is married to Anthony N. Pace, founder of Freedom Hunters. Lori enjoys a multitude of outdoor opportunities with her favorites being pheasant and antelope hunting. When not teaching, being a mom or hunting, Lori enjoys reading, writing and print design for various professional platforms.