I did not grow up in a hunting household. I don’t know exactly when the seed was planted, but when I got out of the Army and took a copyediting position with a fishing magazine, it did not seem odd. The peace of being outside and being lucky enough on occasion to experience the tug of a creature through a line and into my hand was a thrill. All these years later, it now seems natural to progress into hunting, however slowly. I’m not sure hunters can speed up the process, but they sure can nurture it when it buds. They do it with their friendliness, their sense of fun, their continued invitations to join them. Brian Malone is just such a mentor.

I knew that although the whitetail deer population is up to 80 per square mile in the eastern portion of Massachusetts where I live due to no-discharge town bylaws and lack of access, I did not want to hunt deer. I wanted to start with something manageable—rabbit, ducks or game birds—something that I could handle myself from field to table. When I heard that my local guntry club was offering a free seminar on turkey hunting, I signed up for it. I mean, I’d seen rafters of turkeys roaming the streets marauding villagers, so how hard could it be? I’d heard stories of them knocking on sliding glass doors, presumably to demand an easy meal, but in actuality fighting their own unrecognized reflection. They harassed mailmen. Their carcasses, feathered in richly colored iridescence, lined the highways. In other words, their numbers had increased to the point where you could hit one over the head with a skillet on your front lawn. In all seriousness, the return of the wild turkey to Massachusetts is a hugely successful conservation effort, currently closing in on 30,000 from an early 1970s trap-and-transfer program of only 37 birds from upstate New York to the Berkshires.

A small group of people had gathered in the large classroom at Cape Gun Works (CGW), a state-of-the-art indoor range, training facility and pro shop in Hyannis on Cape Cod. CGW co-owners Toby Leary and Brendon Bricklin had invited Malone to host Turkey Talk. Malone is a retired law enforcement officer, an NRA-certified range safety officer and a Massachusetts-certified firearms safety and hunter safety instructor. However, his passion is turkey hunting, including 30 years of voluntarily teaching people about conservation, taking them on turkey hunts and offering instruction that brought him here this night. In fact, he’s such a mentor to so many that the National Wild Turkey Federation (NWTF) honored him with its Mentor of the Year award at its 42nd annual NWTF Convention and Sport Show in February in Nashville. He was also responsible for helping bring wild turkeys back to Cape Cod and for establishing the local Cranberry Country Longbeards NWTF chapter. 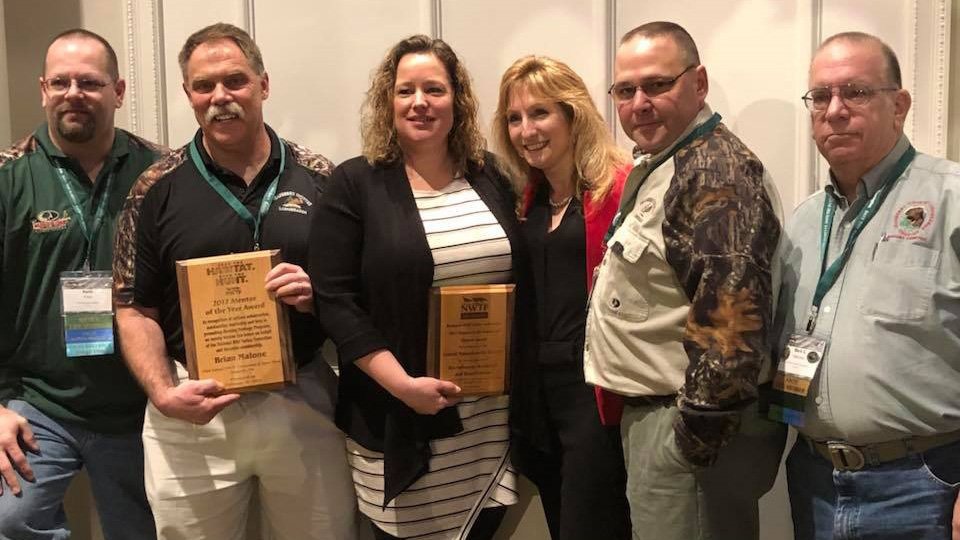 Prior to class I had called Malone to ask if there was anything I needed to bring with me. It was then that he mentioned turkey calls, and especially the advantage of practicing with diaphragm mouth calls. In short order I figured out that turkey calls are to turkey hunters what fishing lures are to fishermen. They come in all shapes and sizes for all shapes and sizes of palates. These little half circles of latex and reeds are just as addictive as fishing lures with each configuration of cuts producing different sounds. Before you know it, you have a collection! The best thing I did was repeatedly listen to a CD that you can get through Primos Hunting called “Mastering the Art: Mouth Calls Made Easy.” Turkey hunters Will Primos and Troy Ruiz walk you through 10 calls, giving you reference words to help make the proper sound. When it was time to actually try one, Malone suggested the Sonic Dome Triple with BAT Cut for my first attempt. I was able to make sound, and to that I must give credit to the call itself and the instruction Primos provided. 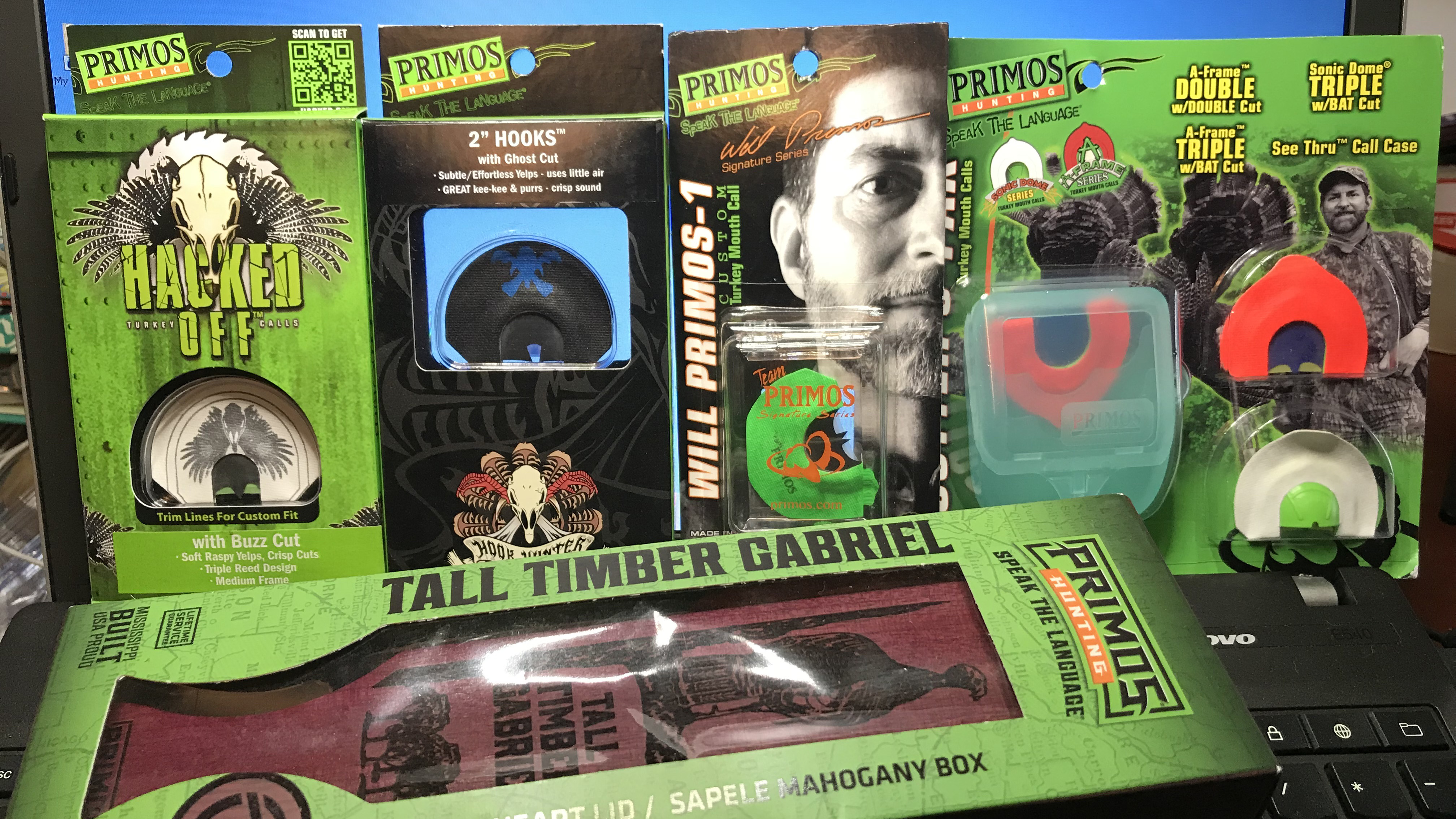 There's a mouth call out there made just for you. If you get yours at Primos Hunting, be sure to check out the "Mastering the Art: Mouth Calls Made Easy" CD. They aren't exaggerating: It was all made simple to understand. However, practice is critical.

The seminar was relaxed and free-flowing, which allowed for questions to guide the material presented. Emphasis was put on woodsmanship and safety. It made an impact because when I thought of practicing while walking my dog around a cranberry bog, I quickly thought better of it. I may not call up a stalking hunter, but I just might call up a coyote. Malone’s story about being on duty in his cruiser with the window rolled down and practicing turkey calls at a light made everyone laugh. Tourists in the car next to him must have thought he was crazy, but it’s easy to see how a budding turkey fanatic would want to practice every chance he or she got and how that could be an affront to people within earshot.

Malone’s partner for this class was Kevin Antonovitch, president of NWTF Cape Cod chapter. The men went over the behavior of the birds, and, of course, the sounds the birds make during those behaviors and how you can mimic those sounds with your diaphragm call. (Again, I can’t emphasize enough how well-prepared I felt having listened to the Primos CD.) Malone and Antonovitch discussed firearms and the state-required safety sticker for turkey hunting, since it’s the most fraught with accidents. They went over the spring and fall seasons in Massachusetts and how to hunt them, as well as seasons in adjacent states, since hunters often head out of state for more plentiful access to hunting grounds. 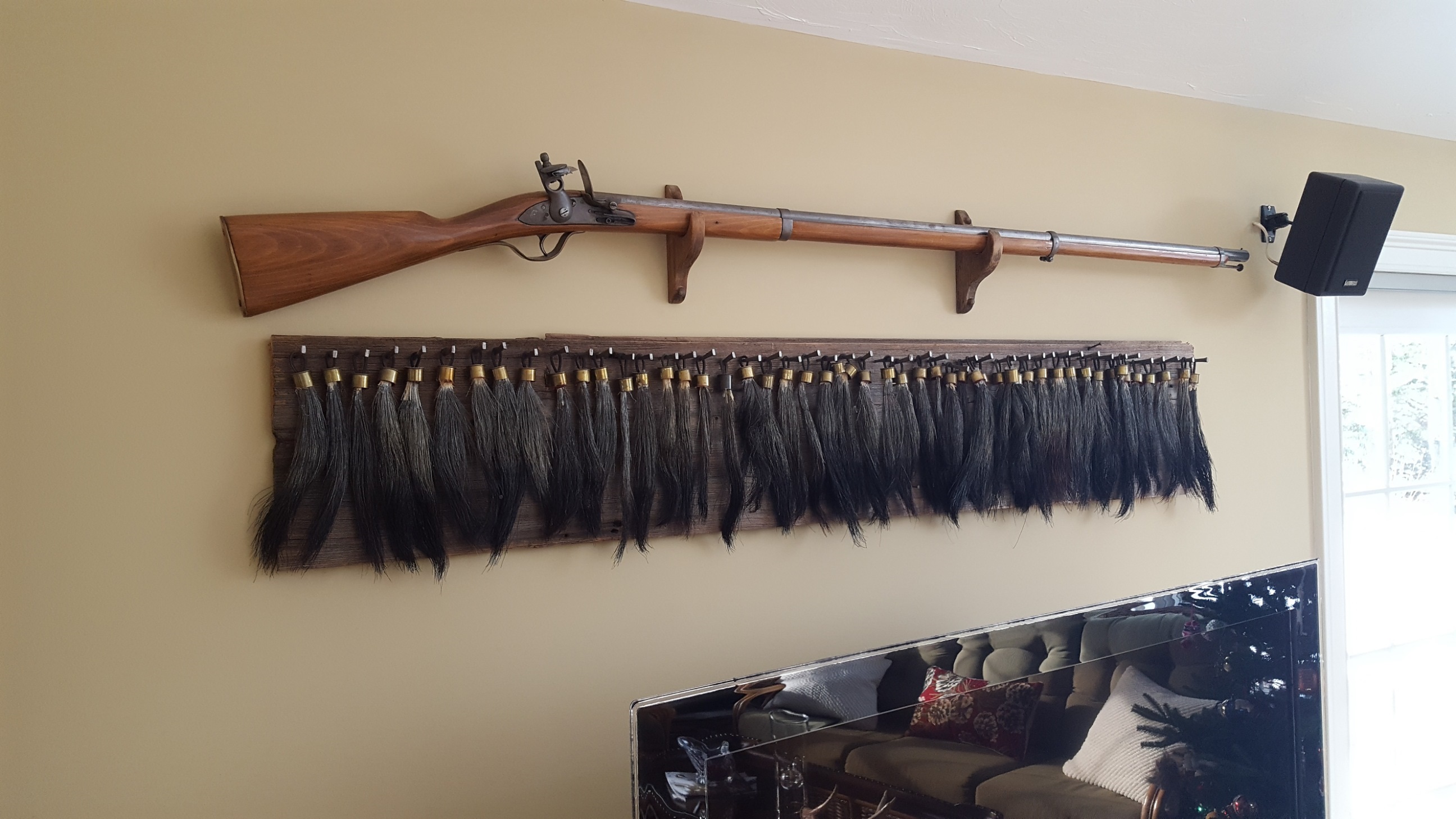 Brain Malone displays beards from his turkey conquests under a flintlock. Nothing says New England like turkeys and a rich Revolutionary War era history.

My notes started to look like a shopping list: binoculars to properly identify, say, a male from a bearded hen; an extra-full choke; gloves and a face net. The class was over too quickly, but the instructors gave out their emails for further questions. Turkey population management questions were directed to Kevin Antonovitch, wildlife biologist with the Massachusetts Division of Fisheries and Wildlife, who in June had requested state residents help in the annual turkey count. Other questions could be answered by the mountain of material available through the NWTF website.

Hunting is one of the few activities that can only be learned through a mentor. Yes, you can listen to informational CDs, you can read articles and watch videos on everything from how to set markers where you’ll be hunting so you can judge the range as a turkey comes into view to what a young female turkey is called. But in the end, you need someone to take you hunting. You need someone who will whet your appetite to learn more. Malone does exactly that. He doesn’t cram you full of information. His pace is relaxed, fun and inviting, and he always extends the invitation to go turkey hunting. If you have any interest at all, you’d be a fool to pass up the chance to learn from such a mentoring master. I knew I was hooked when I came home and started combing the “Gear Up” section at NWTF.