The story of Mozambique is one of a paradise reborn. Long suffering from the impacts of colonization, war and poverty, it has steadily worked to overcome the challenges of its past to become a modern nation that increasingly serves as a global example of what is possible when it comes to the conservation of wildlife. Like in much of Africa, public/private partnerships have been essential to the country’s conservation success—and hunters have played a keystone role by providing the necessary funding, incentives, organization and infrastructure to deliver on widely accepted goals for Africa’s fauna. Now, in a truly historic move, an international partnership of hunter-based organizations, the Government of Mozambique and the local hunting industry is leading the effort to return lions to a 2.5-million-acre wildland where the big cats have not been seen in decades. If successful, the ambitious effort will not only be a testimony to Mozambique’s resilience and the value of sustainable use, but it also could serve as a model for restoring large carnivores elsewhere in Africa.

Located in Africa’s southeastern corner, Mozambique is a landscape of deep forests, remote beaches and vibrant cultures. A former Portuguese colony, the country suffered from violent, internal conflict that lasted the bulk of the latter half of the 20th century, first to win its independence and then in a decades-long civil war. The fighting left more than one million people dead, created more than six million refugees and destroyed much of the country’s infrastructure. Wildlife also suffered as it was slaughtered by both sides to feed hungry armies. According to Yale University’s Joshua Daskin, who has conducted extensive research on the impact of armed conflict on conservation, up to 90 percent of large mammals, including elephant, buffalo, zebra and wildebeest, were lost to the war in the area around the storied Gorongosa National Park. 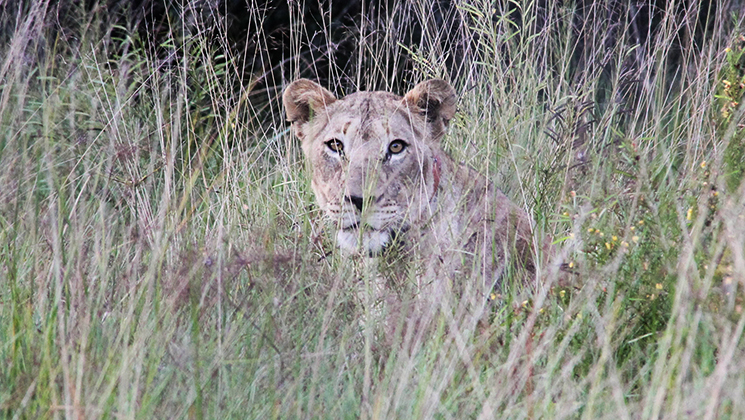 The degree of suffering across the landscape was such that when a peace deal was finally signed in 1992, Mozambique faced a zero-percent GDP growth rate, a population where 69 percent lived in poverty and an infant mortality rate in excess of 10 percent. Since then, Mozambique has been on the road to economic recovery, partly because of the nation’s investment in conservation and the capitalization of natural areas like Gorongosa that have driven a rapid development of its tourism sector, including its hunting industry. Currently, 26 percent of Mozambique is managed for conservation, a percentage far in excess of the 10-17 percent targets set by Mozambique and other parties to the Convention on Biological Diversity. This includes over 17.5 million acres of hunting areas, or “coutadas.”

According to recent reporting from The World Bank, the declared revenue from Mozambique’s conservation areas tripled between 2012 and 2013, with revenue from the coutada system increasing nearly 500 percent during the same period. These financial returns led to the establishment of The World Bank’s $40 million MozBio Program that is driving funds into the coutadas and other conservation areas. The program has noted, however, that revenues generated by Mozambique’s conservation areas remain insufficient to fully finance their management and that public/private partnerships remain critical to the success and solvency of the nation’s conservation efforts in the medium term. 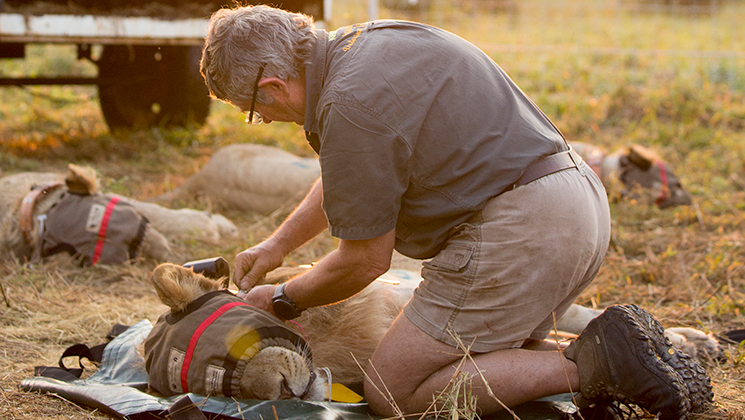 Hunter-Conservationists Make History with Transplant of 24 Lions to Mozambique
Recognizing this need, the Cabela Family Foundation, Ivan Carter Wildlife Conservation Alliance, Zambeze Delta Safaris (ZDS) and the Government of Mozambique have partnered on 24 Lions, an ambitious effort to recover a healthy lion population in the Zambezi River Delta.  “It’s a bold, big project,” said Dan Cabela of the Cabela Family Foundation. “Lions used to exist here and they should exist here now.”

The origins of this bold, big project can be traced back to 1994 when professional hunter Mark Haldane assumed management of Coutada 11 in the Marromeu Complex of conservation areas and started Zambezi Delta Safaris. After decades of civil war, the forests, marshes and grasslands of the Coutada, which typically should have been brimming with life, were largely devoid of game. Sable antelope numbered just 44 and the Cape buffalo herd stood at just 1,200. The area’s remoteness made it difficult to insulate the animals from the demand for bushmeat that remained in times of peace but spiked in times of war.

Over the near quarter of a century that followed, Haldane, working with local people and conservation professionals, built a safari business while nursing the area back to ecological health. Research results were used to develop a game-management program that regulated hunting in the area. A counter-poaching program that deeply integrated local villages and utilized world class training and technology was fielded to limit incidents of wildlife crime in the Coutada. 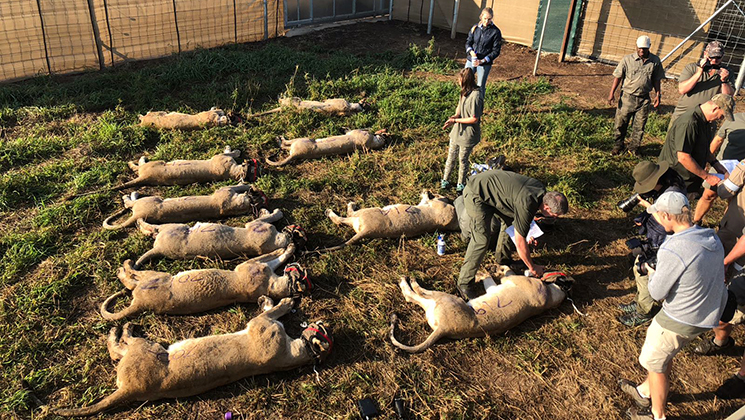 Collective Hunting Community Wins Big on the Front Lines of Conservation
The results have been nothing short of remarkable. One hundred and fifty local people are now employed by ZDS’ hunting and conservation operation, sable now number 3,000 animals and the Cape buffalo herd has grown to 21,000 in size. Elephants have begun to return to the area as have large numbers of reedbuck, hartebeest, warthog, Livingston’s suni, zebra and eland as well as hippos and crocodiles.

“Through the success of our anti-poaching program, right now we are at the point of capacity with regard to most game species,” says Haldane. “Bringing back the large predators is the next step…The first thing that breaks in a natural environment such as this is the circle of life. We have one link missing, and by bringing the lions back we’ll complete the circle.”

To achieve this, Haldane and the Cabela Family Foundation partnered with the Ivan Carter Wildlife Conservation Alliance and then looked to South Africa, where private conservancies and reserves have helped to make the nation home to the largest lion population on the continent.  They enlisted the help of wildlife veterinarian Mike Toft, who was given the difficult task of finding 24 lions with diverse genetics that could be reintroduced into the Marromeu. The number was specifically chosen because a minimum of 10 lions is required for a pride to be considered viable. Reintroducing two dozen lions into the Marromeu would allow for the establishment of two prides in the area, creating some degree of redundancy to help secure the long -term success of the effort. 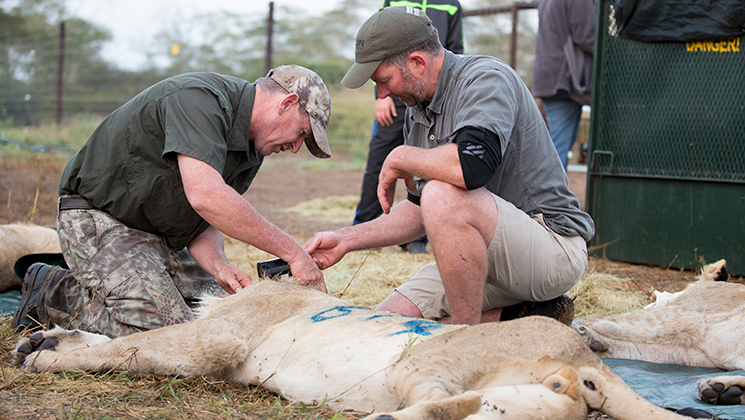 Individual lions were then sedated, loaded onto aircraft and flown from South Africa to specially built enclosures, or Bomas, in the Marromeu, making the project the largest-ever international translocation of lions in history. After adjusting to their new environment, the first lions were released into the wild on Aug. 5, 2018, and the vision of the Cabela Family, Mark Haldane, Ivan Carter and others of a free-ranging lion population in the Marromeu Ecosystem became a reality.

Though Mozambique is open to lion hunting, the lions released in the Marromeu will not be hunted. The long-term hope of the project’s backers is that over time, these lions will serve as the seed by which the area’s total lion population will increase to 500 and, in turn, the range of the African lion will securely increase by 2.5 million acres. 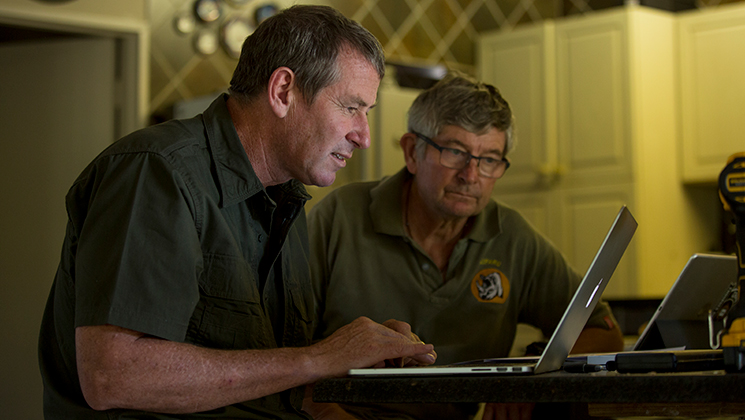 Hunter-Backed “24 Lions” Effort Provides Research Opportunities
To help achieve this, the reintroduced lions are the subject of a scientific study, with 15 of them wearing radio-tracking collars.

“With the arrival of these lions, it presents a really unique opportunity to study the effect of predation on the ecosystem,” said Dr. Byron Du Preez, who is leading the research effort along with Dr. Samuel Bila and Carlos Manuel Bento. “The exciting part now starts because we get to see these lions go from zero to recolonizing a significant area of their former range.”

The reintroduction of lions into the Marromeu Ecosystem comes at a critical time. A century ago an estimated 200,000 lions roamed Africa. Today research indicates less than 20,000 free-ranging lions roam Southern Africa. The Regional Lion Conservation Strategy for Eastern and Southern Africa, adopted by the IUCN and other conservation interests, reports an estimated 400 to 950 lions in Mozambique before the Marromeu reintroduction, with the bulk of those numbers concentrated in wildlands north of the reintroduction area. Despite the difference between historic and contemporary population estimates, however, there is widespread agreement by the U.S Fish and Wildlife Service (USFWS) and others that the regional lion population is not in danger of extinction and is in fact, increasing.

This has not, however, discouraged animal rights extremist groups from creating the public perception that the African lion is an endangered species or kept the USFWS from listing lions under the Endangered Species Act. As with other species, the ESA listing empowers the agency to regulate the importation of legally-acquired lion trophies and limit them based on arbitrary standards. This can be enough to dissuade American hunters from hunting lions in Africa, thereby removing the hunting revenue many of the continent’s emerging economies depend on to fund their conservation programs. Researchers from the University of Pretoria and the conservation NGO Panthera found that lion hunting generates between five to 17 percent of gross hunting revenues in some countries, with the greatest impact being felt in Mozambique, Tanzania and Zambia. The preclusion of lion hunting in these countries risks the economic viability of hunting operations and potentially puts 14,712,160 acres of wildlands, currently managed as hunting blocks, at risk of development. 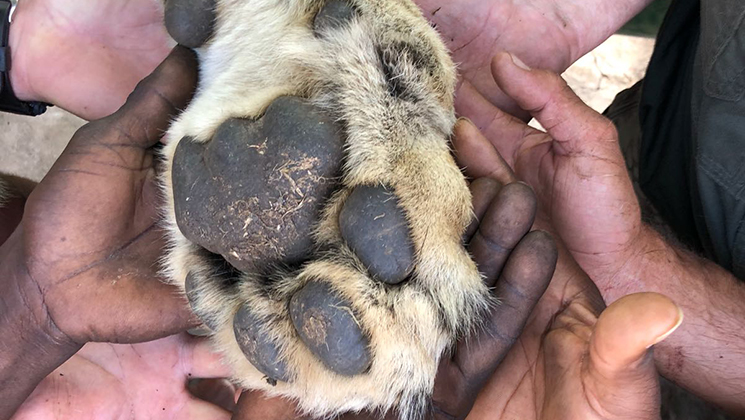 When Congress passed the Endangered Species Act in 1973 by unanimous vote, it intended the law to support efforts like those being undertaken by the partners in the 24 Lions Project—not to risk millions of acres of habitat through the imposition of regulations that undermine the holistic conservation programs of America’s international partners. With Congress and the Trump administration in the process of renegotiating the ESA, it would be wise to look at what has been accomplished in Mozambique and how partnerships between businesses, the government and dedicated conservationists like those that permeate the collective hunting community have leveraged the incentives and revenue produced by hunting programs to take a war-battered landscape like the Marromeu Ecosystem and restore it to a wildland paradise where lions once again are the king.

In the meantime, the partners in the 24 Lions Project are relishing seeing the return of lions to the Marromeu and the reigniting of the ancient dynamic between predator and prey. They are also looking ahead to building on what promises to be one of Africa’s great conservation success stories, with whispers around the campfire about the possibility of someday returning cheetah to the area as well. Whether that could ever come to pass depends, in part, on whether hunting remains a viable industry in Mozambique—something that remains very much in question so long as current U.S. policies remain in place.