“Hunt the Hunters.” It continues to happen.

Hunters have always been subject to isolated incidents of harassment by radical anti-hunting groups like the Animal Liberation Front (ALF). But two recent incidents have shown not only the lawlessness the animal-rightists will stoop to, but that hunter harassment has seemingly become an acceptable activity for ordinary citizens as well.

As reported by Fox News, in Wisconsin—a state where an average of 54 deer/motor vehicle crashes occur each day—the ALF praised the vandalizing of a number of Dunn County deer stands—one tagged with the words “Hunt the Hunters.” 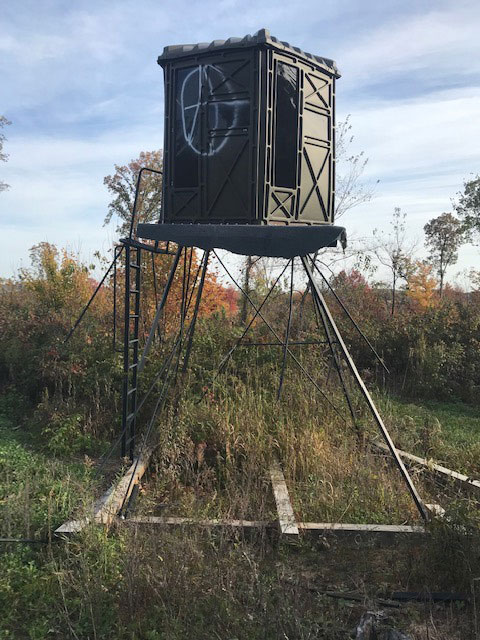 Wisconsin DRN is warning hunters to carefully inspect tree stands for damage prior to using them. (Image courtesy of Dunn County Sheriff's Office.)

“The North American Animal Liberation Press Office was very pleased to hear about the destruction of multiple hunting stands in Dunn County,” said the ALF in a statement. “It is an absurd idea that there is sport in lying in wait for an unsuspecting animal to stroll by and then blowing it away with a high-powered weapon. People who do this sort of thing are despicable and need to be stopped.” Clearly, the ALF has never sat in a treestand in Wisconsin in November.

But despite its emotional rhetoric, it is the ALF that is condoning a crime.

Aside from the legal principles of trespass, destruction of property, quiet use and enjoyment, etc., the Wisconsin legislature has enacted an NRA-backed law to protect hunters from this very kind of harassment, which the NRA has helped to pass in every state. As covered by the NRA Hunters’ Leadership Forum website, acts of hunter harassment had been increasing steadily in Wisconsin prior to The Right to Hunt Act becoming state law in 2016. “Unfortunately, hunter harassment is a very real thing,” explained Lacey Biles, director of State and Local Affairs for the NRA Institute for Legislative Action (ILA).“Securing our right to hunt is why NRA-ILA has been very supportive of adopting anti-hunter harassment laws in all 50 states.” 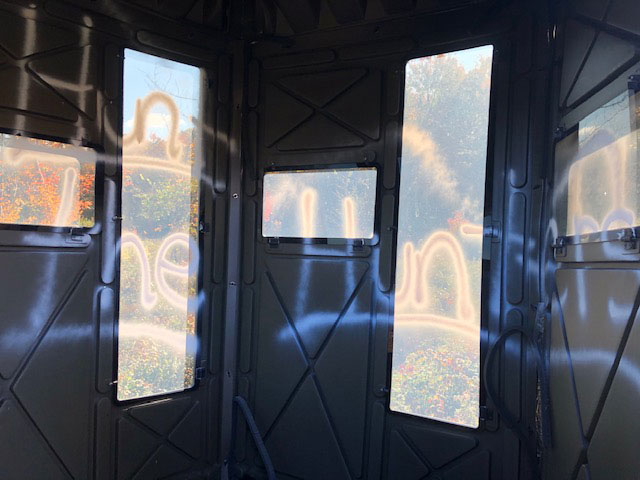 The NRA has backed right-to-hunt laws in all 50 states. Remain calm, document as much as you can and notify the authorities. (Image courtesy of Dunn County Sheriff's Office.)

The Wisconsin law bans people from repeatedly bothering hunters in the woods and documenting their activities. The statute also prohibits filming, recording or photographing hunters on multiple occasions and allows for both injunctive relief and compensatory and punitive damages to be assessed against anti-hunters. Unfortunately, enforcement is difficult as these crimes are committed in unpopulated areas with little evidence as to whom the culprit is. Lack of evidence was not the case in another recent hunter harassment case, this time on Long Island.

Preparing to scout a parcel of New York State Department of Environmental Conservation land, Dominick Lobifaro, a 30-year-old hunter from Brooklyn was accosted by a man in a yellow shirt. After inciting a group of children playing in the area, the man approached Lobifaro and asked “Hey, the kids wanna know—why you wanna kill deer?”

“Cuz I eat them,” said Lobifaro.

Man and Children Accost Hunter
The incident was caught on camera and is fairly self-explanatory. (WARNING: Language is not suitable for children, though it is from a child.)


Lobiforo’s response to the unprovoked attack was both measured and thoughtful—much more so than mine might have been. Lobiforo called an officer with the N.Y. State Department of Environmental Conservation Police who confirmed to the harassers that the hunter was legal and within his rights to hunt the public land—but it never should have come to that.

As I have noted in previous NRAHLF.org articles, incidents of hunter harassment are becoming more frequent and often, violent. The state of Wisconsin had gone so far as to warn hunters to check their deer stands for sabotage before they are put to use. And while the vandalism and persecution of hunters likely only will get worse, our friend from Brooklyn has demonstrated a safe and effective method of at least keeping the record straight by videoing the encounter. 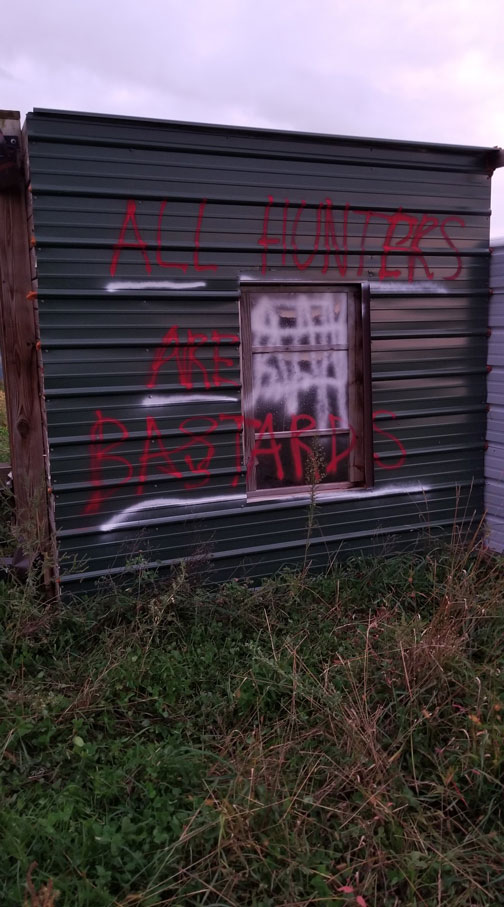 Hunters must lead, setting the standard for language and conduct because we will be the ones held to a higher standard. (Image courtesy of Dunn County Sheriff's Office.)

Like roaches running from the light, most hunter-harassers know what they are doing is against the law and are reticent to have their actions made known to the world and the authorities on social media. Those who continue to provoke hunters despite knowing they are being recorded usually come off as the uninformed bullies they are as the above video link shows. Either way, we win.

Hunter harassment is our new reality. Combating it with unbiased video evidence of the incident is possibly our best defense.

About the author: Steve Scott is a self-proclaimed reformed attorney, long-time university instructor, and producer and host of the Safari Hunter’s Journal and Outdoor Guide television series. For more information, visit SteveScott.TV.