Nearly two-thirds of Americans assign human traits, skills, motives, emotions and behaviors to wild animals, according to a recent nationwide study of people’s attitudes toward wildlife.

The study also found most Americans think it’s wrong to destroy wolves that kill livestock and black bears that attack people, but they think it is okay to destroy coyotes that kill their pets.

Those insights into the shifting thoughts and attitudes of modern Americans come from a comprehensive 2018 research project titled “America’s Wildlife Values.” The study — which surveyed residents proportionally across all 50 states—was conducted by Colorado State University, The Ohio State University and Responsive Management of Harrisonburg, Va., on behalf of the Western Association of Fish and Wildlife Agencies and the Midwest Association of Fish and Wildlife Agencies.

The study’s authors believe urban lifestyles, rapidly shrinking rural populations and other impacts of modernization are fostering more “anthropomorphic tendencies” in Americans’ views of wildlife. That is, more people than ever consider animals near-equals that can respond to human emotions and purposely try to outsmart people. 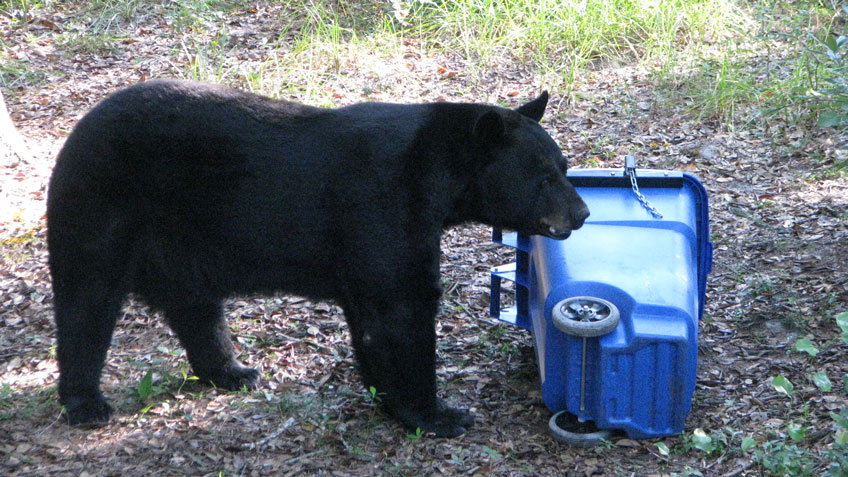 The study found 35 percent of the U.S. population views wild birds and animals that way while 28 percent of Americans hold a more traditional, utilitarian view of wildlife that’s typically shared by hunters, anglers, farmers and ranchers. The analysis of nearly 44,000 Americans classified them into four categories:

* Mutualists (35 percent) tend to think humans and wildlife can live side by side without fear. They think wild animals deserve much the same care and rights as people. States where at least 40 percent of residents think that way are Florida, Nevada, California, New York, Connecticut, Massachusetts and Rhode Island.

* Traditionalists (28 percent) think wildlife should be used and managed for human benefits. States where at least 40 percent of residents think that way are Alabama, Wyoming, North Dakota and South Dakota.

* Pluralists (21 percent) hold a combination of traditional and mutualistic values, and let context or situations determine if their view of wildlife is social or practical. States where at least 28 percent of residents think that way are Arkansas, Kentucky, Mississippi, Montana, West Virginia and Vermont.

* Distanced (15 percent) people have little interest in wildlife and seldom think about it. States in which at least 17 percent of residents are indifferent to wildlife are California, Illinois, Maryland, Massachusetts, New Jersey and New York.

As expected, hunters tend to be traditionalists or pluralists. Further, America’s widening philosophical divide triggers most conflicts over fish and wildlife. The researchers found that such disputes are seldom rooted in biology and ecological science. They also doubt the conflicts will ebb soon because Americans are increasingly losing day-to-day contact with wildlife. 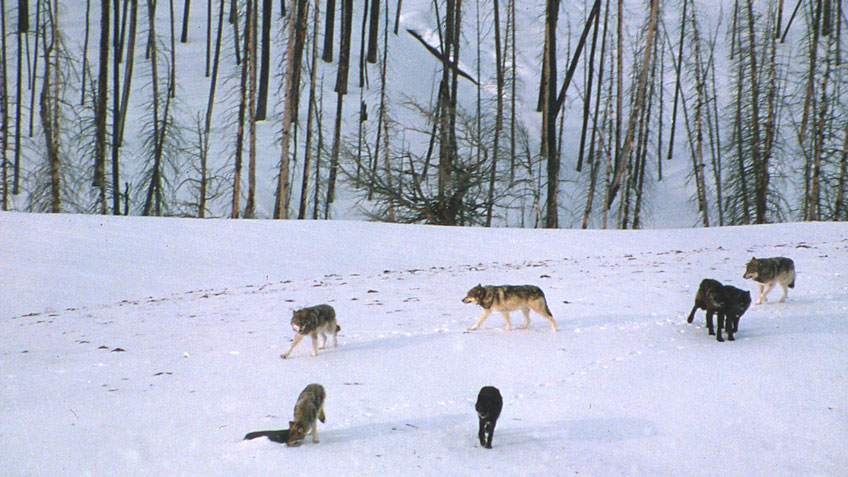 Douglas Smith of the National Park Service captured this image of a pack of gray wolves. (Image courtesy of the USFWS.)

To help define those changing and differing attitudes, researchers asked respondents how state agencies should handle three common conflicts with wildlife. Here are the specifics:

* Should black bears be lethally removed if they attack a person, no matter the circumstances? Only six states—Arkansas, Alabama, Mississippi, South Carolina, North Dakota and South Dakota—found support from 44 percent or more of their residents.

* Should wolves be lethally removed if they kill livestock? Only seven states—Idaho, Arkansas, Kentucky, Mississippi, Wyoming, Montana, North Dakota and South Dakota—found support from 44 percent or more of their residents.

* Should coyotes be lethally removed if they kill pets in residential areas? Over half of the 50 states (28) found support from 44 percent or more of their residents. 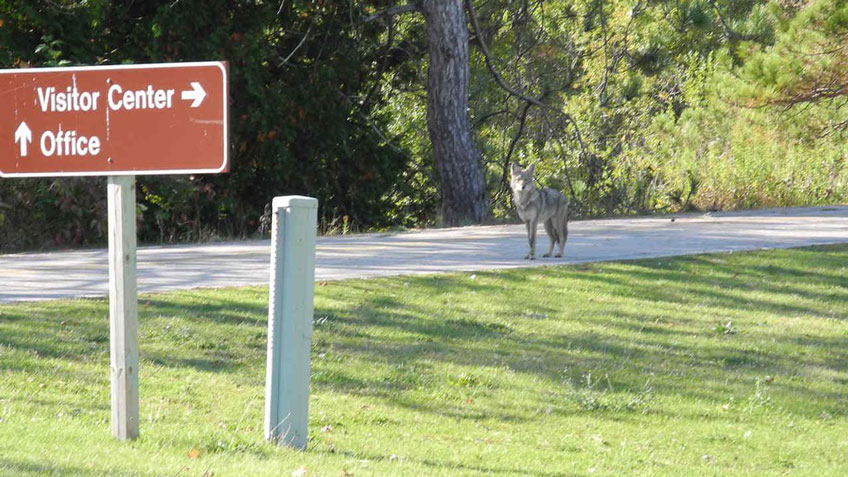 None of these challenges will be easy to address, however, in part because those pursuing careers in wildlife agencies usually don’t match the diversity of their state’s citizenry. Although 60.5 percent of America’s 2018 population was white, that group held nearly 91 percent of jobs in state fish and wildlife agencies.

All is not bleak, however. The study found a “reasonably high” past participation rate for hunting, 23 percent, as well as a desire to hunt sometime in the future, 16 percent. Those numbers might appear low, but both are higher than current nationwide participation rates for hunting, which average about 5 percent annually and 7 percent over seven-year periods.

To further assess active-hunter rates, researchers asked all those who have ever hunted whether they went hunting the previous year. The top five states for active participation rates were North Dakota, 27.8 percent; South Dakota, 19.7 percent, Mississippi, 19.5 percent; Wyoming, 18.7 percent; and Wisconsin, 17.2 percent.

Hunting’s participation rates also vary nationally because the hunting population “churns” annually, with roughly one hunter “on the shelf” each autumn for every two afield. Wildlife agencies could boost participation by finding ways to consistently reduce annual churn rates.

Recent Wisconsin research on deer-license sales, for example, found a 28 percent churn rate in 2014. That means roughly three of every 10 deer hunters who bought a license in 2013 didn’t buy one in 2014. That also means three of 10 who didn’t buy a deer license in 2014 bought one in 2015. The study found that if Wisconsin could cut its churn rate to 21 percent, it would generate enough revenue to equal a $5 license-price increase.

The futures of hunting and wildlife conservation and management likely hinge on how well agencies and lawmakers understand the public’s shifting attitudes toward birds, mammals and science-based decision-making. Unless a majority of Americans consider wildlife relevant to their lives, they probably won’t support much public funding for management programs, no matter the source. 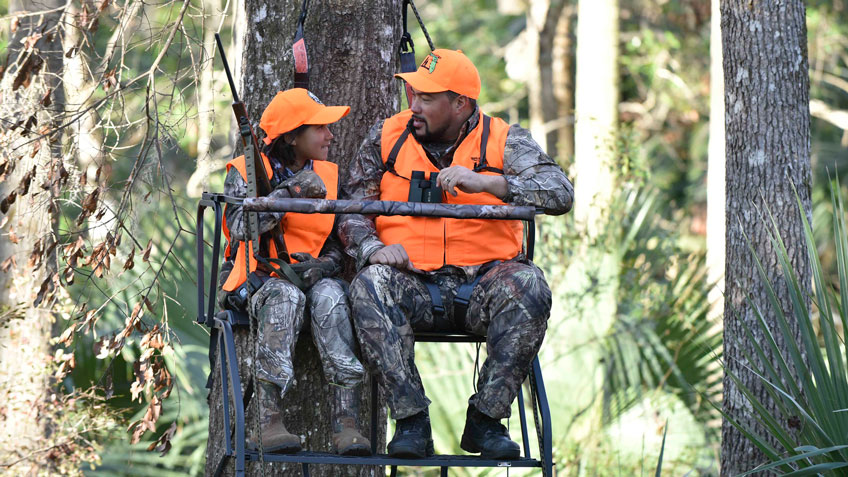 Attitudes toward wildlife recently revealed in a study can be used to shaping hunter R3 (recruitment, retention and reactivation) efforts going forward. (Image by Tim Donovan for FFWCC.)

About the Author: Patrick Durkin of Waupaca, Wisc., is an award-winning outdoor writer, newspaper columnist, and general outdoors reporter. He also provides editing services for books and magazines. He is a frequent contributor to American Hunter magazine, was named contributing editor of the Archery Trade Association in 2001 and writes frequently for national archery and hunting magazines. In addition, he has been MeatEater's wildlife research contributor since 2018 and an editor for Inside Archery magazine, an archery industry trade publication, since 2014.