Underscoring the Importance of Fair Chase

Almost everyone—hunters, non-hunters and anti-hunters alike—equate fair chase with sportsmanship. As hunters, it is imperative that we always put fair chase and sportsmanship first on any hunt. The problem is that the definitions of fair chase” and “sportsmanship” vary greatly between these three groups of people. If we hunters engage in any activity, either by mistake, perception or intention, that can be perceived as “unsportsmanlike,” you better believe it will be weaponized by the anti-hunter faction for its membership recruitment.

There is a calculated effort among anti-hunting organizations to stop all hunting. To do this, they must convince the politicians to pass laws that either stop hunting outright or legislate our sport to the point that the average hunter gives it up on his or her own. Hunters need to understand that the numbers of hunters, non-hunters and anti-hunters can be represented on a bell curve. Hunters are represented on this curve on the horizontal far right of the curve and anti-hunters are represented on the far left of this horizontal line. Based on NRA research on public attitudes toward animal rights, animal welfare and hunting funded by the NRA Hunters’ Leadership Forum, the majority of the American public supports hunting so the goal is to communicate with non-hunters to reach those in the middle who have no strong opinions. 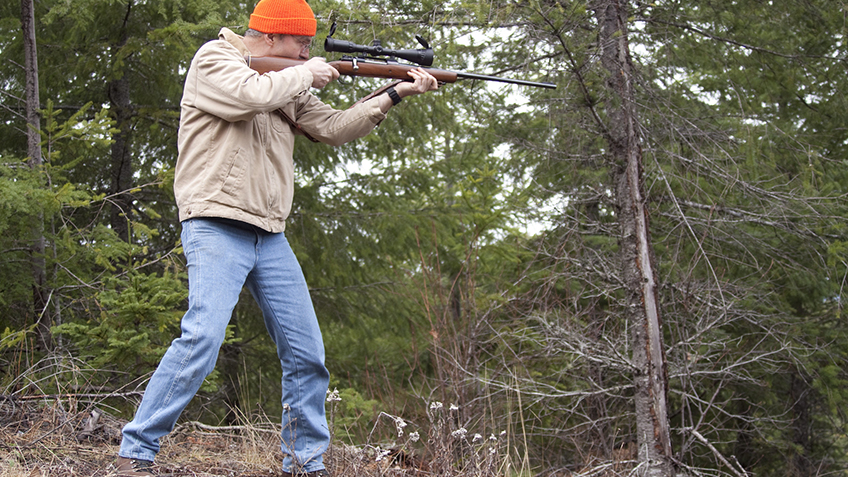 It's up to each hunter to be proficient enough with his or her rifle to be able to make ethical shot placements and from various shooting positions. (Image by the Bureau of Land Management.)

As the NRA has noted, the non-hunting population is what anti-hunting groups are trying to recruit. Non-hunters are just that: non-hunters. They do not hunt but do not care if others hunt if it is done responsibly. It is the anti-hunters who use misinformation and obfuscate the facts to recruit. They attempt to play on the sympathies of non-hunters to turn them into anti-hunters. As hunters, we cannot afford to give the antis any ammunition to use in their recruitment campaign.

One area the antis like to focus on is “fair chase.” In other words, would the given method and technique you use be perceived by most non-hunters as sporting, or giving game a fair chance? Likewise, would your actions be perceived as non-sportsman-like, giving the appearance that hunters are just interested in killing?

Hopefully, every hunter tries to present himself or herself as a true sportsman or woman. True hunters hit the field to match their outdoor skills with game species that have sustained thousands of years of survival evolution. Unfortunately, individuals’ busy schedules, advances in firearms and optics, and advances in technology can cause a situation that can, or at least be perceived as, unsporting, denying game a fair chase. We need to keep this in mind and take the time to properly hunt while employing advancements in equipment and technology that ensures fair chase. This needs to be done not only for the perceptions of non-hunters, but for our own personal growth in the sportsmanship arena. 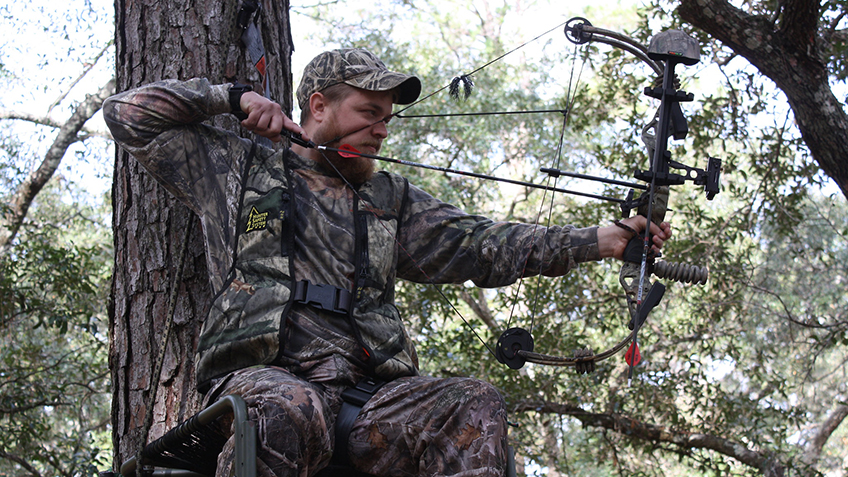 No matter how simple or advanced the technology you employ in the field, the vital portion for fair chase consideration is to be competent to place your shot for an ethical kill. (Image by Tony Young, Florida Fish and Wildlife.)

One area of hunting that is gaining in popularity and can be attributed to the advancements in firearms, optics, ammunition and technology is long-range shooting. Today’s hunters have many choices for ammunition designed for long-range shooting. They also can choose electronic optics that “talk” to smartphones, rangefinders and other optics that calculate hold-over, bullet drop or other relevant ballistics. The anti-hunting faction often points to these advancements to paint a picture of non-sportsman-like behavior.

After contacting a few major ammunition manufacturers to discuss their opinions on long-range shooting, sportsmanship and fair chase, their answers were prudent. Unless you are trained and skilled at long-range shooting at a game animal, such as at more than 400 yards, and have done your “due diligence” to be able to make a clean, humane, ethical shot, it is discouraged for fear of wounding an animal and perhaps not recovering it. Because hitting a paper or metal target and a large game animal are two different things, the NRA Hunter’s Code of Ethics dictates that one must do his or her best to acquire those marksmanship and hunting skills that ensure clean, sportsmanlike kills through proper shot placement.

Today’s hunter must do his or her homework before engaging in long-range shooting when hunting. According to the major ammunition manufacturer representatives with whom I spoke, hunters who take a long-range shot at a game animal must know the ballistics of the ammunition and the performance of the firearm and optics they are using. 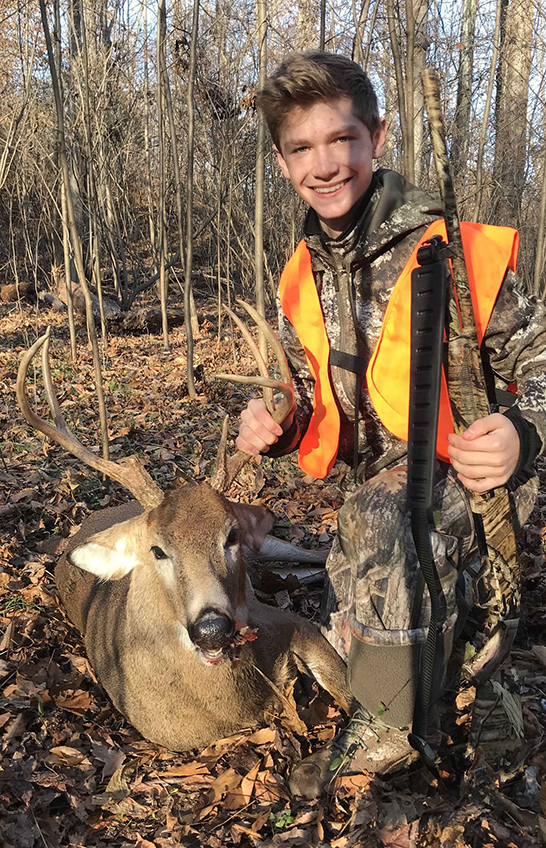 Congratulations! You put in a lot of time and effort to harvest an animal ethically. Don't forget to continue using firearms safety and respect for the animal in your photographs, as this young hunter Brayden Moran does nicely. Placing firearms across the animal pointing at the hunter or displaying disrespect to the animal will be used by anti-hunters against all hunters. (Image by the Maryland DNR.)

Another example of advanced technology available to hunters is wireless game cameras. Now hunters can sit in their living rooms and watch specific animals and their movements from anywhere. Hunters should resist the temptation to show their time-stamped pictures of game animals in the wild, stating they plan to take their quarry at a particular time of day. Be aware that this might cause some non-hunters to view you as unsportsmanlike.

Suppressors are another piece of equipment that is used by anti-hunters for recruitment. They often distort the facts regarding suppressors by saying hunters use them to stay “out of earshot” while they keep firing at an animal until it is collected. Recognize that the antis try to use such false arguments to attract more non-hunters to their side. However, as the NRA and this website have noted on multiple occasions, using suppressors when hunting provides several benefits. They decrease muzzle report and protect hunters’ hearing; increase shooting accuracy by reducing shot “flinch” and felt recoil; and reduce noise complaints from neighbors, which anti-hunters frequently use as an excuse to try and close hunting and shooting areas. If you use suppressors when hunting, be sure to share these facts.

Lastly, sometimes the hunters’ worst enemy is their own storytelling that may come across as bragging. You never know who might be listening, especially in public. I experienced this one evening when joining a group of hunters at a crowded restaurant. A couple I did not know had just returned from hunting in Africa and was recounting stories. The wife started telling the tale of shooting one of the various plains antelope species using a suppressor. She loudly explained it had taken her several shots to get it and that the herd just stood there. I saw the upsetting looks on the other diners’ faces, thinking that the anti-hunting faction just may have gotten bigger if her words were taken out of context. 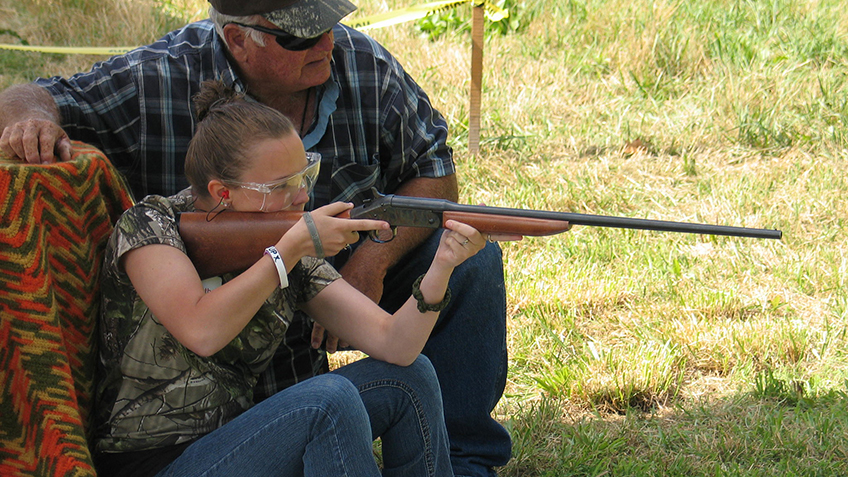 Remember, practicing with a stationary target and making an ethical shot placement in the field are two different things. However, range time is imperative as is shooting from various positions. (Image by the Maryland DNR.)

Following the NRA code ensures hunters act—and are perceived as acting—with integrity and respect for the landowner, the wild game being hunted, fellow hunters and the general public.