“When our Founding Fathers defined our right to Life, Liberty and the Pursuit—the Hunt—for Happiness, they reflected the spirit of the hunter in all of us. … Thanks to the generosity and support of NRA members who helped establish a permanent endowment, the work of the Hunters’ Leadership Forum will continue to benefit a long line of future American hunters.”
—Wayne LaPierre, NRA EVP and CEO

“The spirit of the hunter” was front and center on the eve of the NRA Annual Meetings and Exhibits in Indianapolis on Apr. 25 as hundreds of members of the President’s Founders Club of the NRA Hunters’ Leadership Forum (HLF) gathered at the Indiana Roof Ballroom for the 5th.annual NRA HLF Dinner to celebrate the ties that bind all hunters. What NRA member-hunter wouldn’t feel welcome as national NRA HLF co-chairs Ward “Trig” French and racing hall-of-famer Richard Childress energized the crowd, sharing what the NRA means to America’s hunting culture and how we must unite against animal rights extremists to protect our cherished way of life?

“It’s the strength of our convictions that brings us here,” French said. “We’re crusaders not just for wildlife but for our way of life.”

As I looked around the room at those in attendance, including leaders from numerous hunter-backed businesses and organizations, the fact that we hunters are a force multiplier into the future was clear.

“There is no golden age of hunting—there is only hunting—and we must survive,” French continued. “We need to educate our community on ethics and explain the ethos of hunting. The solution starts with all of us.” French noted how it was the failings of prior generations and electronic subterfuge that have led to America’s decline in hunter numbers in recent years—something the collective hunting community can fix by educating non-hunters, recruiting new hunters and hunting mentors, and sharing the facts behind science-based wildlife management and the direct benefits of hunters’ dollars to wildlife conservation. 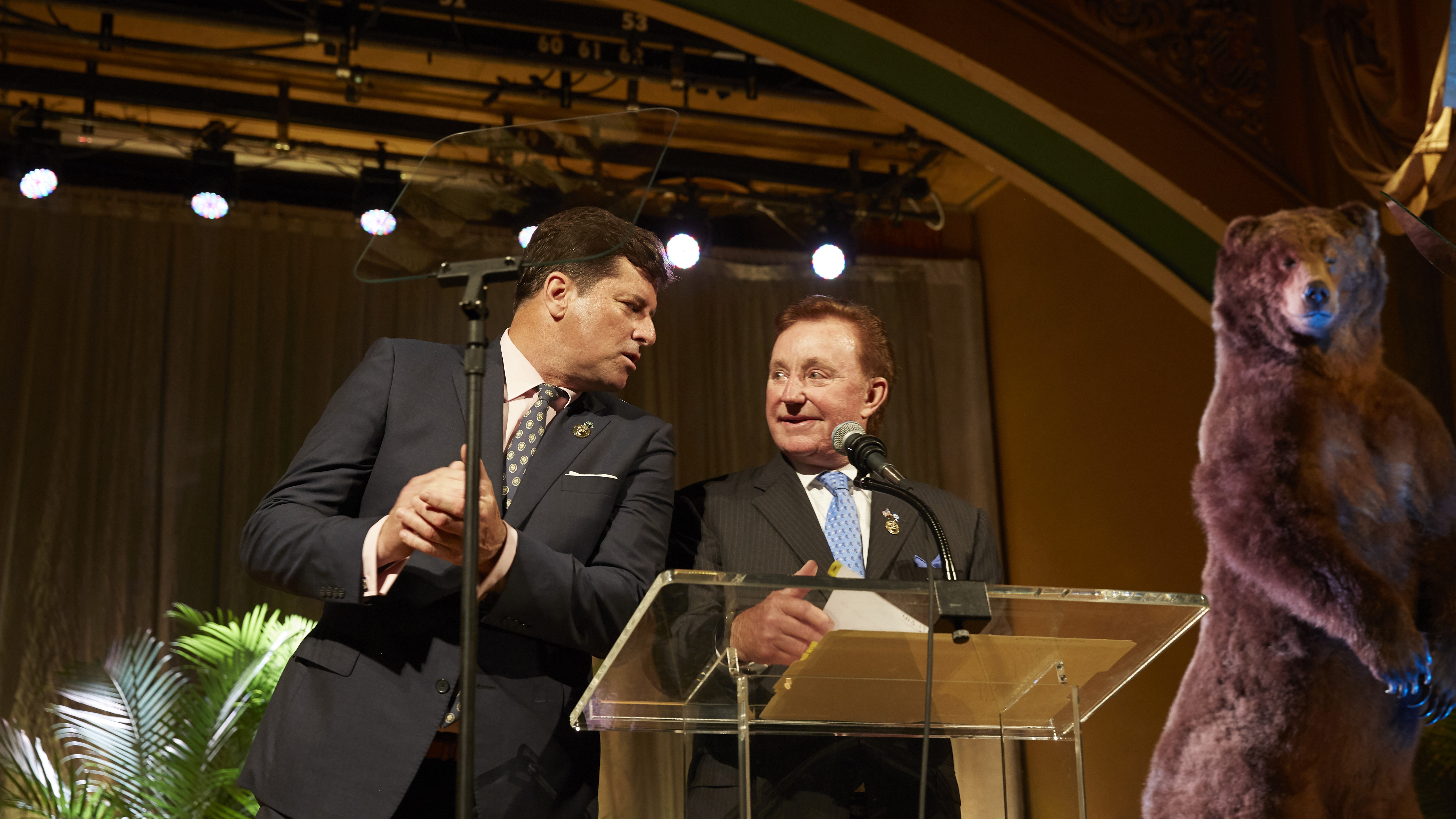 Childress reaffirmed that the NRA has stood with hunters in their lawful pursuit of wild game for 148 years. As the NRA HLF paves the way for a greater future for hunting and wildlife conservation and works hand-in-hand with the NRA, he said, “We need to tell our story—the story that hunting is good.”

Also addressing attendees was NRA HLF Programs Director and NRA-ILA Director of Hunting Policy Erica Rhoad, who talked of how anti-hunters try to erode hunting freedoms one step at a time, adding, “What they know about nature … comes from a post on social media.” Thanks to the NRA and NRA Institute for Legislative Action, she explained, there are now apprentice hunting laws in 43 states; North Carolina has become the 22nd state to pass a Right To Hunt and Fish Amendment; and Pennsylvania is the last state still prohibiting Sunday hunting, which NRA-ILA is working to address.

Rhoad had the honor of introducing keynote speaker, lifelong hunter and angler and newly-appointed Secretary of the The Interior David Bernhardt. After thanking the NRA for everything it has done to protect our collective freedoms, Bernhardt said, “I thank you.Without you, we would not have lands managed by the Department of The Interior.” 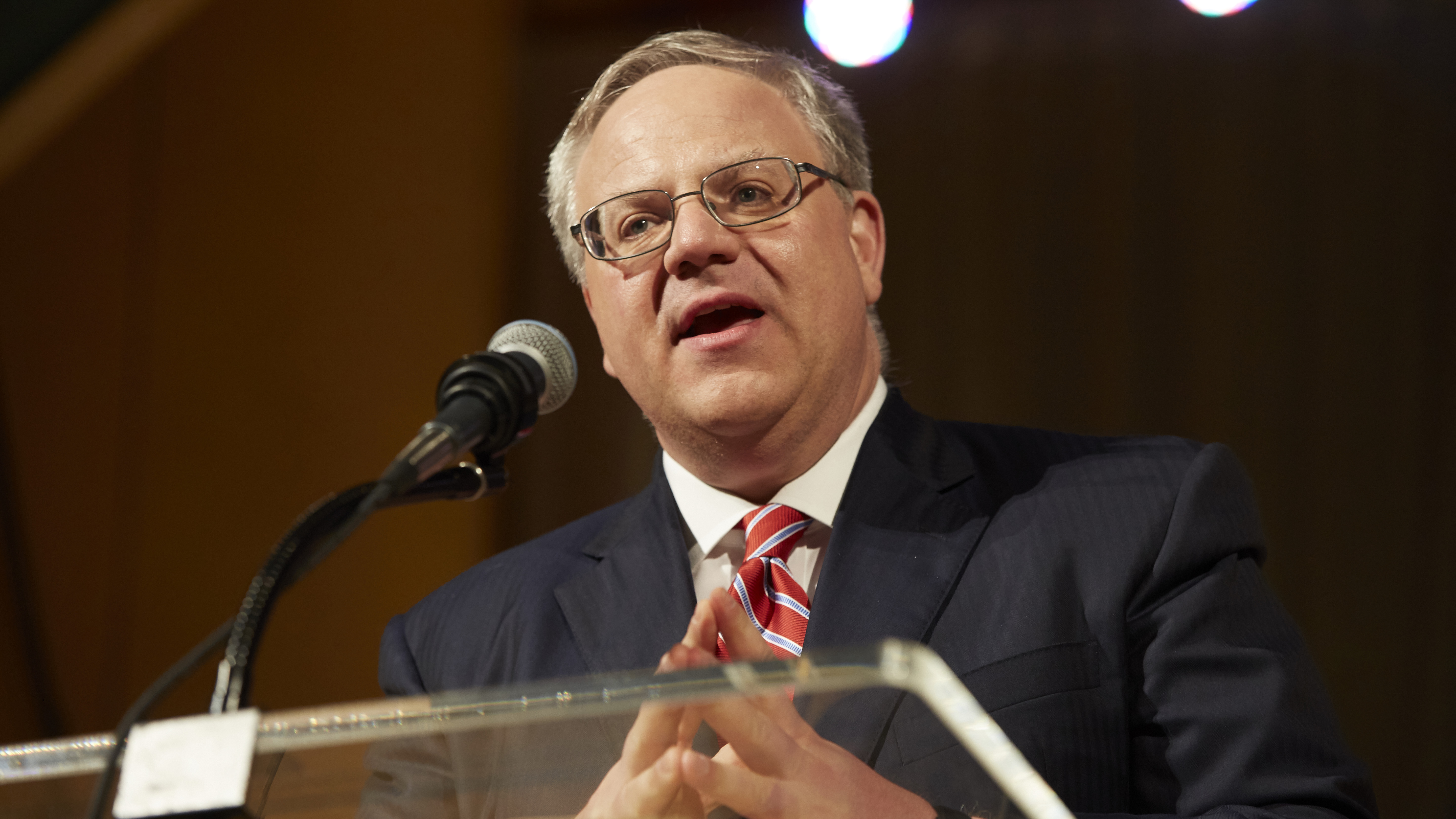 U.S. Department of The Interior Secretary David Bernhardt regaled the audience with tales of summers spent on his grandparents' ranch, doing more hunting than chores.

Connecting with the crowd at every turn, Bernhardt shared how he grew up in Rifle, Colo., “where hunting, fishing and shooting took up a lot more time than chores.” As for the one card he said he always carries in his wallet, it is his Colorado hunter safety card—a card with origins that trace back to the NRA as it was the NRA that in 1949 launched America’s first state-based hunter education course in conjunction with the state of New York.

Bernhardt, who runs an agency of more than 70,000 employees who are stewards for our national parks, monuments, wildlife refuges and other public lands, cited the list of accomplishments being made under the Trump administration, including: overturning the ban on lead ammo on federal lands; opening or expanding hunting and fishing on national wildlife refuges; ensuring the U.S Fish and Wildlife Service “removed more than 1,400 regulations to decrease the burden on the public”; and making sure access to hunting and recreational shooting on public lands was enshrined into federal law to provide yet more opportunities for sportsmen.

Special recognition was given to the NRA HLF’s 2019 NRA Distinguished Leadership Award winner, wildlife biologist and conservationist Dan Decker, Ph.D., director emeritus of the College of Agriculture and Life Sciences’ Department of Natural Resources at Cornell University. Decker, who could not be present, is considered instrumental to the wildlife sciences for identifying the relevance of human dimensions in wildlife management and policy making and for assisting state and federal agencies in incorporating these factors into their wildlife management programs. Decker’s research is documented in more than 130 publications, including the first "Human Dimensions" textbook, seminal papers and books. Decker’s lifelong work has been crucial in documenting how society as a whole has an impact on the environment.

Circling back to the words of Wayne LaPierre, as we American hunters strive for “Life, Liberty and the Pursuit,” we share a mission to pass down our core values and hunting lifestyle to future generations. More than ever, the NRA fights for hunters and hunting and encourages every hunter to tap into the unparalleled opportunities the NRA provides. In the meantime, hope is not a strategy, so we have a collective call to action: to dig deep to mentor new hunters and to support the fight. Together this is how we save hunting’s future.

Sponsored by Global Rescue, Gordy and Sons Outfitters and Worldwide Trophy Adventures, the evening underscored why we hunt and how we hunters care deeply about wildlife.