The Future of African Wildlife Hangs in the Balance

This week, representatives of 180 nations are gathered in Geneva, Switzerland, for the 18th Conference of Parties (CoP) to the Convention on International Trade in Endangered Species (CITES.) Adopted in 1963, CITES globally governs the import and export of wildlife and wildlife products, including hunting trophies. The treaty is also the origin of implementing laws like the U.S. Endangered Species Act (ESA).

The United States is primarily represented at the CoP by the U.S. Fish and Wildlife Service (USFWS) with staff from other federal departments and agencies in attendance as well. Key to the discussions is whether species are listed under Appendix I or Appendix II of the convention. Appendix I listings impose the most stringent export and import permitting requirements for hunting trophies and other specimens, while Appendix II listings are more liberal.

The votes taken at the upcoming CITES CoP will have a dramatic influence on the sustainable use of African species including elephants, black rhino, white rhino, lion and giraffe. Multiple proposals are on the table that will either liberalize or further regulate African trophy hunting programs. The outcomes at the CITES CoP also stand to possibly influence the ESA listing and enforcement decisions of the USFWS, making this week a critical time for the American and African hunting communities.

Here are the key proposals under consideration. 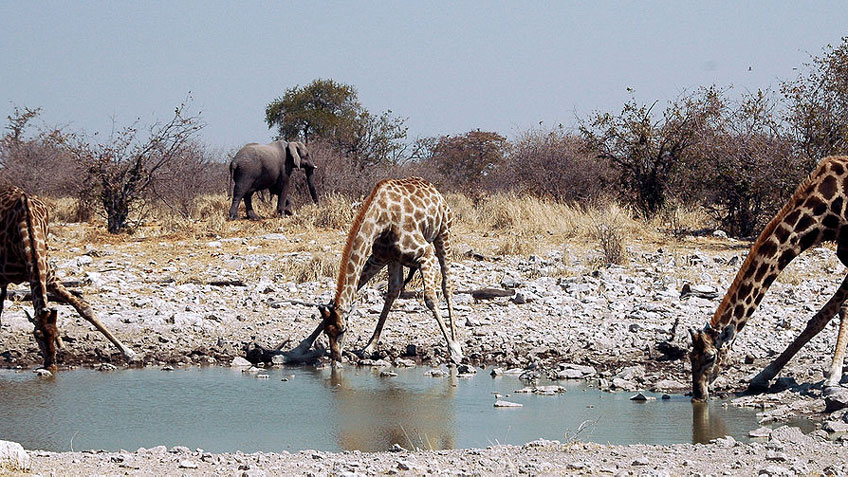 Giraffe
A multi-national coalition including Kenya, Central African Republic, Chad, Niger and Senegal have proposed that CITES include giraffe under Appendix II. If adopted, this proposal would require hunters to obtain an export permit for giraffe hunting trophies. The proposal comes at a time when the USFWS is considering a petition from the Center for Biological Diversity, along with the Humane Society of the United States, to list giraffe as endangered under the ESA, a move that would add additional import permitting requirements under U.S. law and possibly discourage conservation of the species.

Giraffe are common in southern African nations where they are hunted and landowners are given an incentive to conserve the species through the presence of property rights in wildlife. According to the International Union for Conservation of Nature (IUCN), the nations of Namibia, South Africa and Zimbabwe, where 98 percent of the giraffe trophy imports into the United States originate, are home to more than 50,000 giraffes. Out of this population an average of 33 giraffe trophies were imported into the United States between 2006 and 2015, representing less than 0.4 percent of Africa’s total giraffe population at the time.

The success in southern Africa is contrasted in central and east Africa where significant declines in giraffe numbers have been seen due to habitat loss, war and bushmeat poaching. The IUCN status report for the species identifies neither trade nor legal hunting as primary threats to giraffes. With CITES set up only to regulate wildlife trade it is unclear how, if at all, adding the species to Appendix II will encourage and support giraffe conservation.

Despite this, the United States has announced support for the proposal to add giraffe to Appendix II, a position that may hint at how it will decide the merits of the petition to list the species under the ESA. 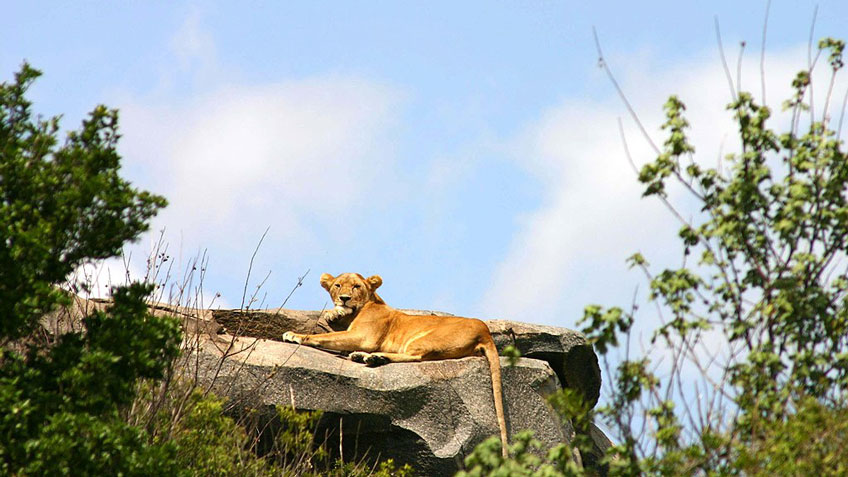 Lion
Nigeria and Togo have proposed a resolution recommending additional limitations and obstacles to the trade in African lions, currently listed under Appendix II. The resolution states that the legal trade in lions, which includes hunting trophies, risks serving as a cover for lion poaching and other illegal trade, though there is no evidence that this is the case. It also calls for “the establishment of strict and precautionary quotas for lion trophy exports.”

The net impact of the resolution will be to treat African lions as if they were listed under Appendix I, a move that would increase regulatory obstacles to lion conservation through sustainable use, and something that was rejected by Parties at the last CoP. At the outset of the CoP the United States indicated it was undecided on the resolution pending consultation with African partner nations. 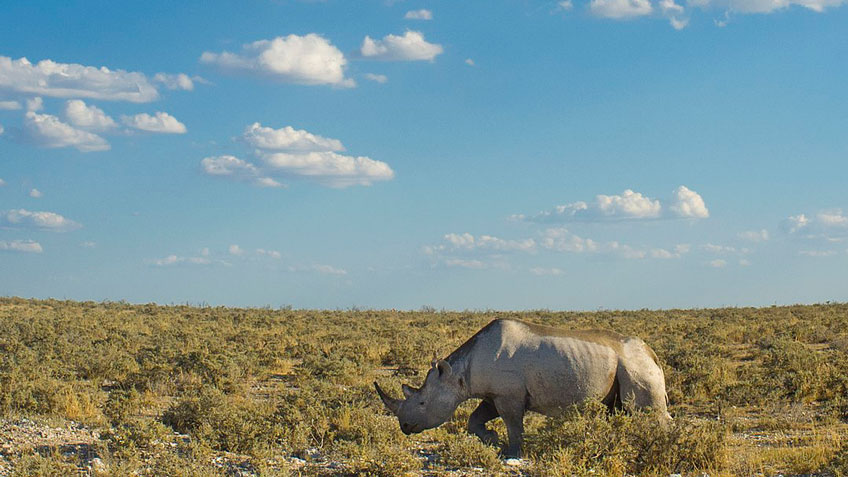 (Image by Colin and Sarah Northway.)

Black Rhino
South Africa has proposed to increase its export quota of black rhino from its current limit of 5 adult males to a total number not exceeding 0.5 percent of the country’s total population of the species.

South Africa is currently challenged in managing its black rhino population of approximately 5,000 animals by habitat access and the high costs associated with translocation and anti-poaching efforts. South Africa’s proposal would help address this challenge by setting what's referred to as an adaptive offtake quota, the first in the history of CITES. It allows for increasing the number of rhinos that can be sold as hunting trophies, which stands to increase the incentives private landowners and communities have to provide habitat for black rhinos and allow them on their land. 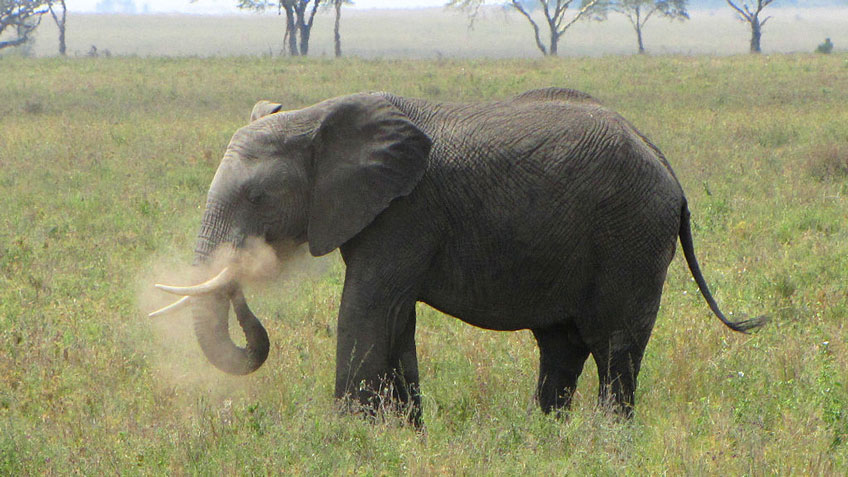 The conservation of African elephant populations has been a prominent and contentious discussion within CITES in the decade since widespread elephant poaching dramatically spiked in parts of the continent, especially in east and west Africa. While the poaching of African elephants now appears to be waning, the backdrop of the past decade, coupled with ongoing fears of poaching’s possible resurgence, has set the stage for ongoing policy conflict between African nations that has played out most visibly at CITES CoP.

In the weeks preceding this year’s CoP, President Mokgweetsi Masisi of Botswana attempted to work with President Uhuru Kenyatta of Kenya and other African leaders to resolve the intra-continental conflict so their nations might arrive in Geneva as a unified bloc. Unfortunately, this attempt at diplomacy was unsuccessful and African voices are once again divided on the global stage on the issue of elephants, with three competing proposals up for debate.

A coalition of current and former elephant range states including Kenya, Gabon, Nigeria, Sudan, Niger, Liberia and Cote d’Ivorie have proposed that CITES designate all African elephants under Appendix I of the convention. This would have the impact of increasing the permitting required to export elephant hunting trophies from African nations to a hunter’s home country. This increased permitting requirement risks discouraging hunters from participating in elephant hunts due to the historic experience of regulators, like the USFWS, increasing the bureaucracy around the import of trophies from elephant populations listed as Appendix II and the related uncertainty that their import permits will be approved.

For its part, the United States has said it opposes the proposal to list all African elephants under Appendix I. While the United States is an influential player in CITES negotiations, it still has only one vote and it is unclear if it will be able to find common cause with enough other countries to defeat the measure given both the size of the coalition behind it and the number of votes wielded by the European bloc where there is growing pressure to enact obstacles to the global hunting trade.

At the same time, Zambia, which is home to a large elephant population of approximately 20,000 animals, has asked that its elephants, which the convention currently lists as Appendix I, be transferred to Appendix II in order to reduce the barriers to exporting hunting trophies and to achieve other goals. While the proposal has merit, it is opposed by the United States, home to 70 percent of the global trophy hunting trade, and is unlikely to attract the votes necessary to pass.

Finally, a coalition of southern African nations including Botswana, Namibia, South Africa and Zimbabwe have asked the Convention to allow them to pursue a regulated, pre-approved commercial sale of elephant ivory stockpiles in order to help fund conservation and development programs. While the proposal has intellectual and economic merit, it is unlikely to be adopted by the CoP given intense political opposition stemming from the widespread belief that sales of ivory authorized in 2008 directly led to a spike in elephant poaching. Moreover, with the import and sale of ivory being outlawed in major markets like China and the United States, it is unclear where these countries would sell their stockpiles even if they were successful in advancing their proposal. 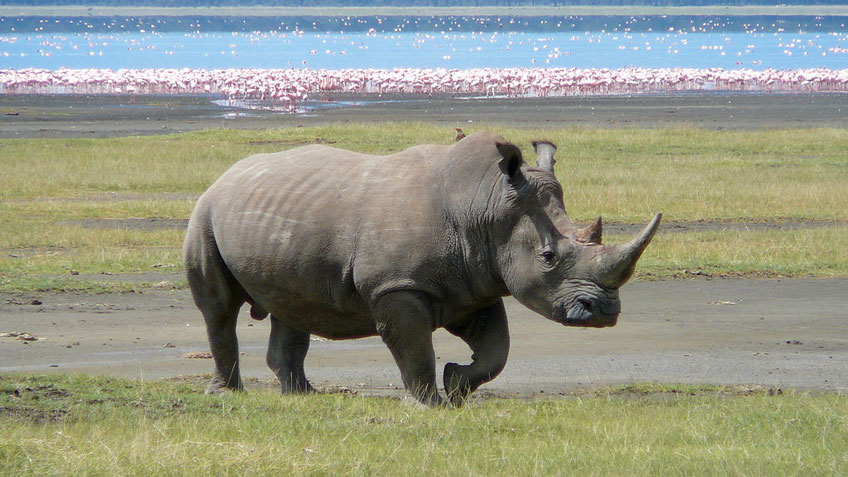 Southern White Rhino
Eswatini has proposed a full listing of its Southern white rhino population under Appendix II of the convention. Doing so would allow the country to sell its stockpile of rhino horn to help fund its wildlife conservation programs, including anti-poaching programs.

The United States has voiced opposition to the proposal, claiming that allowing the Eswatini to sell its rhino horn stockpile risks increasing the prevalence of rhino poaching and expressing what amounts to a lack of confidence in the nation to implement the program effectively.

Namibia also has proposed transferring its population of Southern white rhino from Appendix I to Appendix II to allow it to grow its hunting industry as well as to sell live animals. The proposal comes after decades of community- and landowner-based conservation in Namibia succeeded in increasing the country’s Southern white rhino population 64 percent to 1,037 animals, making it the second-largest population in the world. Currently, the country allows the hunting of an average 5.7 rhinos per year, with some room to grow that offtake and increase the funding available for wildlife conservation.

The United States has expressed opposition to Namibia’s request due to what it perceives as a lack of clarity on how funds from live sales and hunting will be used to support conservation, as well as concern that live sales may facilitate the commercial trade in rhino horn. 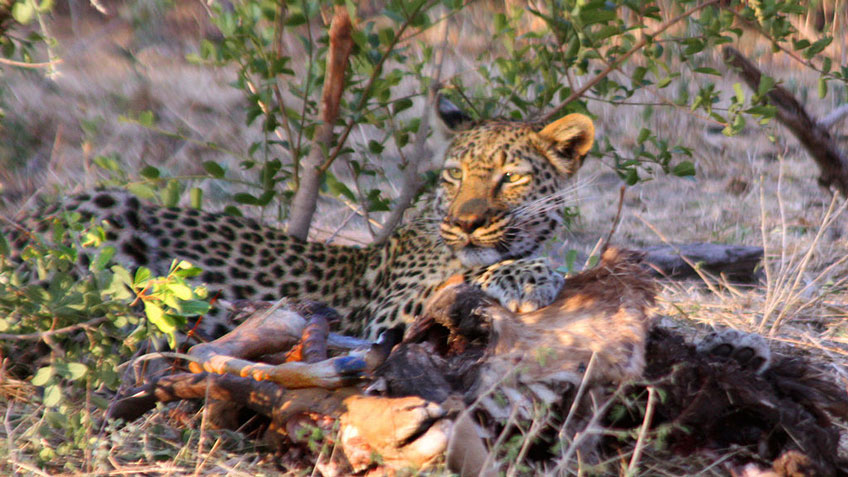 Leopard
At the last CoP in 2016, which was covered by this website, parties with quotas for leopard hunting trophies were requested to review those quotas to ensure they were at levels that did not risk the survival of the species. The majority of relevant countries have turned in the requested assessments and the CITES Convention is now considering instituting a quota review process that, unless properly designed, risks burdening leopard range states and their holistic conservation programs that include leopard hunting as a conservation tool.

The CITES CoP is a center of power when it comes to African hunting and wildlife conservation. Whether or not the Parties will defer to the knowledge, desires and needs of the people who live with and care for the continent’s wildlife remains to be seen. We will update readers at the conclusion of the conference on what has been decided and what those decisions might mean for the future.