In September 2017, NRAHLF.org reported on the National Park Service’s (NPS) common-sense plan to use volunteers (hunters) and other means to help decrease the size of the growing bison herd along the North Rim of Grand Canyon National Park.

At the time the NPS estimated there were 400 to 600 bison in the park and said studies showed the herd needed to be reduced to about 200 animals to reduce environmental impacts such as to “water, vegetation, soils, archaeological sites and values such as visitor experience and wilderness character.” But in the past two years, the herd has only grown in size.

According to an Associated Press article picked up by the Washington Post on Sept. 2, no one is sure how large the bison herd is today because the animals are difficult to count amid the Ponderosa pines, but it remains in the hundreds. Left unchecked, Grand Canyon National Park (GCNP) officials say the herd could reach 1,500 in the next several years, a number that would severely damage the region’s landscape and water resources. 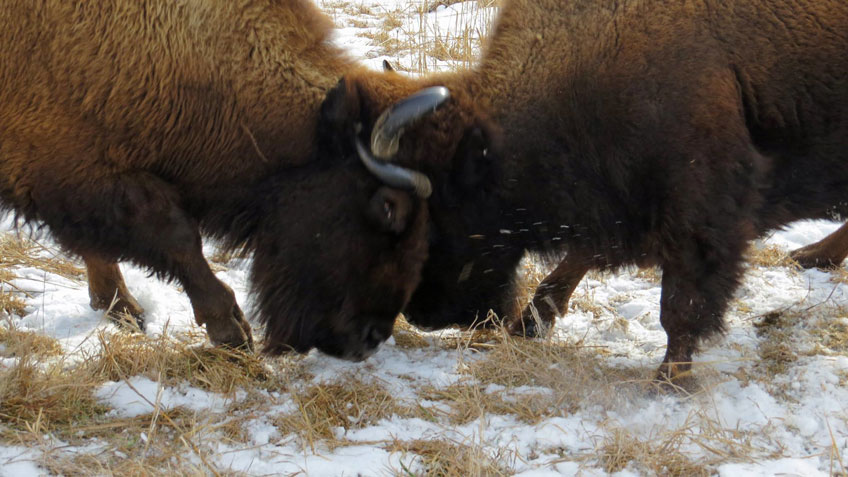 Most of the time, it's bison bulls that fight. This cow was possessive of salt blocks and was willing to challenge anyone attempting to take her spot. (Image by Doreen Van Ryswyk, USFWS Midwest Region.)

The article notes that in addition to pushing a plan to use hunter volunteers, the GCNP tried to round up some bison on the North Rim last year and move them to other areas, but wintry weather set in and the herd moved farther north on a plateau. The park is making a second attempt to corral and capture the bison on the North Rim this month, using pellets to lure them into corrals holding up to 100 animals.

“We’re getting a little late start,” said Jan Balsom, a senior GCNP advisor, explaining that the park will sort any captured animals and give them to Native American tribes that request them through the Intertribal Buffalo Council. The agreement with the NPS says none of the animals can be slaughtered within the first year. The goal is the same as in 2017: to reduce the bison herd to 200 animals within five years.

The GCNP bison are descendants of those introduced to northern Arizona in the early 1900s as ranchers tried to crossbreed them with cattle. Arizona has an annual draw for tags on the GCNP’s neighboring Kaibab National Forest. While 25 hunters drew tags in a state hunt earlier this year, only two bison were taken. The Arizona Game and Fish Commission recently amended the spring hunt dates for 2020 and 2021 to give hunters more time to hunt. 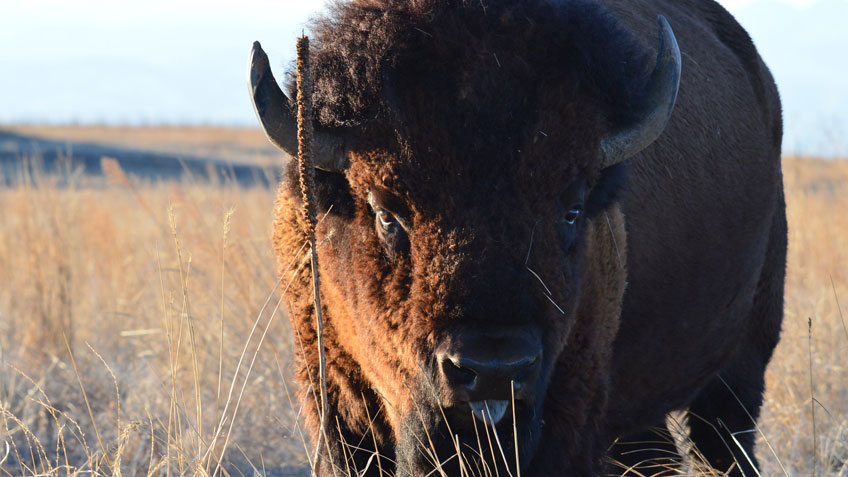 Clarification Regarding Hunting on National Parks
As NRAHLF.org reported in 2017, in 2015, 63 out of 407 NPS properties allowed hunting to manage game populations, accounting for more than 30 percent of NPS’ total acreage. Nearly two-thirds of these lands are in Alaska, but NPS properties allow hunting in Maryland, South Dakota and in many other states.

Background on the NPS’ Use of Hunter Volunteers
In giving credit where it is due, it was the NRA and Safari Club International (SCI) that were responsible for showing NPS officials the benefits of using hunters to reduce wildlife populations to scientifically-determined management levels. For years the NRA and SCI pressed the NPS to allow hunters to assist with culling ungulate overpopulations on national park lands only to have the agency dig in its heels in favor of using contract sharpshooters and federal personnel, partly to avoid battling the antis over allowing “hunting” within park boundaries. The NPS also claimed that using volunteer cullers would be illegal as well as costly to manage.

As NRAHLF.org reported in 2016, continued pressure from the NRA and SCI to use valuable citizen volunteers in culling operations led the NPS to conduct a study on the two national parks where citizen volunteers were used to assist in reducing elk populations: Rocky Mountain National Park in Colorado and Theodore Roosevelt National Park in North Dakota. Imagine the two groups’ pleasant surprise in March 2016 when the study report found that the use of hunter volunteers in culling operations on NPS units is legal, cost-effective and a great idea. From a cost standpoint alone, doesn’t it make more sense to have hunters harvest game in accordance with wildlife management goals set by biologists than to hire sharpshooters? 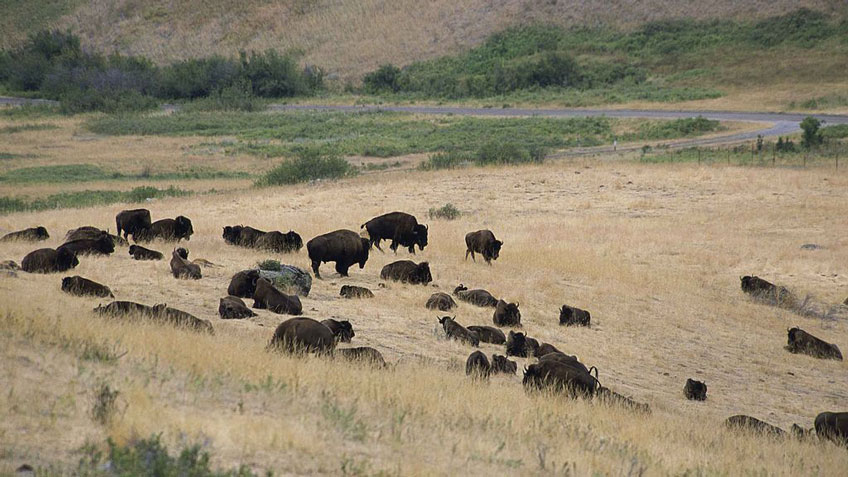 As NRA’s Susan Recce, director of the NRA Institute for Legislative Action’s Conservation, Wildlife and Natural Resources Division, said in 2017, “I have been championing the use of hunters to control the population of game species in national parks for nearly 20 years and have submitted comments on numerous management plans addressing elk and whitetail deer overpopulations in national parks.”

It was Recce who submitted comments on NPS' initial phase of development regarding its plan for bison management in the GCNP. Of course, her comments focused on the 2016 NPS report and recommend that NPS use citizen volunteers. As with the elk culling operations, any citizen volunteers would not need to buy a hunting license or other permit as the program would not be a traditional hunting operation.