Why NSSF Created the Partner with a Payer Initiative

About the Above Image: Using Pittman-Robertson funds, wildlife biologists enter black bear dens, tranquilize the sows, check their health and radio-collar them, as well as inspect the health of the cubs. These trips enable manufacturers participating in the NSSF Partner with a Payer program to learn more about where their excise money goes and about black bears. (Photo courtesy of Blaine Anthony.)

The National Shooting Sports Foundation (NSSF) wants to partner and work together with manufacturers to teach them more about the use of their excise taxes paid through the Pittman-Robertson (P-R) Act and has initiated a program called Partner with a Payer. As explained by NSSF Director of Research and Marketing Development Jim Curcuruto, “The NSSF wants to increase collaboration between state and wildlife agencies and manufacturers of firearms and ammo that have paid $12 billion in excise taxes since the inception of the P-R Act in 1937. These monies have been redistributed to state wildlife agencies for use in wildlife management, habitat restoration and research.”

If not for P-R monies, many wildlife agencies couldn’t accomplish what they do since P-R monies often make up one-half of their yearly budgets. As for how Partner with a Payer allows manufacturers to see P-R dollars at work firsthand, Curcuruto explained the NSSF is specifically working with the Association of Fish and Wildlife Agencies (AFWA) and the U.S. Fish and Wildlife Service (USFWS) and their wildlife and sportfish restoration programs to take members of these two agencies into the field with manufacturers. This allows manufacturers to learn and understand how the excise tax dollars generated by their companies’ products are being used and the education these agencies are providing for newcomers to hunting and the shooting sports. 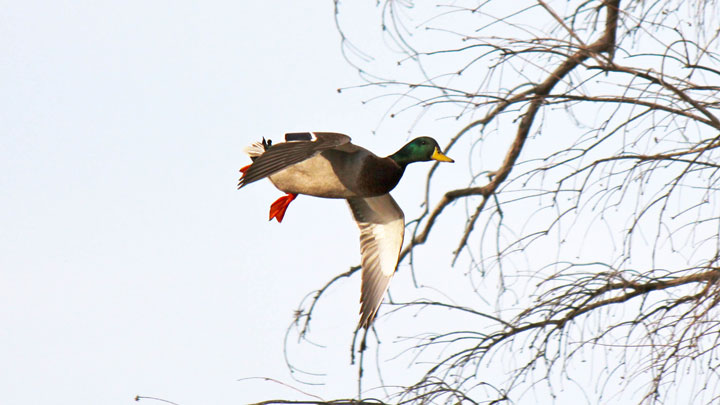 Were it not for the Pittman-Robertson Act, biologists wouldn’t be able to capture, band and monitor waterfowl movements efficiently. The data collected helps them set appropriate seasons and bag limits and to protect and enhance the number of waterfowl hunters can expect to see coming down the flyways during duck season. (Image by John E. Phillips.)

“Ruger, Colt, Thompson/Center, Sig Sauer, Smith and Wesson, Mossberg, Kimber and Remington employees have gone afield with professionals from fish and wildlife divisions in Massachusetts, Connecticut, Vermont, Alabama and Maryland and learned how these agencies are utilizing excise tax monies,” said Curcuruto. “These trips have partnered manufacturers to work alongside these agencies.”

Commenting on the NSSF program and sportsmen’s role in wildlife conservation, Peter Churchbourne, a director with the NRA’s Hunter’s Leadership Forum, explained, “The Pittman-Robertson (P-R) Act is an incredible program that benefits every American—not just hunters. The conservation and education programs that P-R funds make our country a better place for everyone, including the animals and the birds that the programs are meant to help. All hunters need to share the message of P-R as it educates and affirms that hunting has a positive effect on our world.”

Since the first Partner with a Payer field day in 2016, 15-plus events have taken place. Manufacturers also have opened their facilities to state and federal wildlife agencies in turn. But the NSSF feels the story of how the P-R funds are being used hasn’t been told well, and that’s the purpose of the videos NSSF has produced.

As Churchbourne reports, “The NSSF has produced videos that do a great job of telling the P-R story in easy, digestible segments.” Three of the videos include:

The Connecticut Department of Natural Resources (DNR) uses excise taxes to help pay staff and to buy equipment for conserving black bears such as tranquilizer guns to tranquilize black bear sows to check on their health and that of their cubs and GPS collars to attach to the sows. This information gathered shows if the black bear population is increasing or decreasing and identifies where the bears are ranging, helping to determine the parameters of black bear season, and what number of them can be taken to keep the population healthy. The Connecticut DNR has connected with Thomson/Center Arms and Colt Manufacturing to show these companies how their excise tax money is being used in black bear studies.

This video produced by the Connecticut DNR explains how one of the most costly programs P-R supports is waterfowl banding. The video tells how P-R enables biologists to set seasons and bag limits for waterfowling and aids the department in learning more about the population numbers and migration of waterfowl.

The Partner with a Payer website provides further information on field tours and facility tours.

The USFWS and the NSSF have developed a plan to take the Partner with a Payer program to a national level with a task force created that includes USFWS staff from eight U.S. regions to assist with the logistics of field days and factory tours. Excise tax-paying manufacturers and state wildlife agencies interested in participating in a Partner with a Payer field day or a factory tour can contact Jim Curcuruto at [email protected] or call 203-610-9909.