MLB and NFL Standouts Stand Up for Hunting at SCI Show

Put two of Major League Baseball’s (MLB) great pitchers—David “Boomer” Wells and Brad Penny— alongside legendary National Football League (NFL) placekicker Adam Vinatieri and an incredibly entertaining yet reflective conversation on hunting ensues. About 10 seconds into our round-robin interview, I stopped trying to type and turned on my recorder. As a writer, I know you’re supposed to keep a straight face and remain neutral to capture the essence of a story. Honestly, spending time with these three was some of the most fun I’ve had as a writer. Sometimes you have to loosen up and enjoy the moment. I grew up watching all three professional athletes on ESPN’s Sports Center as a kid, and talking to them about hunting was just plain cool.

Penny played for six MLB teams during his 16-year career on the mound and made the All-Star teams in 2006 and 2007. He got his start in hunting, like many hunters are lucky enough to do, through his family.

Likewise, Vinatieri grew up in South Dakota got his start in hunting on family land with his brothers and cousins. “I grew up in South Dakota, so we had plenty of family land to hunt on... Every year on the opening day of pheasant season, the family sends me pictures of the birds and dogs, while I’m playing football.” He paused and started to laugh. “And I send them a picture of my game check.”

For those who don’t know, Vinatieri at 47 is the oldest active player in the NFL. He spent nine seasons with the New England Patriots, making it to four Super Bowls, and 14 years with the Indianapolis Colts, making it to his fifth Super Bowl. He holds the NFL career record for most points scored, most postseason points scored, most field goals made and most overtime field goals made. 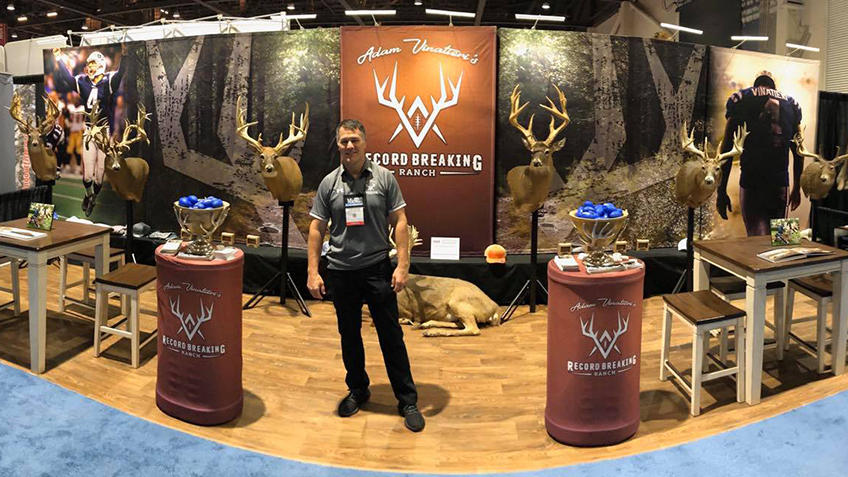 Adam Vinatieri's fittingly-named Record Breaking Ranch in north central Missouri offers a five-star whitetail deer hunting experience for hunters of all levels. Be sure to stop by Booth 3066 at the SCI Convention, running through Feb. 9 in Reno, Nev., to meet the all-time great placekicker or to book a hunt.

Perhaps the funniest story of the day came from Wells. During his first stint with the New York Yankees, Wells threw the 15th perfect game in MLB history. He also earned a World Series ring with the Toronto Blue Jays and another one during his second stint with the Yankees. Wells got his hunting start late in his 20s thanks to the legendary Kirk Gibson while they were teammates on the Detroit Tigers. Wells recalls Gibson reading a Cabela’s catalog at his locker. Ultimately, Gibson invited Wells on his first hunt in the early ’90s.

Gibson decided to play a prank on his teammate and he had a buck mount set up in the treeline within range of the blind Wells was sitting in on his second day of hunting. Wells fell for the prank and shot Gibson’s mount... multiple times. “That’s Gibby for ya,” Wells said with a huge smile. The rest of us had tears in our eyes from laughter.

Unlike Vinatieri and Penny who grew up hunting, Wells didn’t start hunting until he was an adult. He said that because he wished he had been raised as a hunter, he ensured that his children were started at a young age. 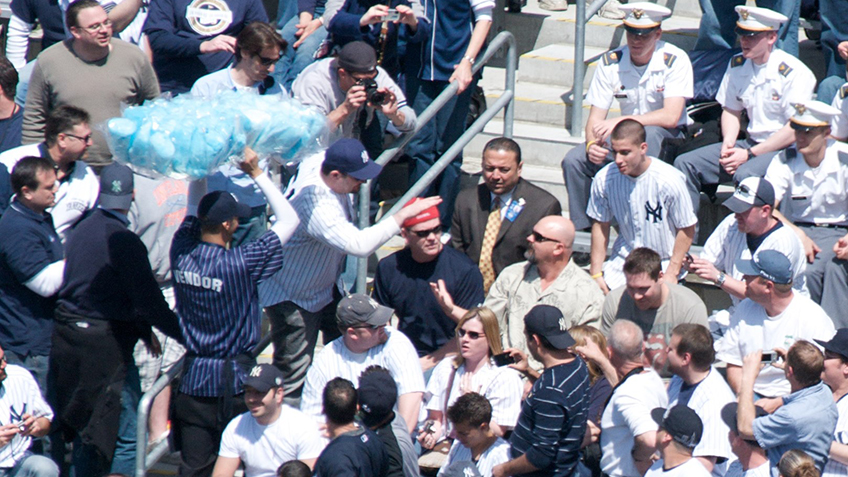 Boomer Wells no longer pitched for the N.Y. Yankees in 2009, but he's down-to-earth enough to have sat in the bleacher section at Yankee Stadium, to the delight of an appreciative fan. Wells, along with former teammates Kirk Gibson and Jake Peavy run Buck Falls Ranch in Millersburg, Mich., catering to whitetail hunters. (Image by Chris Ptacek.)

Hunting has served as a great escape from the spotlight for these professional athletes who also mastered the craft of hunting. They do not shy away when confronted with anti-hunting sentiment. All three men told me they understand they cannot please everyone, and that’s okay.

“I never caught any hate from teammates, but sometimes fans would say something,” Vinatieri said. “You can’t make everyone happy. …People ask how I can kill something and hang it on the wall, but what they don’t understand is each one of those is an experience with a loved one. It’s about spending time with people that I love more so than the kill of an animal, but the mounts are reminders of the experiences.”

Wells then told us how after he mentioned in an interview that he had gone deer hunting in the offseason, he was flooded with hate mail. Take a guess at what other Michigan hunter he recruited to help respond? He plays guitar. If you’re an NRA member, you know it was Ted Nugent. 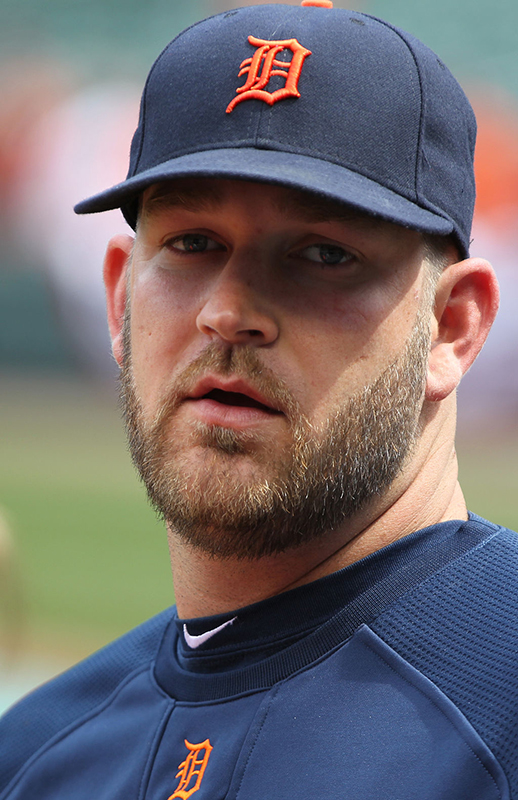 A lifelong hunter, Brad Penny is naturally most comfortable by himself afield, but throughout his professional baseball career and in life, he works hard to make others feel comfortable and to push himself to be his best.

Penny added that even if you are young at hunting, you should do what you want to do and love. “It was funny, though, playing for [St. Louis Cardinal’s Manager Tony] La Russa. He doesn’t like hunting, but you’d see him at a steakhouse,” Penny said.

Since we’d drifted to the topic of food, I asked the men their preferences since they all have hunted across the world and have tasted all kinds of game meat. Penny said his hands-down favorite is still whitetail, while Vinatieri feeds his family lots of elk and deer. However, Vinatieri mentioned that the best wild game he’d ever had was a deer called a hog deer in Africa. “It wasn’t an impressive deer from a trophy perspective, but it was about better than anything I’d had. It’s rare for me to find something I won’t like,” he said. Wells said some of his favorites were the ostrich, warthog and eland meals he enjoyed on his African adventures.

“If people want to buy their meat from the store, that’s their choice. I choose to feed my family what we hunt,” Vinatieri said.

Wells added, “I haven’t had to buy beef from the store in 25 years.”

Brad Penny, Adam Vinatieri and David Wells Share Their Favorite Game Meat
Here these MLB and NFL greats discuss which types of game meat they prefer. The answers may surprise you.

As we wrapped up our time, I asked what they felt was the value of being an SCI member and what they could offer in encouragement of other hunters.

“I know how [SCI is] fighting for our rights,” Vinatieri said. “Hunting is a natural part of our beings, and hunting animals is the reason we have animals and places to go. As hunters, we look at the big picture. It’s about conservation and the health and well-being of our herds and the habitat. We have their best interest at heart even though we take a few each year.”

Penny followed up by saying, “I love my deer. It’s amazing how concerned you can become when you are investing in the health and wellness of wildlife.”

Wells noted the importance of supporting hunter-backed wildlife conservation groups like the NRA and SCI. "If we don’t, we might lose our ability to hunt.”