The lack of predator control in Colorado makes the news again.

It seems like at least once a year I have a reason to bring up the lack of predator management in my home state. Not only are the mule deer numbers down in much of Colorado but the number of human encounters with mountain lions seems to increase every year. The big cats are back in the news this week after a civilian and a Colorado deputy were attacked by a mountain lion in a Larimer County RV park Wednesday—in broad daylight.

A Fox News report said the cat nearly got its jaws into the deputy’s neck before other law enforcement officers closed in and kicked the cat off her. Witness Gregory Scot Paul got a video of the attack from inside a trailer and told the Loveland Reporter-Herald, “If she (the deputy) hadn’t put her arm up, it would probably...have gotten to her neck.”

The unnamed deputy and civilian sustained non-life-threatening injuries. The mountain lion was killed by a Colorado Parks and Wildlife (CPW) officer. 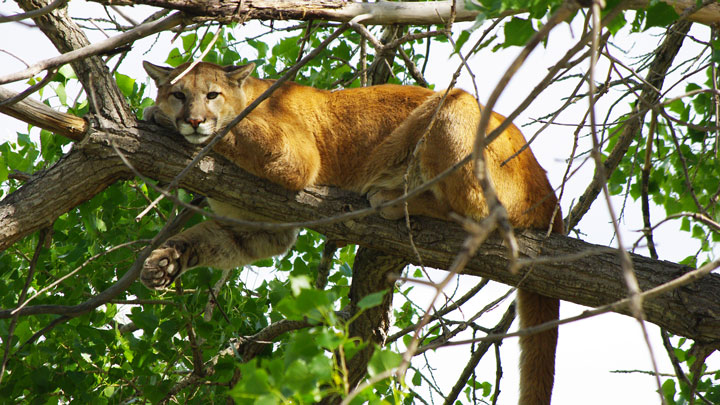 A mountain lion lounges in a cottonwood tree during the heat of the day on Rooney Road, south of Golden, Colo. At an estimated population of 7,000 not only are cat-human interactions on the rise, but it's surprising there haven't been more attacks on humans by the large cat. (Image by Justin Shoemaker.)

CPW says much of the state is mountain lion country, though residents likely have figured that out judging by increasing encounters and news reports. About a year ago, I wrote about mountain lions making the news in a different Colorado county as there were reports of an entire pride roaming the streets with as many as 10 cats in the group.

As CPW expressed concern for the safety and welfare of area residents, it urged them to “be extremely cautious because lions are large, powerful predators and can be very dangerous if they've lost their natural fear of people.” With the number of lions that the CPW admits to having in the state up to 7,000, I am amazed that there are not even more human-cat encounters.

At least Colorado is finally doing something to bring black bear numbers down after it let our spring bear season be taken away in 1992 by a public vote at the ballot box. They are encouraging non-resident hunters to get tags at a reduced rate. I don’t know how many deer have to be sacrificed or how many humans have to be attacked before they take the mountain lion problem seriously.

Unfortunately, addressing the mountain lion problem is probably too much to hope for as now Colorado is trying to bring wolves into the predator mix. If that happens, the wolves will compete directly with the mountain lions for prey so you will probably see many more lions chasing your dog in the backyard. 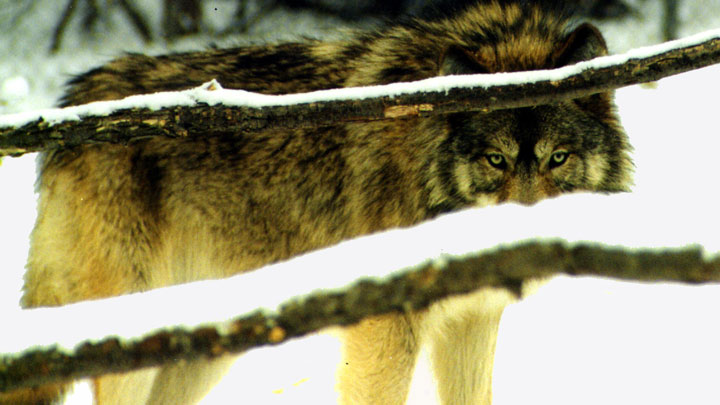 For an update on the wolf issue in Colorado, animal rights extremists just secured enough signatures in Colorado to “reintroduce” the wolf in the state west of the Continental Divide. The NRA Institute for Legislative Action (NRA-ILA) has joined Colorado’s Stop the Wolf Coalition and will be letting NRA members and others know why they must vote against it in November. In the meantime, to learn more about the harmful consequences of the forced introduction of wolves into Colorado, visit the Colorado Stop the Wolf Coalition website at stopthewolf.org.