Noted rhino poaching investigator Lt. Col. Leroy Brewer paid the ultimate price for exposing poaching syndicates and corrupt law enforcement officials in Africa on Tuesday when gunmen ambushed, shot and killed him in South Africa. According to NB News and the BBC, South African police chief Gen. Khehla Sitole has ordered a team of investigators “not to rest until Col. Brewer's killers are brought to book.”

Calling the murder senseless and a huge loss, in an official statement Gen. Sitole said Lt. Col. Brewer “always excelled in cracking complex cases, particularly related to rhino poaching.” South Africa has experienced a marked decrease in rhino poaching incidents in recent years due to increased investigations and efforts to guard the animals. As a testament to Col. Brewer’s efforts, in 2019, 594 rhinos were poached compared to 769 in 2018 and 1,028 in 2017. 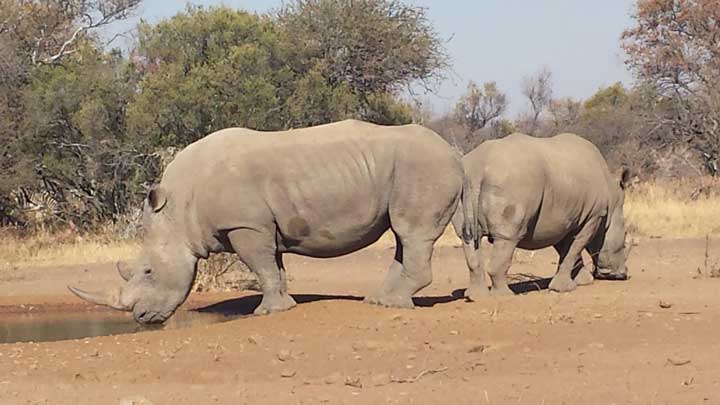 The author and her husband were bow hunting near a watering hole in South Africa when they saw these rhinos. The assassination of Lt. Col. Leroy Brewer illustrates how deadly serious rhino poaching syndicates are and how all hunters must do what we can to support Brewer's family and bring the murderers to justice. (Image by Phil Phillps.)

News reports document how Col. Brewer played a key role in the 2018 arrest of two suspected rhino poaching kingpins—including a former policeman—and was later assaulted by protesters who demanded their release on bail. He fearlessly investigated other policemen suspected of being linked to poaching syndicates.

As far back as 2016, Col. Brewer was recognized for his demonstrated track record of success in bringing poachers to justice when he was named the best detective in the Hawks, an elite police unit that investigates organized crime. According to the BBC, that same year a local newspaper reported that “he arrested two policemen but could not take their fingerprints and charge them because other officers refused to cooperate.” Instead, the corrupt officers locked up Col. Brewer and a co-investigator—in the same cell as the arrested officers. In the courtroom, Col. Brewer said, “I banged on the walls for ages until someone came to help us.”

Lt. Col. Brewer’s colleagues described him as someone who loved nature and was a skilled, expert investigator devoted to his job. 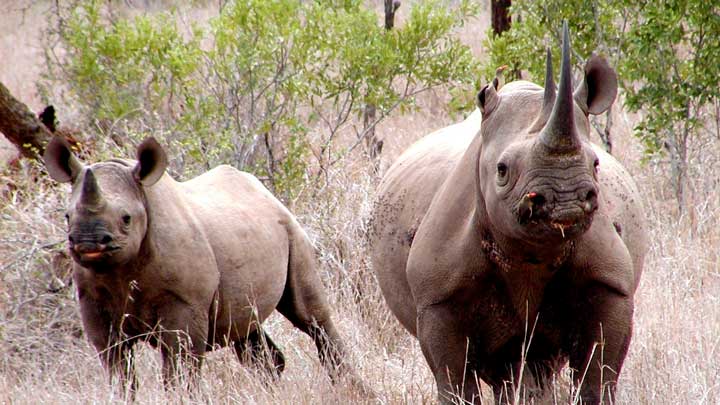 The assassination of Lt. Col. Leroy Brewer knocks a blow to the anti-poaching efforts in South Africa for rhinos. (Image by Karl Stromayer, U.S. Fish and Wildlife Service.)

Background on the Illegal Trade in Rhino Horn
According to the group Save the Rhino, which supports rhino conservation programs across Africa and Asia, most of the rhino poaching occurs in KNP, which borders Zimbabwe to the west and Mozambique to the east. Rhino horns remain in demand in Asia, primarily in China, Vietnam, South Korea, Malaysia and even India where it is used in traditional medicines. While China imposed a ban on trading in rhino horn in 1993, the country remains the largest and most influential of these markets.

The word “rhinoceros” comes from the Greek words for “nose” and “horn.” According to sciencing.com, the horn is comprised primarily of a protein called keratin, the same substance found in human hair and nails. Sadly, Asian markets sidestep such scientific facts. Maybe they could try grinding human fingernails instead to cure a few ailments.