As has been the buzz the past week within the hunting community, a New Jersey man harvested the new Pope and Young World Record for an archery black bear during the 2019 New Jersey bear hunt.

Yes, the same bear hunt that is the subject of ongoing controversy stemming from a hostile governor, Phil Murphy (D-NJ) and his promises to supporters to close the bear season and an ongoing lawsuit by hunting groups to reopen state land to bear hunters.

The new world record bear is the result of years of rampant population growth driven by the fact that bears are smart, adaptable creatures that thrive in urban and suburban environments as well as they do in the woods.

Bear Facts Of New Jersey
New Jersey, as has been reported on this site before, enjoys one of the densest populations of black bears in all of North America—but the conditions that produced this record bear do not stop there. 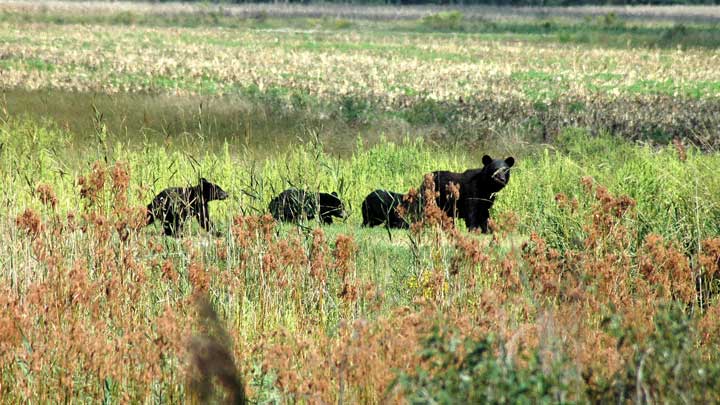 Black bears in New Jersey have a higher birth rate than black bears in any other state. They often have three or four cubs every two years as opposed to just one or two. (Image by Garry Tucker, USFWS.)

The math is squarely on the side of New Jersey producing massive bears like this for the foreseeable future, especially with a governor hell-bent on ending the season and taking 40 percent of huntable land away from hunters in an arbitrary and capricious move that could result in bear densities getting even thicker in North Jersey.

Black bears in the Garden State have no predators and incredible survivability rates. In fact, 80 percent of New Jersey bears survive to adulthood. That is in addition to them breeding at twice the rate of other states (regularly producing three to four cubs every two years, rather than just one or two ). That, coupled with the fact that more than twice as many bears are born every year as are killed in the hunt on a good year, and NJ is in for some long-term problems with their burgeoning and exploding bear population.

Consider facts such that there are already more bear encounters on the New Jersey section of the Appalachian Trail than on any other section of the 2,192-mile trail, and you can see why we must continue to manage this species not just for the economic issues they can cause or the damage they can wreak, but for the safety of all.