Any rifle or shotgun hunters planning to travel to Canada to hunt this fall must be aware that Canada’s Prime Minister Justin Trudeau and Bill Blair, its Minister of Public Safety, recently banned 1,500 types of firearms. As we hunters have witnessed in the past, this is once again a case of government officials essentially blaming law-abiding citizens for the actions of a murderer, this time in Nova Scotia, Canada.

A closer look at the details of the ban uncovers that it is worse than feared. When Trudeau announced the move on May 1, he claimed he’d only targeted arbitrarily named so-called “assault weapons” and that hunting firearms were excluded. However, while a long list of semi-automatic rifles—including the Ruger Mini-14, one of the most popular ranch and truck guns after the lever-action—are indeed included, a portion of the new law also covers 10- and 12-gauge shotguns.

One particular section of text of the ban reads, and makes illegal “any firearm with a bore diameter of 20mm [millimeters] or greater … .” Various mortars and missile launchers are listed under this bore-diameter restriction.

To begin, let us examine the case of the 12-gauge shotgun. While it has a bore diameter of 18.52mm or .798-inches, if the shotgun has a removable choke and the choke is removed, then a portion of the shotgun barrel has a diameter of 20.68mm or .814-inches. A legal opinion prepared by Canadian lawyer Edward Burlew for the Canadian Sporting Arms and Ammunition Association (CSAAA) concluded that this makes 12-gauge shotguns with Beretta Optima and Optima Plus, Browning Invector and Winchoke removeable choke systems illegal. No wonder the CSAAA is launching a constitutional challenge to the government’s ban.

Once Burlew’s legal opinion circulated, Blair got on Facebook and Twitter on May 6 to post a “clarification,” explaining that 10- and 12-gauge shotguns with removable chokes were not illegal. Blair said they would be measuring shotgun bores immediately after the chamber and, therefore, well before the choke tube.

After reading Blair’s Twitter post, in an interview with CBC News out of Ottawa, Canada, CSAAA Managing Director Alison de Groot said, “We are not satisfied with a tweet from the minister that everything is okay as the basis for our whole industry’s future. There is lots of precedent in [Canadian] law and technical language in legal government documents our industry uses every day that conflicts with this tweeted response."

If the gun ban is amended to reflect Blair’s social-media posts, then U.S. hunters with removable choke shotguns should be fine. Otherwise, hunters could be in trouble because, as CSAAA’s de Groot noted, it could come down to how a given Canadian law enforcement officer interprets the new law.

In moving forward, hunters must keep in mind that we are talking about Canada so it is impossible to speculate how officials there will interpret and enforce the new firearms restrictions or how they will be applied to U.S hunters and other foreigners. While the NRA Institute for Legislative Action will monitor developments and provide updates as they become available, hunters in the United States who plan to venture into Canada anytime soon should be cautious and do their own research.

Adding to the previously mentioned concerns, hunters must note that another portion of the new ban also made illegal any “firearm capable of discharging a projectile with a muzzle energy greater than 10,000 joules,” which translates to approximately 7,500 foot-pounds (ft.-lbs.) of energy.  Such wording makes the .460 Weatherby Magnum bolt-action rifle illegal too. 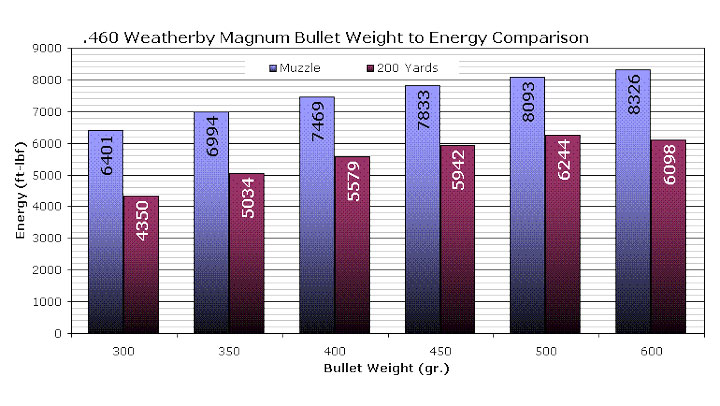 As noted by Phil Massaro, president of the custom ammunition shop Massaro Ballistic Laboratories, LLC, and a freelance gun writer and author of “The Big Book of Ballistics,” the .500 Jeffery, when loaded with 600-grain bullets, also surpasses the 7,500 ft.-lbs. threshold. In addition, GunData.org notes that the .600 Nitro Express also has more than 7,500 ft.-lbs. of muzzle energy.

As hunters know, confusing scenarios like this one in Canada occur on a regular basis when those against responsible, legal firearms use come up with laws covering things they know nothing about or seek to understand. While Trudeau and Blair claim they are not seeking to ban hunting firearms, they clearly do not realize or even care what firearms we hunters take afield.

The best case in point: For starters, Trudeau does not even understand the meaning of “assault weapon,” though he applies the term to all semi-automatic rifles with certain cosmetic features, such as a detachable magazine and a pistol grip, that the anti-gun crowd thinks are sinister.

About the Author
NRAHLF.org contributor Brian McCombie is also a field editor for the NRA's American Hunter and a contributor to the NRA’s Shooting Illustrated website. A member of the National Rifle Association and the National Shooting Sports Foundation, he enjoys hunting hogs, shooting 1911s chambered in 10mm and .45 ACP, watching the Chicago Bears and relaxing with his two cats, Peanut Morgan and Simon.