Wisconsin hunters, it seems, are perfectly happy with the current length of their whitetail deer season and are unwilling to change it. Following an online meeting in April with the Wisconsin Conservation Congress on behalf of the Wisconsin Department of Natural Resources (WDNR), on May 5 it was announced that hunters voted overwhelming 3 to 1 against extending the current nine-day firearms deer season centered around Thanksgiving to 19 days. The proposal, put forth by the WDNR, aimed to recruit more new hunters by offering a longer season while enticing other hunters to renew their hunting licenses amid declining sales.

The length of the deer seasons was one of several topics addressed by the online 2020 Spring Hearing Questionnaire seeking hunters’ input regarding hunting and wildlife conservation issues. Readers may recall that one of the survey topics was a cluster of regulations opposed by the NRA Institute for Legislative Action (ILA) that would have banned the use of traditional lead ammunition on state-owned or -managed lands outside waterfowl hunting, for which its use was banned in 1991. Here is an overview of how Wisconsin hunters voted.

Survey Result Details
The Wisconsin Conservation Congress received a record-setting 64,943 responses to its survey, which provided a snapshot of Wisconsin hunters’ opinions on state seasons and regulations. Everything from season dates and the use of lead ammunition to hotly debated archery and deer-baiting regulations were addressed. Notably, a proposal to establish a spring bear hunting season was overwhelmingly supported with 32,554 votes in favor and only 17,347 against. Curiously, the bear hunt proposal had the third-highest vote of “no opinion” with 8,603 such votes, just behind proposals to mandate non-toxic shot for dove hunting and eliminate deer management zones. 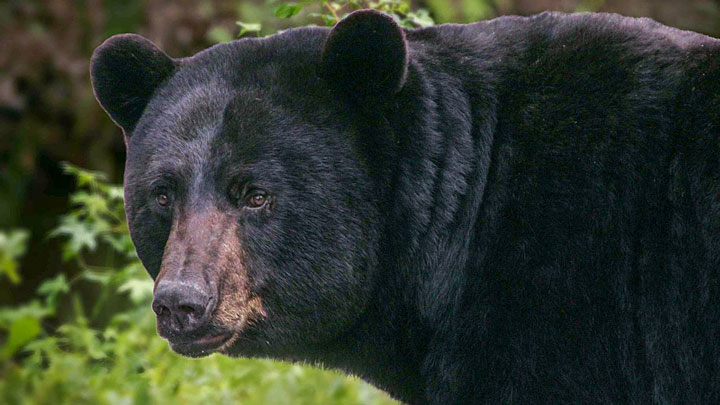 A proposal to close the crossbow season and reopen it concurrent with firearms season was also addressed. A topic of hot debate in hunting communities around the country, the move was defeated by a 50 percent margin, with 20,816 votes in favor and 31,665 against.

Participants also voted down returning the so-called “Earn-A-Buck” system to the WDNR—meaning that any hunter who wishes to harvest a buck must first harvest a doe to help decrease the herd size and “earn” the buck—by a wide margin (almost 50 percent). They also voted overwhelmingly to eliminate the antlerless-only holiday firearms season.

The closest vote margins occurred on the NRA-ILA-opposed regulations mandating non-toxic shot whether on state lands or specifically for dove hunting and small game. Two of these regulations, mandating non-toxic shot for doves and pheasants, passed. Three others all were defeated, including the one NRA-ILA fought against that would have mandated non-toxic shot on state land as well as two others mandating the same when hunting small game and turkeys. As NRA-ILA reported, “traditional ammunition does not and has not negatively impacted wildlife populations in North America and is far more effective and affordable for American hunters.” However, lead ammunition remains under attack by anti-hunting groups striving to find ways to ban all hunting.

Conclusions
Hunters are among the most interesting mix of the traditional and the scientific. While the vast majority of sportsmen rely on scientific practices and advanced biology to help them bag a buck or get on the best bird, we still hold traditions like the start date of our seasons in high esteem. Maybe it’s the memories created with long-gone family, friends and forebearers, maybe it is just a case of “if it ain’t broke, don’t fix it.”

Either way, Wisconsin Conservation Congress Chair Larry Bonde summed it up best in a statement to the Journal Times and other local press.

“Wisconsin’s sporting community are traditionalists,” he said. “They want that traditional nine-day Thanksgiving deer season, and they’re not going to let go.”