With hunter numbers in decline, state wildlife agencies and hunter-backed conservation groups are working hard to bring new people into hunting as part of the national R3 (recruitment, retention, reactivation) movement. The NRA, for example, provides hunter services and programs such as its free NRA online hunter education course, the NRA Youth Hunter Education Challenge and the NRA Mentor program. Another such effort is being led by the good people at Delta Waterfowl through its cleverly-named “HunteR3” initiative aimed to bring new hunters into the fold while reactivating those who haven’t been afield in a while. The group says the name HunteR3 combines its position in the waterfowl world as “the duck hunters’ organization” with the national R3 initiative and is having some positive effects.

Peter Churchbourne, a director with the NRA Hunters' Leadership Forum, noted, “Delta has done an excellent job of building a comprehensive program to tackle the problem of the declining waterfowl hunter. With waterfowl being my hunting passion, it’s refreshing to see the group's leadership and contributions in this space.” Churchbourne says the group, which has U.S. headquarters in Bismarck, N.D., remains focused on promoting science-based solutions to conserve ducks and their breeding habitat while working alongside like-minded hunter-backed groups like the NRA to bring in more hunters. 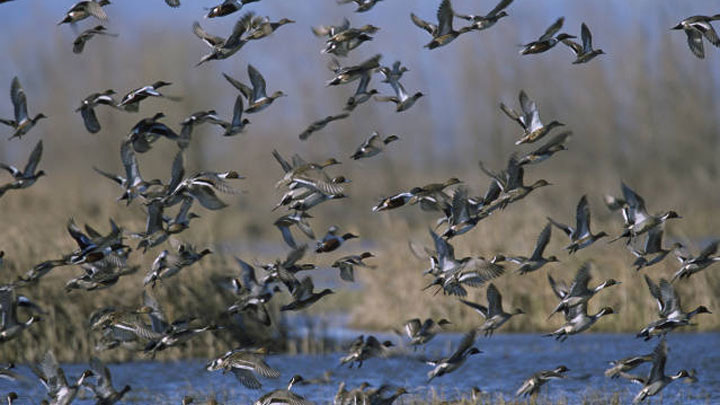 Historically, noted Joel Brice, Delta Waterfowl’s vice president overseeing the group’s Waterfowl and Hunter Recruitment Programs, the number of waterfowl hunters fluctuated with waterfowl populations. Lots of ducks and geese meant many hunters, while dry years producing relatively few birds invariably led to fewer hunters afield. “But, around 2000, we started to notice that even as waterfowl numbers were high and climbing, the number of hunters kept dropping,” Brice said. “It was especially noticeable in Canada, and that’s where we put our first hunter recruitment efforts.”

At the same time, the resulting HunteR3 initiative was launched consisting of the following components: