Is 21st-Century Hunting More Exciting than in the Past?

I recently read a gun manufacturer’s catalog that stated hunting in the 21st century was “faster, more versatile and more exciting.”

Okay, I get it. The copywriter was trying to excite potential buyers and convince them to purchase the manufacturer’s new, fast-cycling rifle. So, of course, he’s going to emphasize speed. But,the last time I checked, our game animals are no faster than they have been these past millennia. Whitetails still run as fast as they did in the 20th century. Pronghorns still leave them in the dust, but they got their speed by evolving to outrun North American cheetahs, and those haven’t been around for hundreds of thousands of years. So, if anything, pronghorns may have slipped a step or two.

So maybe the “faster” reference was to hunters. But that can’t be right either. Hunters in the 19th century routinely chased down big game on horseback. Many pursued them with coursing hounds. Greyhounds weren’t first bred to chase mechanical rabbits. In contrast, most hunters today seem to sit in blinds for hours on end, slowly awaiting the arrival of a sacrificial lamb. Even hardcore backpack hunters rarely break into more than a fast stride while scouring peaks and valleys for rams, goats, bears and caribou.

No, I’m afraid hunting in the 21st century is, if anything, slower. But what about “more versatile?” Well, I guess English professors would call that a syntactical error. Hunting can be variable, but not versatile. Hunting is an activity, not a person or tool conducting the activity. A hunter can be versatile, hunting deer one day, rabbits the next, Easter eggs after that. And his hunting rifle could be versatile, too, loaded with heavy, fast bullets for deer and lighter, slower bullets for rabbits. It probably wouldn’t be versatile enough for Easter egg hunting.

I think what our copywriter was trying to suggest was the versatility of the rifle he was hyping. That model allows the user to easily and quickly swap barrels, reconfiguring the rifle from, say, a .223 Remington varmint rig to a .338 Winchester Magnum moose and elk rifle. Yes, that is impressive versatility in one rifle. Well done.

This brings us to the most exciting claim in this ad copy. Is hunting more exciting in the 21st century? Uh… no. Considering that some hunters shoot their game from 300, 500, 600, even 1,200 yards away, this can’t compare to the excitement a Lakota must have felt while riding knee-to-shoulder alongside a thundering herd of bison. It can’t compare to what a Pygmy felt while slipping beneath a Congo elephant to jab a spear into its chest. Nor can today’s hunter with a larder full of supermarket foods match the salivating anticipation of a 17th-century pioneer pursuing his Thanksgiving turkey with a flintlock smoothbore. No, an honest assessment of potential hunting thrills can’t prove that 21st-century hunting is more exciting than all previous hunting. But I’m betting it can be equally exciting. 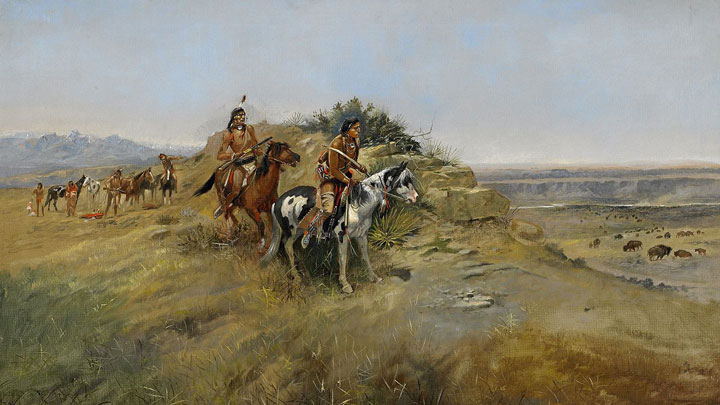 I base this on memories from my own first hunts and from my observations of today’s kids indulging theirs. Christmas morning pales in comparison.

Capturing this level of quivering excitement in words is impossible. Not even the best actors under the best directors guided by the best writers and filmed by the finest videographers can produce a reasonable facsimile of true hunting excitement. Because it’s inside. Inside the head and heart and guts and frenzied limbs of the hunter who is too tightly wired to sit still, yet too flooded with adrenaline for muscular control. They call it buck fever.

Buck fever is hard to explain. It starts with ideas and dreams. These evolve into hopes and longing that build into anticipation. And then it explodes like a starburst when a delicate crunching directs attention to a bough that bounces to reveal gray hair that resolves into a neck above which sparkle two black eyes overwhelmed by a thicket of bones that beat and drum the hunter numb. It is a deer, just a buck deer with the usual secondary sexual characteristic—external bones grown and polished for the annual rut. These deciduous bones are supposed to intimidate rivals and impress potential mates, but through some inexplicable, unscheduled, mysterious psychological force felt by no other species on the planet, they bedazzle, disorient and befuddle what is commonly assumed to be the most intelligent animal. Us.

When thus bewitched as a teenager I had sufficient self-control to lift my bow, point it in the general direction of the buck tormenting me, and grip the string and arrow nock so hard that I lifted the shaft from the bow rest. It was cockeyed to such a degree that, upon the string’s release, the arrow shot nearly straight up, arced just beyond the deer and drilled itself vertically into the prairie. The buck looked back at it quizzically, then resumed its walk past me, a shivering, quivering mass of youthful humanity hiding in the bushes.