It was a fitting end to American Wetlands Month in May as Department of the Interior (DOI) Secretary David Bernhardt announced $160 million in funding for wetland conservation projects across North America. The news came on May 28 as the Migratory Bird Conservation Commission (MBCC), chaired by Secretary of the Interior (SOI) Bernhardt, considered and approved the funding that will benefit hundreds of bird species.

Included in the funding mix is $22.1 million allocated through the North American Wetlands Conservation Act (NAWCA) to the U.S. Fish and Wildlife Service (USFWS) and its partners to conserve and restore more than 160,000 acres of wetland and associated upland habitats. These efforts alone will account for 22 projects in 15 states supporting waterfowl, shorebirds and other birds. Partners will match these grants with an additional $50 million.

Promoting the source of such funding, SOI Bernhardt said, “These dollars are from our great conservationists—the hunters and anglers who purchase migratory bird stamps. These efforts support local economies and wildlife in numerous ways. As the country continues to reopen, access to outdoor spaces is more important than ever, and we are doing our part to maintain public access and conserve natural habitats.”

“Wetlands are special places with an exceptional role to play in both the economy and conservation of our magnificent wildlife,” said USFWS Director Aurelia Skipwith in the official DOI news release. “Through these grants the U.S. Fish and Wildlife Service is uniquely placed to not only positively impact wetland conservation, but also further President Trump’s goal to improve access to public lands and outdoor recreation opportunities for all Americans.”

• Maine: Conserving Maine’s Coast and Headwaters—$1 million to acquire 16,311 acres around the Gulf of Maine, providing habitat for 100-plus bird species, including American black duck.

Highlighted in the official DOI news release were comments from MBCC members including U.S. Sen. John Boozman (R-Ark.), who noted, “Conservation of our nation’s wetlands is critical to the preservation and healthy management of waterfowl and other wildlife populations. These investments will allow us to better protect and improve critical habitats and ensure future generations of outdoor enthusiasts will be able to enjoy the same opportunities they do today.”

Fellow member and U.S. Sen. Martin Heinrich (D-N.M.) shared, “I am proud to help approve NAWCA grants, and I have been impressed by the program’s demonstrated success in leveraging partnerships to restore essential habitat for waterfowl and other wildlife. I am also pleased to see more important acquisitions supported by the Migratory Bird Conservation Fund for our National Wildlife Refuge System.” Heinrich added that the conservation work done by these two programs is essential in supporting our outdoor recreation economy and sustaining our hunting, fishing, and wildlife-viewing traditions on public lands and waters.

Considering that numerous U.S. bird species spend time in other countries, the NAWCA also provides for grants to Canada and Mexico. The MBCC also approved $40.5 million for 19 projects in those countries. Once again, those concerned with the conservation of our renewable fish and wildlife resources are witnessing that even during the COVID-19 pandemic, the Trump administration’s DOI and the MBCC are acting to foster migratory birds and their habitats.

[For a list of all approved NAWCA projects in the United States, Canada and Mexico, click here.]

For background, the NAWCA is the only federal grant program dedicated to the conservation of wetland habitats for migratory birds. According to the DOI, since 1989, funding has advanced the conservation of wetland habitats and their wildlife in all 50 states, Canada and Mexico and engaged 6,300-plus partners in more than 3,000 projects. Federal funds are typically leveraged at twice the legally required dollar-for-dollar, non-federal match-to-grant ratio. NAWCA project partners include private landowners, states, local governments, conservation organizations, sportsmen’s groups, tribes, trusts and corporations. 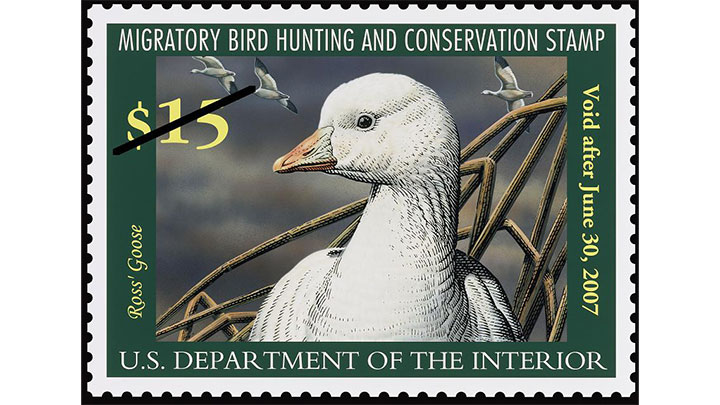 Because the MBCC also is tasked with directing funds raised by the sale of Federal Migratory Bird Hunting and Conservation Stamps, or “Duck Stamps,” to waterfowl habitat and hunting conservation, there is more good news. The MBCC also approved $47.1 million from the Migratory Bird Conservation Fund to conserve 21,259 acres impacting six national wildlife refuges, which will be added to public use and hunting programs. Refuges include one each in Arkansas, New Jersey, South Carolina and Washington and two in Texas. While waterfowl hunters are required to buy an annual Duck Stamp celebrating America’s waterfowl hunting heritage, some non-hunters put their stamp on conservation by purchasing them too. A current stamp, by the way, also serves as a pass into any national wildlife refuge charging an entry fee. As for the significance of that little stamp, since 1934, the Federal Duck Stamp Program and Migratory Bird Conservation Fund have provided more than $1.1 billion for habitat conservation in the National Wildlife Refuge System alone.

About the Migratory Bird Conservation Commission: The MBCC was established on Feb. 18, 1929, by the passage of the Migratory Bird Conservation Act. Chaired by Secretary of the Interior David Bernhardt, current members include Secretary of Agriculture Sonny Perdue; Environmental Protection Agency Administrator Andrew Wheeler; Sen. John Boozman of Arkansas; Senator Martin Heinrich of New Mexico; and U.S. representatives Robert J. Wittman of Virginia and Mike Thompson of California. The MBCC has helped to conserve much of America’s critical waterfowl habitat and establish and/or enhance much of its most popular waterfowl hunting destinations.

About the Author: Karen Mehall Phillips is the director of communications for the NRA Hunters’ Leadership Forum and senior editor of NRA’s American Hunter-HLF. An avid rifle and bow hunter, she has hunted for 30 years and in 29 states, Canada, Italy, Finland, Germany, Spain, New Zealand, Greenland and Africa, including for two of the Big Five. An NRA Endowment member, Karen worked in the NRA public relations arena prior to joining NRA Publications in 1998. She is the founding editor of two NRA official journals: America's 1st Freedom and Woman's Outlook. National writing awards include being named the 2015 Carl Zeiss Sports Optics Writer of the Year. She is a founding member of the Professional Outdoor Media Association, a member of Safari Club International and a Life member of the Dallas Safari Club and the Mule Deer Foundation.