As most hunters are aware, state and federal agencies bear most of the burden for initiating, maintaining and supporting America’s wildlife and wild places. These efforts are funded primarily by hunters through hunting licenses and other fees. Because finding the funds to tackle all the great projects is an ongoing battle, many state wildlife agencies have come up with creative ways to bring in more cash for their wildlife conservation efforts that also offer hunters more opportunities to go afield.

Wyoming
In 2014, then Wyoming Gov. Matt Mead engaged state legislators to create a new way to raise money to improve hunting opportunities and aid big-game management projects. The result: the Wyoming Super Tag and Trifecta raffles. By purchasing a raffle ticket for the Super Tag program, you get a chance to harvest one of Wyoming’s 10 big game species: bighorn sheep, moose, elk, mountain goat, deer, bison, antelope, gray wolf, mountain lion or black bear. By purchasing a Trifecta ticket, you can win the chance to select any three of the 10 species. 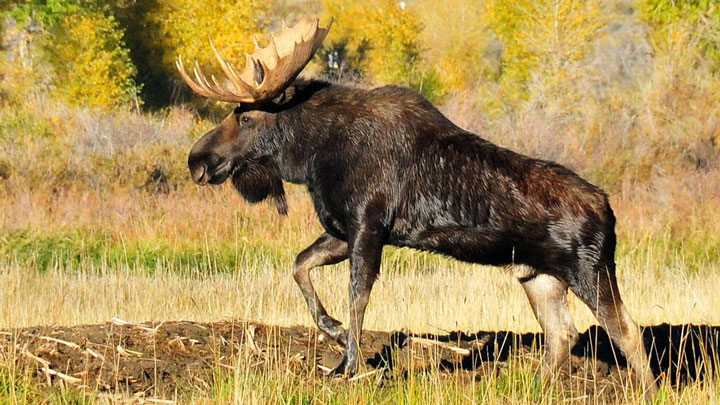 Over the past six years, the raffles have raised $4.6 million for wildlife conservation. In 2019 alone, 87,112 tickets were sold, raising $1.14 million. Monthly drawings also are held to incentivize hunters to get involved. Though the number of tickets sold makes the odds seem overwhelming, Sara DiRienzo, a public information officer with Wyoming Game and Fish, says, “It’s still possible to draw a license with really good odds. Many winners only purchase one ticket.”

Another plus: If you win the raffle for one of Wyoming’s big-game hunts, it doesn’t cancel out any other tag you draw. Russ Elms, who won in 2016, drew a Wyoming bighorn sheep tag and then won the Trifecta raffle. He harvested two bighorn sheep, an elk and a moose.

DiRienzo says raffle monies go directly to “on-the-ground” projects including habitat restoration, fencing to mitigate wildlife/vehicle collisions and wildlife migration studies. Marking a win-win for hunter-conservationists, the raffles provide opportunities for once-in-a-lifetime hunts for every hunter while funding conservation projects for a range of Wyoming wildlife. “It’s a great way to support these two things that hunters value in Wyoming,” she explains.

In 1996, nearly 20 years before these raffles, the Cowboy State initiated a “slam” program that has since been replicated by many other state agencies. Begun by wildlife biologist Ron Remmick, the Wyoming Cutt-Slam became the model for similar programs throughout the country. This slam entails catching the four cutthroat trout species native to Wyoming: Bear River, Colorado, Snake River and Yellowstone. Many state agencies have taken the slam idea and adapted it to hunting as in Nebraska.

Nebraska
To promote upland bird hunting and awareness of Nebraska’s public lands, the Nebraska Game and Parks Commission initiated the Nebraska Upland Game Slam in 2018. According to Upland Habitat and Access Program Manager John Laux, “Nebraska has always been well-known for its excellent mixed-bag hunting opportunities and the Nebraska Upland Slam seemed like a great way to take it one step further. We also knew the Upland Slam would help us promote our state's excellent publicly accessible lands and aid in our agency's efforts to recruit, retain and reactivate hunters.” The slam challenges hunters to harvest pheasant, bobwhite, sharp-tailed grouse and greater prairie chicken. By uploading photos and hunt details, participants qualify for a pin and certificate once they complete the slam. Then they are entered in several monthly and grand prize drawings sponsored by Pheasants Forever and Quail Forever.

Though the program doesn’t generate specific funds, attracting more hunters means more money from licenses, gear and other services. Laux adds, “There are three primary objectives: promote Nebraska's excellent mixed bag hunting opportunities for upland gamebirds; increase awareness of upland hunting opportunities on Nebraska's public lands; and provide a challenge to help recruit, retain and reactivate hunters.” In its two seasons, 541 hunters have participated, ranging in age from less than 10 years old to over 70, and 262 of them have completed the slam—some even in a single day. More than 50 percent of submitted birds were harvested on public land with 156 of the submissions recorded as “first time experiences.”

Arizona, Alaska and New Mexico
Similar to Wyoming, Arizona offers the Arizona Big Game Super Raffle. Each ticket purchased for one of the 10 species—antelope, buffalo, desert bighorn, javelina, mule deer, black bear, Coues whitetail, elk, mountain lion and turkey—provides a raffle opportunity and a chance at a monthly drawing. There are also Alaska and New Mexico Dream Hunt raffles available with funds going to the given wildlife species indicated on each ticket. 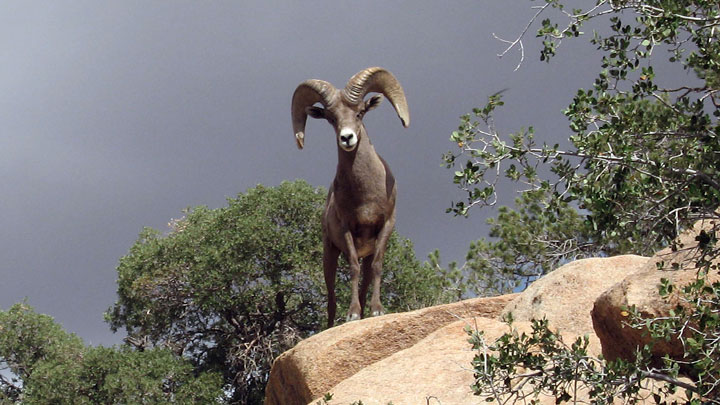 Utah
If you seek multiple slam programs, it is tough to top Utah. For upland game, there are seven different slam programs, from pheasants to turkeys to grouse. Utah’s 10 waterfowl slams are equally diverse, ranging from coots to teal and wigeons to geese.

Upon completion, the hunter receives a certificate and a medallion that is similar to a challenge coin. If you complete the Ultimate Slam, taking all huntable upland bird species, your medallion is personalized with your name. For the waterfowl slams, you receive an engraved waterfowl band. 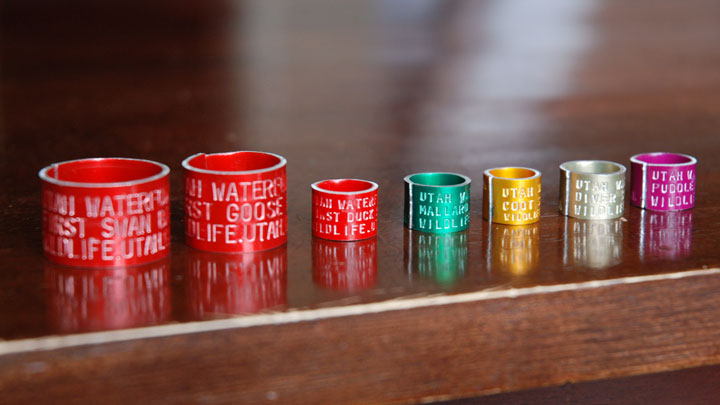 Blair Stringham, the migratory game bird program coordinator for the Utah Division of Wildlife Resources (DWR), reports that approximately 350 hunters participate annually in the program. “Some years as many as 500 to 600,” he says. “We have raised over $50,000 since the program began.”

Each dollar raised is matched 3-to-1 by funding from the Pittman-Robertson Act. These dollars have been used to construct new impoundments at the state’s various Waterfowl Management Areas (WMAs). A major effort is now underway to use “slam” dollars to help purchase 1,200 acres of land adjacent to two WMA’s in northern Utah. This will secure vital nesting and feeding areas for waterfowl, shorebirds, upland game and certain non-game species while creating increased areas for hunter access.

Nonresident hunters also can participate in Utah slams by registering before the hunt starts and then harvesting the maximum number of birds allowed by the given flyway’s regulations for each species. As with Wyoming, Utah also offers a Cutthroat Slam for the state’s four native trout species.

As covered by this website, Utah also conducts the annual Western Hunting and Conservation Expo (WHCE). Co-sponsored by Sportsmen for Fish and Wildlife and the Mule Deer Foundation, it continues to set attendance records, drawing approximately 65,000 attendees in February 2020 alone. The expo conducts a drawing for 200 Utah big-game wildlife conservation permits in addition to auctions for other big-game hunts.

According to WHCE Director Chris Carling, “The expo is the beating heart of wildlife conservation in Utah. In partnership with the Utah Division of Wildlife Resources, we leverage dollars, political clout, relationships, human resources, volunteerism and passion. One plus one equals, not two, but three, five and even 10.”

Different from other state’s programs, WHCE tags are not raffled. Odds of success are better than average because the opportunity is open only to show attendees who must apply for them onsite at the DWR booth. Each application costs $5. Unlike with raffles, one cannot stack the odds by purchasing multiple applications. Permits for world-class elk, moose, bison, mule deer, mountain goat, mountain lion, bear, pronghorn and bighorn sheep hunts are awarded through a special DWR drawing the Friday after the show ends. There are also live auctions for additional Utah hunting permits. Last year, the auction and $5 permit drawings raised $8.7 million for Utah wildlife. Most funding goes back into Utah projects, such as for invasive species removal, watershed restoration, migration research, game bird releases and youth hunting opportunities.

An example of WHCE funds in action is the state’s multi-year deer mortality. Mule deer does are fitted with tracking collars that send an alert when the doe gives birth. Utah DWR wildlife biologists and volunteers from the SFW and MDF scramble to the location and fit the fawn with a collar. If the fawn’s collar doesn’t “move” for a certain period, it is assumed the fawn perished. Workers go to the fawn and examine the remains to determine the cause of death. With this data, wildlife biologists more confidently make recommendations for new predator hunt quotas and/or transplant initiatives to aid fawn survival.

And There Is More
Similar programs in other states include South Dakota’s Hunt for Habitat raffle providing a chance to hunt buffalo in Custer State Park. Pennsylvania’s Keystone Elk Country Alliance raffle helps to preserve the state’s elk herds while giving hunters the chance to take record-class bulls. And in 2013, thanks to New Mexico’s Enhancement Hunts program, the auction winner of a big-game authorization package took a world-record pronghorn and also hunted ibex, oryx, elk and deer. Texas also includes exotic species in its raffle so Lone Star State hunters can pursue gemsbok, scimitar-horned oryx and axis deer without ever leaving the country.

So, for anywhere from $5 to $35, depending on the raffle or event, you can do something concrete to save wildlife species, protect habitat and expand hunter opportunities—common threads in all these programs. This is thanks to the creative initiatives of state agencies, non-profit wildlife conservation groups, volunteers and, of course, American hunters who continue to lead the charge.

About the Author
Alan Peterson is a filmmaker living in the paradise between the Wasatch Range and the Great Salt Lake in Utah. He loves shooting over his pudelpointer, Trigger; casting dries for cutthroats and seeing cupped wings over decoys. He says all of this is possible thanks to his very patient wife. Peterson is currently working on a documentary on the history of duck hunting on the Great Salt Lake and one on the life of fishing innovator George Gehrke.