By a bipartisan majority, the U.S. House of Representatives passed the Great American Outdoors Act (GAOA) late yesterday on a vote of 310 to 107. Supported mostly by America’s most influential environmental groups, the GAOA will permanently fund the Land and Water Conservation Fund (LWCF) and pay for much-needed deferred maintenance in national parks and other federal lands. It now goes to the desk of President Donald J. Trump for his signature and soon will become law.

As HLF reported earlier, “the act will provide $9.5 billion over the next five years to address the crumbling infrastructure on America's public lands and waters.” Within that funding package, the National Park Service will receive $6.5 billion. An additional $3 billion will support the repair and maintenance of public land infrastructures managed by the Bureau of Land Management (BLM), U.S. Fish and Wildlife Service (USFWS), and U.S. Forest Service (USFS), which continue to provide recreational opportunities for America's sportsmen and women. These opportunities include access to public hunting, fishing and recreational shooting on millions of acres of federally managed lands. The legislation also funds the LWCF, which allows federal land management agencies to acquire private land to protect it from development. Some of the land will benefit hunting and habitat. 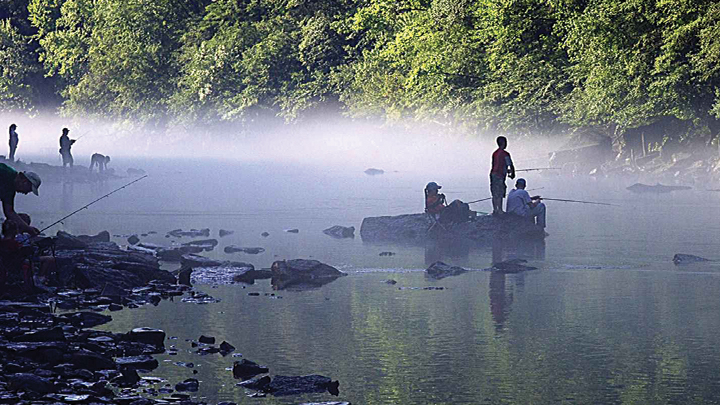 Secretary of the Interior David Bernhardt immediately touted its passage and significance. “In March, President Trump called on Congress to stop kicking the can down the road, fix the aging infrastructure at our national parks and permanently fund conservation projects through the Land and Water Conservation Fund,” said Bernhardt. “He accomplished what previous presidents have failed to do for decades—despite their lip service commitment to funding public land improvements.”

Before moving to the House for a vote, the Senate also passed the GAOA on a strong bipartisan vote of 73 to 25. Upon approval, Sen. Cory Gardner (R-CO), who introduced the legislation in the Senate, referred to it as a historic opportunity for conservation, calling it “not only the single greatest conservation achievement in generations, but also a lifeline to mountain towns and recreation communities hit hard by the COVID-19 pandemic.”

As media outlets reported on the vote, Utah’s Salt Lake Tribune confirmed that the GAOA “would spend about $900 million a year—double current spending—on the popular Land and Water Conservation Fund, and another $1.9 billion per year on improvements at national parks, forests, wildlife refuges and rangelands.”

Worth noting, for just one example of how America’s federal lands support outdoor recreation, the Department of the Interior says that last year alone, the National Park Service welcomed 327 million visitors who generated an economic impact of more than $41 billion and supported more than 340,000 jobs. Aging infrastructure has resulted in our national parks needing upgrades and improvements for more than 5,500 miles of paved roads, 17,000 miles of trails and 24,000 buildings.

As for President Trump’s support of the GAOA to keep America moving forward, as far back as Mar. 3, he tweeted: “I am calling on Congress to send me a Bill that fully and permanently funds the LWCF and restores our National Parks. When I sign it into law, it will be HISTORIC for our beautiful public lands… .”