The latest news from the Trump administration’s Department of Interior (DOI) revealed more unprecedented efforts to increase recreational access on public lands. Yesterday U.S. Secretary of Interior (SOI) David Bernhardt visited the Shiawassee National Wildlife Refuge in Michigan to announce the historic opening and expansion of 850-plus hunting and fishing opportunities across more than 2.3 million acres at 147 national wildlife refuges and national fish hatcheries. This rule, first reported by this website in April, marks the single largest expansion of hunting and fishing opportunities by the U.S. Fish and Wildlife Service (USFWS) in history, bringing the Trump administration’s total expansion to more than 4 million acres nationwide.

“On the heels of President Trump signing the most significant conservation and recreation funding in U.S. history, providing nearly $20 billion over the next 10 years to fix and conserve the American people’s public lands, the Trump Administration has now made an additional 2.3 million acres accessible to new hunting and fishing opportunities,” said Secretary Bernhardt. “We continue to take significant actions to further conservation initiatives and support sportsmen and women who are America’s true conservationists.”

The final rule specifically opens or expands 859 hunting and fishing opportunities with an “opportunity” defined as one species on one field station in one state. The increase is on top of last September’s expansion of 1.4 million acres, which at the time already had doubled the federal acreage made available to sportsmen over the previous five years combined.

“The Trump Administration and Secretary Bernhardt have made access to public lands for hunting and fishing and other outdoor recreation a priority beginning day one,” said USFWS Director Aurelia Skipwith. “Hunting and fishing are a part of our American history, and we continue to ensure we provide opportunities for these activities which epitomize our American heritage. Furthermore, we have maintained our commitment to promoting good government by reducing the regulatory burden by working with states to facilitate these outdoor activities.” 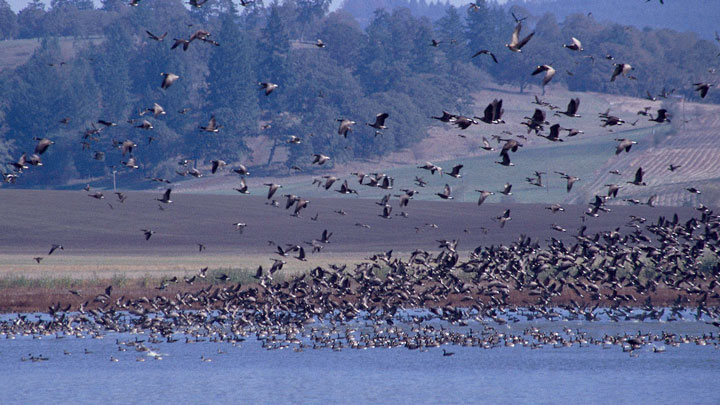 This rule increases the number of units in the USFWS’ National Wildlife Refuge System open to public hunting to 430 and those open to fishing to 360. In addition, it brings the total number of National Fish Hatchery System units open to hunting or sport fishing to 21. A complete list of all refuges and hatcheries opening or expanding hunting or fishing is available in the final rule.

The final rule is being published in the Federal Register and will be available at http://www.regulations.gov, Docket Number: FWS-HQ-NWRS-2020-0013. For more information, view interactive maps of hunting and fishing opportunities, and a web page of all environmental documents related to openings and closings at all 147 affected stations, accounting for 138 national wildlife refuges and nine national fish hatcheries.

Countless members of Congress and representatives from national hunting, shooting sports and wildlife conservation groups championed the move, from the NRA to Delta Waterfowl, the National Wild Turkey Federation and the Congressional Sportsmen’s Foundation.

“No one in modern history has done more than the Trump Administration to provide America's sportsmen and women with greater opportunities to enjoy the outdoors,” said NRA Institute for Legislative Action’s Director of Hunting Policy Erica Tergeson and one of the directors with the NRA Hunters’ Leadership Forum. “This rule is just another example of the commonsense actions that can make hunting and fishing more accessible to all Americans. Secretary Bernhardt and Director Skipwith continue to show their dedication to hunters and wildlife conservation.”

“Today’s action by the Department of the Interior to expand hunting and fishing on more than 2.3 million acres of national wildlife refuges shows this administration’s continued commitment to increase access for sportsmen and women,” said Mule Deer Foundation President and CEO Miles Moretti. “Through this rule, refuges like Fallon National Wildlife Refuge in Nevada will allow mule deer hunting for the first time. We appreciate the work of Secretary Bernhardt and Director Skipwith and the staff of the U.S. Fish and Wildlife Service for their continued work supporting new opportunities for big game hunting within the National Wildlife Refuge System.”

A Big Thank You to America’s Sportsmen and Women
As noted by the USFWS and shared in yesterday’s official DOI news release, American sportsmen and women generated nearly $1 billion in excise taxes in 2019 alone, supporting critical state conservation programs. Funding is generated by excise tax collections on hunting, shooting and fishing equipment and boat fuel that the USFWS then distributes to all 50 states and U.S. territories. To date the USFWS has apportioned more than $22.9 billion for state conservation and recreation projects.

In addition, according to the most recent National Survey of Fishing, Hunting and Wildlife-Associated Recreation conducted in 2016, hunting, fishing and other outdoor activities contributed more than $156 billion in economic activity nationwide. More than 101 million Americans—40 percent of the U.S. population ages 16 and older—pursue wildlife-related recreation, including hunting and fishing.

America’s National Wildlife Refuge System represents an unparalleled network of 568 national wildlife refuges and 38 wetland management districts. As noted repeatedly by this website, there is a national wildlife refuge within an hour’s drive of most major metropolitan areas. Each provides vital habitat for thousands of species and access to world-class recreation.