The last half of the 19th century and the early decades of the 20th century saw the devastation of much of America’s wildlife and, at the same time, heralded the beginning of the legacy of wildlife conservation that continues to this day. The story of the American bison and the whitetail deer are well-known examples of decline and restoration during this period. A lesser-known story is that of the California tule elk, Cervus canadensis nannodes. The smallest of North America’s four subspecies of elk, tule elk are found only in California; their original range extended from Mt. Shasta to Bakersfield and from the Sierra foothills to the Coastal mountains. The species is named after a species of sedge called tule (tool’-ee) upon which it feeds. In the middle of the 19th century, half a million tule elk roamed the plains, marshes and rolling hills of California’s Central Valley. But the stage was set to change.

An entrepreneur named James W. Marshall, in partnership with Johann Sutter, was building a sawmill on the American River near Coloma, Calif., when, on Jan. 24, 1848, Marshall discovered gold in the channel where they were trying to enlarge the tailrace. Soon, 300,000 hopefuls from around the world stampeded to be part of the California Gold Rush. Word of the discovery reached a German immigrant recently arrived in New York City.

Heinrich Alfred Kreiser was just 19 years old when he arrived in America. He had left the rigors of his stern father’s apprenticeship as a butcher in Germany. “I saw people coming back from America that hadn’t been there long, that had made lots of money and I would think … that’s the country for me to go to … I wanted more freedom and greater opportunities,” Heinrich related later in life.

After laboring in New York as a butcher’s assistant, Heinrich and his friend Henry Miller decided to cast their fortunes with the ’49ers heading to the gold fields. For reasons unknown, Miller did not travel with Heinrich and either gave or sold his non-refundable, non-transferable steamship ticket to Heinrich, who had to travel under Miller’s name in order to board the steamer bound for California via Panama. When Heinrich finally stepped off the boat in San Francisco, he had survived a deadly virus that left him hospitalized for three months in Panama City, and he had a new name. He liked is friend’s name better than his own and thereafter became known as Henry Miller. 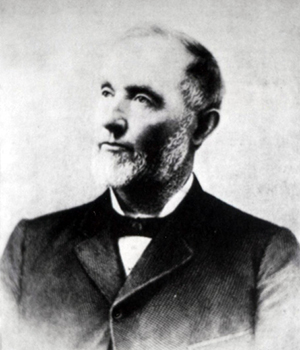 When Heinrich Alfred Kreiser sailed for California, he took a friend's name, Henry Miller. Upon settling in the Golden State, Miller became a cattle baron and eventually led efforts to conserve the state's tule elk.

Recognizing the competition and expense of trying to dig for gold, Miller wisely decided to ply his trade as a butcher. With hard work, frugality and more than a few risks, that decision ultimately led to Miller’s business becoming the largest integrated cattle operation in the country. Miller was the undisputed “Cattle King of California,” eventually managing more than 1.3 million acres in California, Nevada and Oregon. (A detailed history of Miller’s life can be found at immigrantentrepreneurship.org.)

The rise in Miller’s fortune rested on the fact that the 300,000 fortune seekers coming to California had to eat, a fact also leading to a sweeping demise of the tule elk. Market hunting was devastating deer, pronghorn, waterfowl, grizzly bear and elk populations. Additionally, developers like Miller were transforming the habitat elk depended on into cattle range, cotton fields and an agricultural nirvana that today feeds much of the world.

By the 1870s, tule elk had virtually disappeared. In fact, in 1873, the California legislature banned the hunting of elk. On his frequent travels to inspect his far-flung cattle enterprise, Miller noticed that he rarely saw elk any longer. Something about the disappearance effected Miller. He banned the hunting of elk on the Miller properties and he organized an effort to try to find any remaining elk. According to writer Jaymi Heimbuch, Miller sent out vaqueros across his holdings searching for elk. Under the guidance of game warden A. C. Tibbet, Miller’s posse found 12 elk, including a single breeding pair. Miller ordered the tiny herd to be protected at all costs, and the animals flourished to the point that they had begun to damage fences and overcrowd their range. Prior to his death in 1916, Miller asked the government to remove excess elk from his property, and subsequent efforts to re-establish them in Sequoia, Yosemite and other parks largely failed. The Yosemite herd numbered 28 animals by 1928, but two years later, the National Park Service decided it no longer would accept non-native animals into its parks. The tule elk seemed, once again, destined for extinction.

Then in 1933 another rancher, Walter Dow, proved that individual conservationists can often do what government can’t. Along with his successful ranch in the Owens Valley, Dow owned a lumber company, automobile dealership and hotels throughout the area. A generous and concerned citizen, he was intrigued by the plight of the tule elk in Yosemite and arranged to buy the entire herd and have it transported to his vicinity. On Oct. 7, 1933, Dow and several volunteers travelled to Yosemite, loaded each elk into an individually constructed crate and made the long journey back to the Owens Valley. Another 28 elk were soon relocated from the Central Valley, and by the mid-1940s, Dow’s tule elk herd had reached nearly 130 animals. 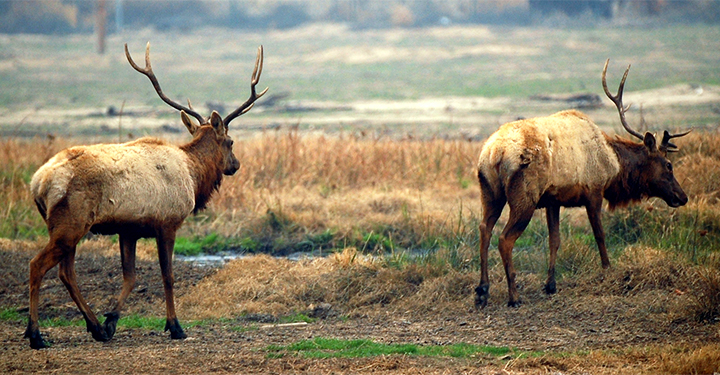 Tule elk inhabit the Tule Elk State Natural Reserve in Buttonwillow, Calif. The site is managed by the California Department of Parks and Recreation.

As with many wildlife success stories, that success created conflict. Local ranchers were concerned the elk would create problems for their cattle. In 1943, the California Department of Fish and Game created the first legal hunt for tule elk since 1873 in order to manage herd numbers.

Since then, California’s endemic elk has returned to several areas of its historic range and also been introduced to new habitat. Twenty-two separate herds roam open ranges, military bases, state parks, private ranches and other areas. In 2020, 127 tule elk hunting permits were managed by the California Department of Fish and Game draw system. Hunting opportunities are also provided through Private Lands Management tags, Cooperative Elk Hunting, the Shared Habitat Alliance for Recreational Enhancement program, tribal harvest programs and in conjunction with the Department of Defense on military properties. The 2018 Elk Conservation and Management Plan from the state of California summarizes this successful journey:

"By 1872, only a few tule elk remained in the San Joaquin Valley. With the financial support of hunter tag fees, the Federal Aid in Wildlife Restoration Act (Pittman-Robertson Act—excise tax on sporting arms and ammunition), the Department of Fish and Wildlife, conservation organizations and hunters were able to restore elk to the landscape across California. Elk population growth since 1970 has been significant and California now supports approximately 5,700 Roosevelt elk, 1,500 Rocky Mountain elk and 5,700 tule elk. Through the conservation of suitable, connected habitats and active management including translocation, elk populations have rebounded and are now extending their range into previously occupied areas and beyond."