Whether or not you are following chronic wasting disease (CWD) in the news, the disease couldn’t care less. It is doing what it does, spreading any way it can, making a living the only way it knows how—one host at a time. This week news is spreading that Idaho confirmed its first and second deer with CWD on Nov. 16. As reported by the Idaho Department of Fish and Game (IDFG), the two mule deer bucks were harvested in October by hunters in the Slate Creek Drainage in the western part of the state. Today CWD needs no introduction. It is an always-fatal disease of the deer family caused by a misfolded protein (called a prion) with no known cure or prevention. Ample research now shows it can cause declines in deer populations, which means we all should be paying attention. 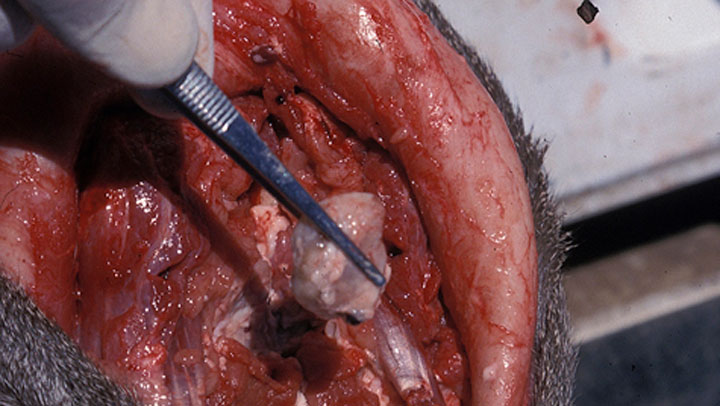 IDFG has been testing for CWD since 1997 and, to date, has tested 18,000 members of the deer family around the state. Its vigilance is warranted because the spread of the disease has been closing in from the states of Wyoming, Montana and Utah to the immediate south and east. To prepare for what seemed like an inevitability, IDFG updated its CWD plan in 2021. All deer, elk and moose management plans now have components to reduce the potential for disease to impact these populations. The updated plan called for annual testing of deer and elk in Idaho’s northern tip and two areas along the eastern boundary because of CWD-endemic areas in adjacent western Montana and Wyoming. The plan also called for sampling a series of three other areas intensively on a rotational basis starting with the Weiser-McCall and Lower Salmon Mule Deer Units this year, which is where the two CWD-infected deer were found. 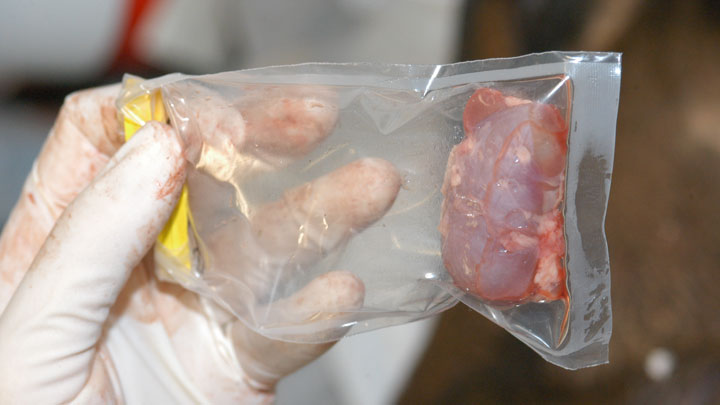 This detection on the western boundary was surprising because adjacent Washington has never documented CWD within its borders. Now that it was discovered, efforts will switch from detection to more intensive sampling to determine the prevalence rate (percentage of infected deer) in that area. If low, there are management options that give wildlife biologists a chance at controlling or limiting the disease—ideally keeping it from reaching levels where it impacts deer survival and causes a decline in deer abundance.

Throughout the West, we see a higher prevalence in bucks, and it’s even higher in mature bucks. This creates a difficult conundrum. Emerging science shows that if we want to slow the spread of CWD and keep it from infecting a higher percentage of deer, then we need to reduce deer density and the number of mature bucks on the landscape as reported by this website in the 2019 article, “Can We Fight Zombie Deer?”

CWD is not something we can fix quickly and then return to normal. It is here to stay. Because of that, hunters need to settle into the reality of hunting with CWD. Whether or not your state or province has detected it, all hunters are affected. Thousands of people who are hunting in other states will return to your home state. The latest cases in Idaho remind us that CWD can pop up anywhere, including where you hunt.

How much you worry about eating tainted CWD-venison is a personal thing. Some people point to the fact that hunters in the Northern Rockies have been eating CWD-positive deer for four decades and there has never been a case of CWD crossing the species barrier from deer to infect humans. However, since 1997, the World Health Organization has recommended that all known prion-infected material be kept out of the human food chain. The Center for Disease Control and Prevention (CDC) agrees and recommends that hunters have their deer tested and avoid consumption of any tissue from CWD-infected animals. Hunters can decide for themselves if they are concerned enough to warrant not eating their deer. Some hunters might choose to eat it but be more hesitant to feed it to their children.

It is very difficult to neutralize the infectious prion by any conventional method. Usually, well-cooked meat (165 degrees F) renders it safe for most pathogens or infectious agents, but you would have to cook your steak to 1,832 degrees F to destroy the prions. I don’t know how you like your steak done, but … . Prions are in all tissues of the body, but in higher concentrations in lymph nodes, tonsils, spinal, brain and other nervous-system tissues. You should avoid these tissues when cleaning and cooking your deer. Most positive CWD deer look and act perfectly healthy, but still many CWD experts I know will not eat a deer that tests positive.

Regardless of your personal decision regarding meat consumption, we all must follow the laws of the state or province where we hunt or reside and do our part to prevent and contain this disease. Every state has a different set of laws so all can’t be listed here. Make sure you are familiar with all appropriate laws regarding carcass transport. Most jurisdictions will allow the transportation of the following:

About the Author
A wildlife biologist with degrees from the University of Wisconsin-Stevens Point and Texas A&M University-Kingsville, Jim Heffelfinger has worked for state and federal wildlife agencies, universities and the private sector. He is the author of Deer of the Southwest and the author or coauthor of more than 200 magazine articles, 50 scientific papers, 20 book chapters and numerous outdoor TV scripts. Chairman of the Western Association of Fish and Wildlife Agencies’ Mule Deer Working Group representing 24 Western states and Canadian provinces, he also is the recipient of the Wallmo Award, presented to the leading mule deer biologist in North America, and was named the Mule Deer Foundation’s 2009 Professional of the Year. A member of the International Defensive Pistol Association and the U.S. Practical Shooting Association, Heffelfinger enjoys weekly competitions with his 1911. The opinions expressed here are his own and reflect his personal point of view.