Perhaps you heard how Houston’s Melanie Pepper made a successful run for the NRA Board last year with her catchy “Pick a Pepper” campaign. Well, the Houston Safari Club (HSC) picked two “Peppers” last night as both her husband, HSC past president John Pepper, and grandson, Tristan Pepper, 13, received prestigious awards at HSC’s Grand Gala at Houston’s George R. Brown Convention Center to wrap up evening events during its 46th Worldwide Hunting Expo and Convention, Jan. 26-28.

First up was John Pepper, a member of the NRA Hunters’ Leadership Forum (HLF) President’s Founders Club, who received the 2018 HSC Frank Greene Award of Commitment. Named for president and founding member Frank Greene, the award is voted on by HSC past presidents and presented to the HSC member who most exemplifies service above self. In introducing Pepper, Morrison said, “This person has continuously given extra time and effort—years of devotion and hard work. This Life member served for the past 22 years as president, vice president and director of the club,” adding how Pepper and wife Melanie, also an HSC past president, have co-chaired the HSC convention and served on numerous HSC committees—“and he is still one of the driving forces of the Houston Safari Club.” 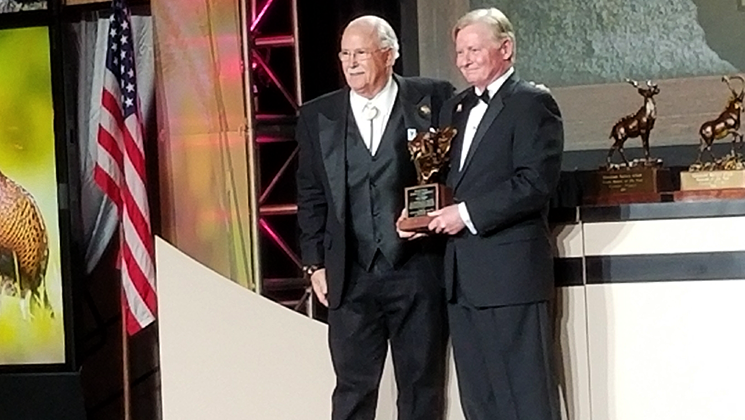 Clearly humbled, Pepper said, “Since this award is presented by past presidents—my friends—it is especially meaningful to me. Houston has a long history of wildlife conservation and the Houston Safari Club has been part of that for 46 years—home to five Weatherby Award winners, five Diana Award winners [including wife Melanie], and six have served as its [HSC’s] president.”  Further acknowledging Houston’s leadership role in advancing wildlife conservation and the shooting sports, Pepper added, “So the next time you put on your [HSC] shirt or cap or pick up your gun case, remember you are part of one of the oldest hunting and conservation organizations in the world. Thank you, Houston Safari Club, and thank you to my wife, Melanie, whose love helped to guide me. …God Bless America!”

You would think no one could rival Pepper’s gracious remarks, but then HSC past president and Dan L. Duncan Scholarship Fund Chairman Deb Cunningham presented the HSC Outstanding Young Hunter Award to Tristan Pepper. “He loves to hunt and is passionate about wildlife conservation,” she said. “He is a true young gentleman and an incredible asset to the Houston Safari Club.”

You could hear a pin drop as the crowd watched a video of young Tristan talking about his award before walking on stage. He explained how he started hunting at age 5 with his grandparents, that his first big game hunt was for Cape buffalo in Mozambique and that his favorite hunts are the most difficult ones in which a hunter must work hard to succeed. 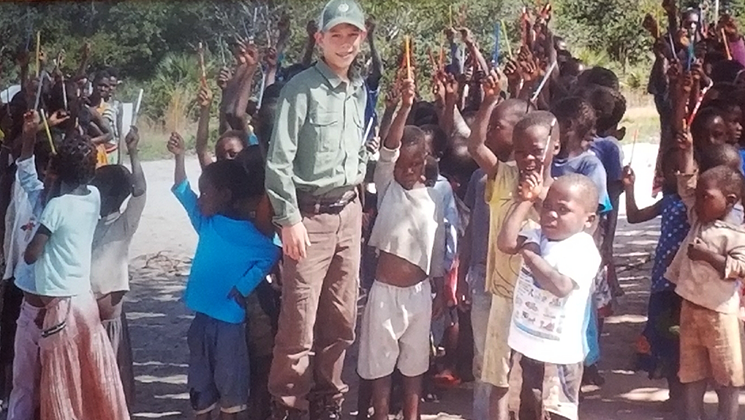 “Hunting with my family feels great,” he said, “and when people say, ‘Wow, he’s a good shot and a good hunter,’ I thank my grandparents and others who have helped me to grow as a hunter—and as a person. Thank you, Houston Safari Club, and thank you, Mrs. Cunningham. Thank you to all the guides and PHs who taught me so much, and my grandparents. Without them I would not be receiving this award.” And just for fun, he added, “I think I’m a better shot than my grandpa.” More mature than his years, this young hunter shared how he has seen firsthand how hunters fund anti-poaching efforts in Africa and how he has experienced bringing much-needed game meat to local African villages to feed those less fortunate. Clearly, young Tristan represents America’s core values and family traditions. My husband, Phil, was so impressed with Tristan’s passion for hunting that he thought it was only fitting to offer him the opportunity to get into bowhunting. Tristan was very excited so it looks like it will cost Grandfather John as I’m sure he will want to repeat his hunts with a bow.

Hitting New Heights
The evening included remarks from HSC President Tommy Morrison, who recalled the HSC’s first social more than four decades ago when the club raised $1,500 for wildlife conservation. Forty-six years later, the HSC’s annual Worldwide Hunting Expo and Convention has grown to the point it had to move to downtown Houston’s George R. Brown Convention Center to accommodate the increasing number of attendees. It now raises nearly $2 million annually through its live and silent auctions and sold-out fundraising banquets over its three-day run.

The crowd enjoyed remarks from HSC Executive Director Joe Betar, who referred to 2018 as a great year of progress. He recognized the convention sponsors, who he said never stop asking, “What can we do to help?” starting with thanking HSC’s top-tier corporate sponsors Wildlife Partners—developers of an innovative conservation breeding program to create sustainable populations of threatened and endangered wildlife worldwide—and Capital Foreign Credit. “As we enjoy the camaraderie,” he added, leading into the start of the live auction, “remember: “You’re not just bidding on cool stuff—you’re bidding on the future of hunting.” 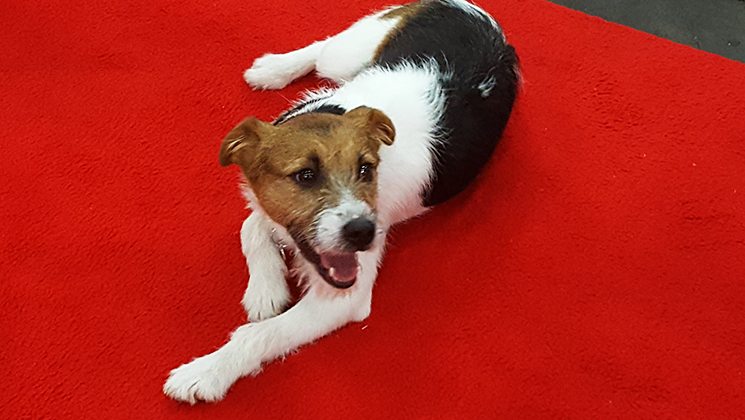 Saving the Best for Last
While more than 50 items were auctioned last night to raise money for HSC’s wildlife conservation initiatives and youth scholarships, HSC saved my favorite for last: a Jack Russell terrier puppy straight out of dog-obedience school. Donated by Sporting International, Mapassa Big Game Hounds Hunting and the Good Manners Dog Obedience School, the puppy was from a line of Jack Russells bred over 40 years for the hunting and tracking of leopard, lion, caracal, jackal and wounded game. I met the pup on the show floor and witnessed his sweet and loveable demeanor—making him ideal as both a family pet and a hunting dog. Fortunately, my friends bought this dog—for more than $8,000—so I will see him again.

Worth noting, evening entertainment was provided by Texas country music singer Roger Creager, who had quite the accordion player in his band. When I suggested I bring my own accordion and play at next year’s gala for free, I somehow got the impression HSC intends to go another route. There goes the polka party. Actually, I should focus on getting a paid gig anyway. I have my eye on a Spanish ibex or mouflon hunt with last year’s 2017 HSC Professional Hunter of the Year, Bruno Rosich of Trophy Hunting Spain.

As for what song to start with, how about “Lady of Spain?”