It is no surprise to NRA members that two of our own hunting and conservation experts are in the mix: Chris Cox, executive director of the NRA Institute for Legislative Action (NRA-ILA), and Ward “Trig” French, who with NRA 1st Vice President Richard Childress, serves as the national co-chair of the NRA Hunters’ Leadership Forum (HLF).

Zinke announced his plan to create the HSSCC earlier this year so its members could begin “providing input to the SOI and the Secretary of Agriculture regarding the establishment and implementation of existing and proposed policies impacting wildlife and habitat conservation.” The Council also will examine ways to benefit wildlife resources; encourage partnership among the public, sporting conservation organizations and state, tribal, territorial and federal government; and benefit recreational hunting and shooting sports. 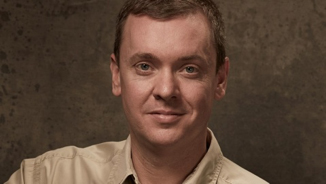 “America’s hunters and recreational shooters have a champion in Secretary Ryan Zinke,” said Chris W. Cox, executive director of the National Rifle Association’s Institute for Legislative Action. “Zinke is fighting for our sportsmen and women to have greater access to our public lands. I am pleased to work with the Trump Administration’s new Hunting and Shooting Sports Conservation Council to make it easier for Americans to enjoy our public lands.” 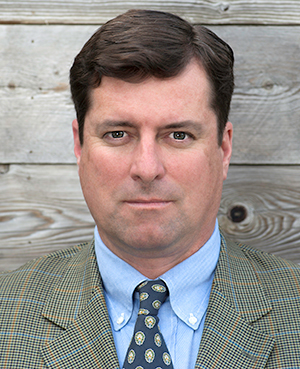 NRA HLF Co-Chair Ward “Trig” French echoed the same level of passion and commitment, saying, “I am honored and look forward to contributing to the conversation with Secretary Zinke's newly formed Hunting and Shooting Sports Conservation Council. With a lifelong passion for the shooting sports and hunting in our great outdoors, the opportunity to promote and expand access to sustainable hunting and shooting sports on public and private lands is a long-held goal.” In protecting the future of hunters and hunting, French added, “With rational and thoughtful dialogue among varied stakeholders, one can be hopeful that consensus can be reached resulting in the fair and wise use of our public lands for the benefit both of the present and future generations.”

The HSSCC will meet approximately twice a year. Its role is strictly advisory and the duties will consist of providing recommendations for implementation of Executive Order No. 13443 (E.O.): Facilitation of Hunting Heritage and Wildlife Conservation; Secretarial Order No. 3347: Conservation Stewardship and Outdoor Recreation; and Secretarial Order No. 3356 (S.O.): Hunting, Fishing, Recreational Shooting and Wildlife Conservation Opportunities and Coordination with States, Tribes, and Territories.

The establishment of the HSSCC may be one of the best ways yet for the collective hunting community to come together and communicate with the public that sustainable, regulated hunting is not just a mainstream American tradition: It is a critical wildlife management and conservation tool. We American hunters are hardwired to responsibly use our renewable wildlife resources just as our forefathers did before us.

As NRA-ILA’s Chris Cox has stated repeatedly, SOI Ryan Zinke clearly recognizes that hunters and anglers are the backbone of successful fish and wildlife management. This is why he has prioritized hunting and fishing access from day one. For a rundown of Zinke’s numerous accomplishments after just one year in office, click here.

For the complete list of those named to the Hunting and Shooting Sports Conservation Council, click here.

Editor’s Note: As noted by the Department of the Interior, the Hunting and Shooting Sports Conservation Council is designed to further the provisions of the following: the Fish and Wildlife Act of 1956 (16 U.S.C. 742a); the Federal Land Policy and Management Act of 1976 (43 U.S.C. 1701); the National Wildlife Refuge System Improvement Act of 1997 (16 U.S.C. 668dd); other Acts applicable to specific bureaus;  and Executive Order 13443—“Facilitation of Hunting Heritage and Wildlife Conservation.” The Council is regulated by the Federal Advisory Committee Act (FACA), as amended, 5 U.S.C. Appendix 2.