As recently noted on NRAHLF.org, the opening of 1.4 million acres of federally-managed property to public access sends a clear signal that the U.S. Fish and Wildlife Service (USFWS) and the Department of The Interior (DOI) are taking action to encourage more outdoor participation—including hunting and fishing.

This, along with notably expanding and evolving recruitment, retention and reactivation programs nationwide, shows a markedly prioritized emphasis on the need to address declining hunter ranks by a growing number of industry partners.

The DOI/USFWS’s rule expansion doubled the acreage that was opened in the previous five years and now there are 77 wildlife refuges and 15 national hatcheries open to new or expanded hunting and fishing opportunities for fish and game species.

USFWS Principal Deputy Director Margaret Everson said, “This generations-old heritage of hunting and fishing is all about loving outdoor traditions and time spent with family.” 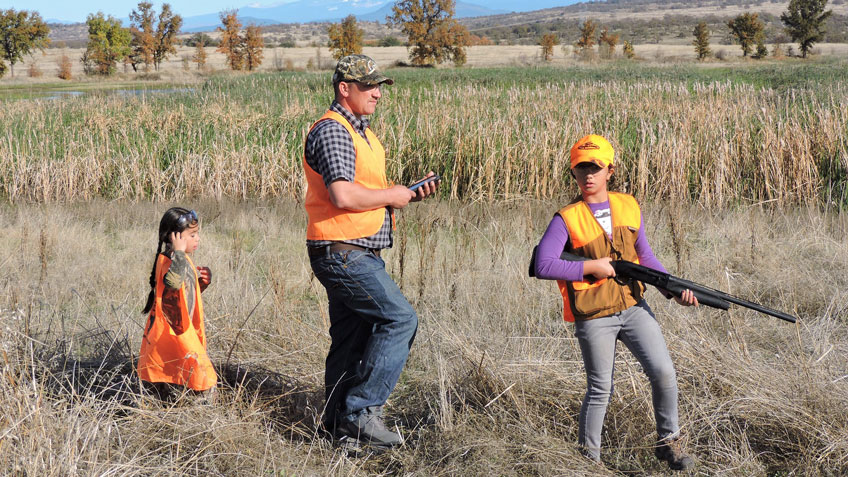 For 25 years, the Bureau of Land Management (BLM) Redding Field Office, California Department of Fish and Wildlife and the Shasta County Sportsman’s Association have partnered to provide a hunting opportunity for youth and women to experience America’s great outdoors. Each year, the Annual Pheasant Hunt takes place at the Sacramento River Bend Outstanding Natural Area. Partnering is just one of many ways that the R3 movement manifests itself at the state and local levels. (Image by Eric Coulter, BLM.)

As noted in one of my previous articles for this website, programs and other R3 (recruitment, retention, reactivation) efforts are being implemented in states across the country. Efforts are accelerating the current national efforts initiated by hunter-backed organizations such as the National Rifle Association to mentor and recruit, retain and reactivate participants in outdoor recreation.

In South Dakota, for example, the state’s Department of Game, Fish and Parks Commission recently passed a resolution (Resolution 19-22) calling for R3 priorities and impacts to be considered on future rules and regulations. Recognizing that the decline in hunter numbers has a direct effect on the state economically, politically and socially, the resolution calls for the following—perhaps a good example for other states to consider:

Now, Therefore, Be it Resolved, prior to amendment or adoption of regulations, the Commission shall consider the impact the regulation would have on recruitment, retention and reactivation of hunting, angling, trapping and outdoor recreating participants.

Be it further resolved, the Commission shall consider, at a minimum, the following criteria when determining whether to adopt or amend a regulation: 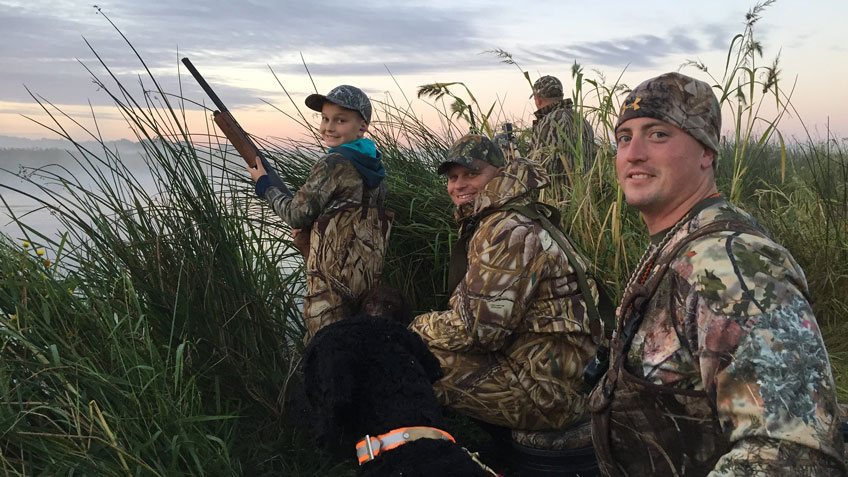 Liam Wendling along with Liam’s father, Josh, and hunting mentor Randy Haken watch the fog clear while hunting on Long Meadow Lake in Minnesota. Bringing the next generation hunting and mentoring are all part of the R3 movement to recruit, retain and reactive hunters. (Image by USFWS Midwest Region.)

For more good news, in Colorado, the state’s Department of Parks and Wildlife (CPW) has taken an incentive-driven approach, along with various partners, to encourage—and reward—hunters who take friends into the field with them. They’ve created a contest for mentors who get others involved and pass along their knowledge. To qualify, the mentors must take a novice hunter out and submit a photograph and a brief story about the trip. Additional qualifications apply, such as requiring the mentor to work with the novice on at least three occasions, at least one of which must be an actual hunt. There are some nice prizes to be awarded, including: $600, $500 and $100 gift cards, a super package of hunting wear, a spotting scope, a top-quality cooler and more.

Another good example is in Idaho where the Idaho Wildlife Federation created a “Beer and Butcher” Event Series out of a desire to “engage both hunters and non-hunters in a fun and educational event.” They partner with local businesses and address growing interests in “source[ing] ethical, clean meat.” At each event, sponsored by a local company, a butchering demonstration is conducted and interested participants can get hands-on experience with skinning, quartering, deboning and butchering wild game. 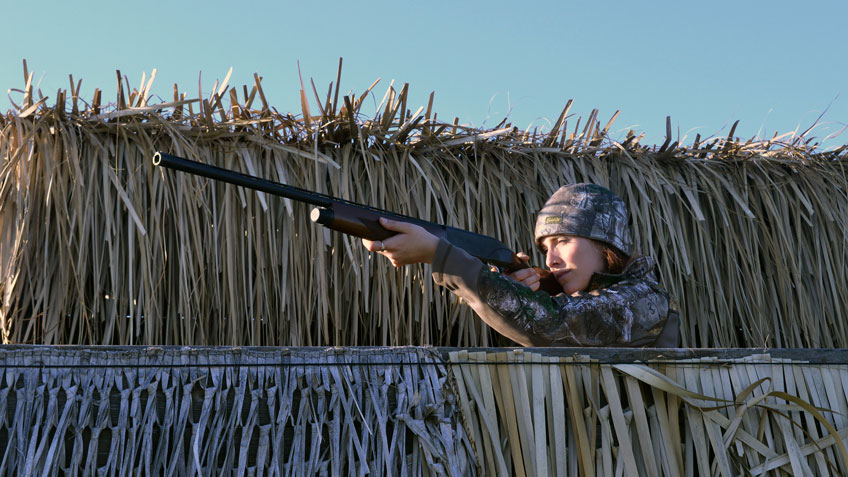 Although female hunters are a growing segment of the hunting population, their numbers don't make up for the loss of male hunters. Still, it is important to keep women involved in the sport because theoretically if not yet in actuality, they will bring their children up to hunt. (Image by Chuck Traxler, USFWS Midwest Region.)

Organizers say the events are easy to put on and they cost little or nothing with the support of local companies and sponsors. Participants are giving the events “great reviews.” As for the beer…well, draw your own conclusions. But, if the local brewery donates beer, of course, it’s a good incentive, right? For more information on these events, contact: Becca Aceto, communications and outreach coordinator, Idaho Wildlife Federation at [email protected].

These are just a few examples of the variety of programs and efforts taking place to put more emphasis on the vital R3 campaign. It’s clear that the future of our hunting heritage depends on the success of these and similar efforts. It’s important to share ideas and the details of such successful efforts. You never know what will inspire others to take up the challenge.

About the author: Chris Chaffin has been an outdoor communicator, educator and partnership manager for more than 40 years. On the national scene he has represented several prominent companies in the outdoor community and served two terms as treasurer of the Professional Outdoor Media Association (POMA), eventually taking on the roles of vice-president, president and chairman of the board. In 2007, he launched Chaffin Communications, Inc., a communications consulting company focusing on the outdoors. In 2012, with support from the Outdoor Adventure Dream Giveaway, Chaffin founded and currently manages the Outdoor Adventure Conservation Fund, a Florida non-profit established to encourage and facilitate more people participating in traditional outdoor activities.