While we pause today to remember those who lost their lives in the 9/11 terrorist attacks and all the people affected by those losses, we know that the death toll continues to climb for those who spent time at Ground Zero. We also know that without the bravery of the first responders who rushed inside those burning New York City skyscrapers, the numbers lost would be higher still. Will Jimeno was one of those first responders.

The “HONOR” video series by Mossy Oak Capture Digital Productions recognizes the sacrifices military members and first responders make in service to our country and communities. What is refreshing about the productions is that the deft story-telling never sentimentalizes. Some of us may be suckers for excessively slick shorts, but the “HONOR” videos are told in a straight-forward manner without special effects or artsy lighting. In this way, each piece grows on you, swelling your heart without hitting you over the head with emotionalism. 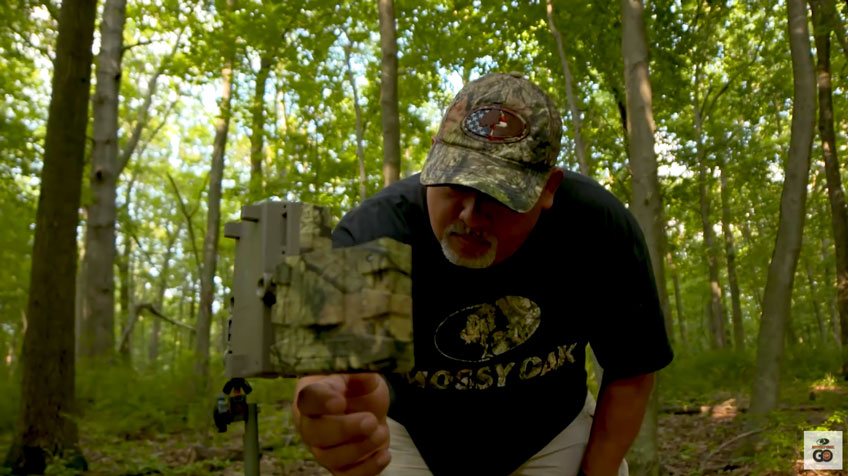 The video entitled “Will Jimeno—9/11 Survivor—HONOR” tells a relentlessly positive story of a Columbian-American veteran who also served with the Port Authority of New York and the New Jersey Police Department. On Sept. 11, 2001, the rookie was trapped in the rubble of the fallen South Tower for 13 hours and was the 18th of 20 individuals extracted alive. Jimeno’s harrowing story of survival was told in detail in a USA Today one-year anniversary collection of miracle accounts from 9/11.

Jimeno’s positive attitude is evident throughout the Mossy Oak “HONOR” video, but he admits how depressed he became during the recovery process. Three of the five officers with him that day did not survive, and Jimeno was pinned by a concrete wall. He went through a Rolodex of things in his mind during those long hours, in between conversations with his fellow survivor, John McLaughlin. Of the many reasons to live that played through Jimeno’s mind, one was hunting. He thought about hunting for a long time.

Mossy Oak Tips Its Cap to a 9/11 First Responder Who Hunts
Will Jimeno tells his own 9/11 survival story through this Mossy Oak “HONOR” video, especially how thinking about hunting was one of the ways he survived his entrapment in the Twin Towers rubble.

During rehabilitation, Jimeno received a call from Mossy Oak Founder and Chief Executive Officer Toxey Haas. Jimeno began to cry and handed the phone to his wife, who explained to Haas that Jimeno was emotional at the moment but she wasn’t sure why. When Jimeno got back on the phone, he told Haas that he looked up to him as an outdoorsman and here Haas was taking time out of his day to call Jimeno and check in on him.

When Jimeno left for work on Sept. 11, 2001, he kissed his daughter, his wife and his wife’s belly. She was seven months pregnant with their second daughter. Olivia was born on her father’s birthday that November, giving him one more reason to work toward full recovery. Sixteen years later, Olivia said that she wanted to try turkey hunting with her dad. You’ll have to watch the video to find out how that dad-daughter hunt turned out.

The “Will Jimeno—9/11 Survivor—HONOR” video was made by Mossy Oak in association with the company’s Sportsmen Organized for Law Enforcement (SOLE) organization. SOLE provides a way for hunters to band together to show their support for police officers. Donations are made to three organizations through the foundation: Below 100 provides specialized life-saving training to police officers; Spirit of Blue makes specialized equipment such as body armor and tourniquets available to departments that may not be able to supply them to their officers due to budgetary constraints; and COPS (Concerns of Police Survivors) aids family members of slain officers in moving forward.

SOLE: Training Protecting and Honoring Law Enforcement
The impact of hunters’ dollars on wildlife conservation is immeasurable, including bringing threatened and endangered species back from the brink. Hunters now have the chance to show—as a group—their support of endangered law enforcement members.